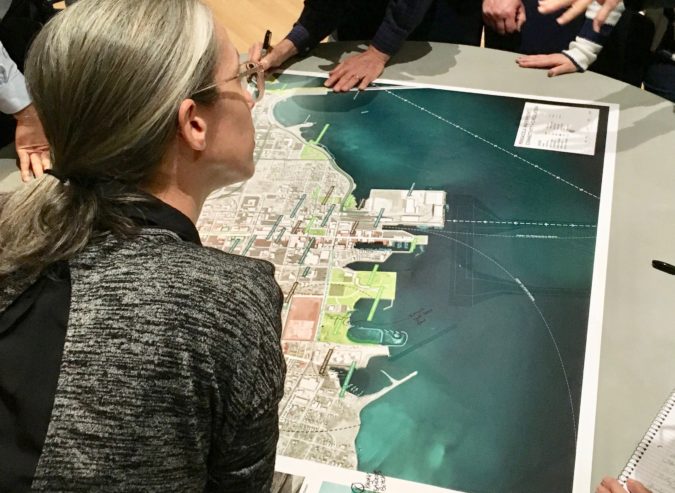 Last summer, the Pensacola City Council decided to refinance $40 million of debt associated with the Community Maritime Park and then borrow $17.7 million to fund project in the downtown CRA. The decision was made in the context of a proposal from New York-based landscape architect firm SCAPE focused on better connecting downtown to its waterfront and improving walkability; council had recently received the firm’s final plans.

While it was left unspecified at the time what exactly the funds would be used for, beyond their designation as CRA-specific, the suggestion was that the funds were for the plans SCAPE had just presented.

“I think we’re on the precipice of a second transformative event and that’s what we’re looking at financing now,” Councilman P.C. Wu said at the time, comparing SCAPE’s plan to the construction of Maritime Park.

On Monday, Mayor Robinson said that it was uncertain exactly what the funds would be used for, but that the topic would be discussed during a council workshop next month.

“Listen, $17 million is a lot of money, but it’s not going to do everything that we want to do, so we need to prioritize it and also figure out which ways we can also leverage that into additional funds,” Robinson said, before clarifying that he would be advising council to focus on SCAPE’s plans for downtown. “I believe you’ll see us recommending Hashtag projects and the SCAPE projects, is what the mayor’s office will be recommending.”

He added, “Again, council, eventually they’re the ones that appropriate it. They have to vote on it.”