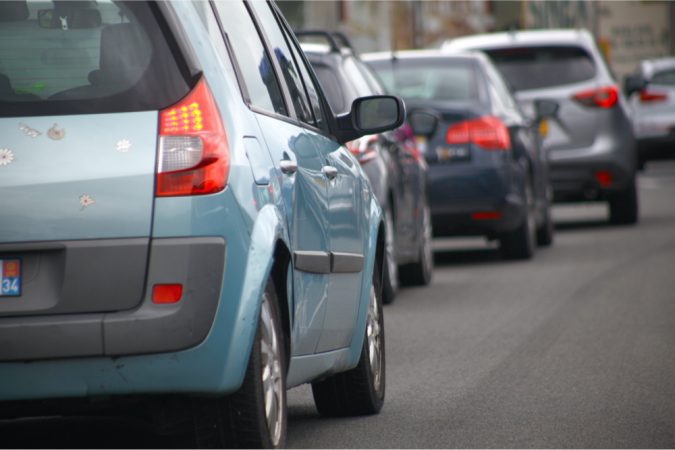 Again assuring that we are approaching the “light at the end of the tunnel,” Pensacola Mayor Grover Robinson continued this week to urge people to practice safety measures like social distancing and the wearing of masks to curb the spread of the coronavirus.

“We think we’re getting close to the light at the end of the tunnel, but February is still going to be a month where we don’t have the opportunity for those vaccines quite to kick in yet,” the mayor said Monday during his weekly presser conference.

Although positivity rates for COVID tests continue to “bounce around” in the plus-10 percent range, the mayor said that local coronavirus-related hospitalizations have “trended down dramatically.” From a high nearing 300 in the middle of January, hospitalizations have now fallen below 200.

“We’re seeing some relief in our hospitals, and we’re excited to see that,” the mayor said.

Robinson also nodded to the current vaccine supply shortage, explaining that the area’s allotment had been cut in half recently, from 8,000 to 4,000 per week.

“We have more than ample opportunity to distribute,” the mayor said, citing the availability of municipal properties as distribution sites. “Our big challenge is getting supply.”

Last week, the city opened its newest community center at Bayview Park on the banks of Bayou Texar. Mayor Robinson said Monday that it’s hoped the facility will help foster the community’s connection to the bayou.

“We’re certainly very excited about the rowing, kayaks, paddleboards, a variety of things we can do to activate our waterfront,” Robinson said, mentioning some of the amenities that will be available at the park.

The new facility itself replaces the former gymnasium-style community center. It features outdoor decks and balconies overlooking the water and will be utilized for community gatherings, water sport activities and event rentals.

Mayor Robinson stressed that the new community center is intended for the entirety of Pensacola.

“It really is all of Pensacola’s park,” he said. “While it sits in East Hill, sits on Bayou Texar, it really is in the center of the city and is really created in a way, in much of what it does, to allow for activities for people from all over the city and even those from outside the city, it’s probably one of those parks that actually draws people from outside the city.”

Last week, Mayor Robinson relayed word from the Florida Department of Transportation that work on the 17th Avenue portion of the Pensacola Bay bridge project would be delayed beyond the bridge’s reopening, which briefly opened before being knocked offline by Skanska’s barges during Hurricane Sally.

But this week, Robinson had better news to report: FDOT has now “sort of reworked some things,” and the agency expects to have 17th Avenue available, in some form, for exiting off of the bay bridge, when it reopens in March.

While 17th should be available for exiting the bridge, using the entrance route will be more tricky and has yet to be worked out.

“For entrance onto the bridge, we still will be able to utilize 17th, but it will require us to be a little bit more creative with how we do that,” Robinson said, explaining that the city is still discussing the issue with FDOT.

The mayor did not say when he expects the work on the 17th Avenue flyover to be completed but said he hoped to see it wrapped up before the start of the summer season.

“The landing part was always going to be a challenge, and we knew it was going to take some work and some patience,” he said.

“We don’t teach children, but we believe we are integral to their learning,” the mayor said.

Robinson said that this week he would be meeting with the mayors of Gulf Breeze and Milton, as well as Escambia County School District Superintendent Tim Smith, on the possibilities of coordinating on these efforts. He declined to elaborate on what precisely such efforts might entail or how the respective cities might contribute to or coordinate educational efforts.

“We’re still putting some things together on it; I don’t have the total details on it at this point,” Robinson said.

The mayor did say that former Pensacola City Councilwoman Jewel Cannada-Wynn had been instrumental in initiating this discussion and that the plans had been brewing since before the pandemic (“we’ve been in the works for about a year now, on hold”). He also said that the city’s Neighborhood Services and Parks and Recreation departments would play a role.

“We have a number of things we believe we can work with the school board and the schools that are in the city limits of Pensacola, and we believe we can offer, I guess, additional opportunities and resources to help our children with their education and we’re excited,” Robinson said.