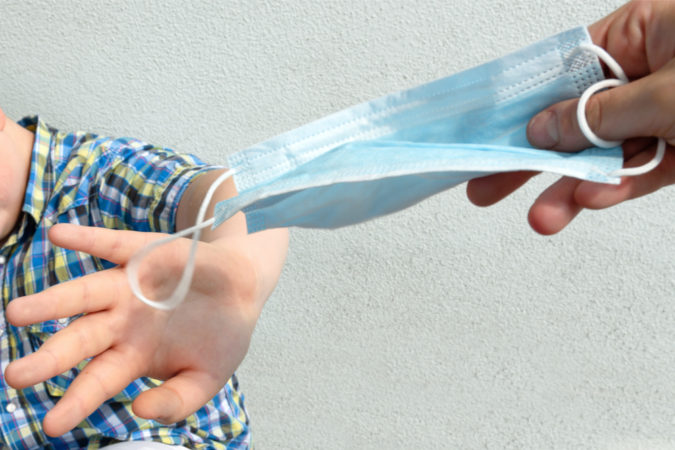 Although Escambia County officials have declined to mandate the wearing of masks in public spaces — as the Pensacola City Council requested last month — Mayor Grover Robinson said Monday that he was glad to see the county pass a resolution requesting that people wear masks.

“That’s the way they’ve looked to deal with it,” Robinson said during his weekly press conference. “The county has done it, they’ve just come up with a different way of saying it.”

Describing the decision by the Escambia County Board of County Commissioners to go with a soft-touch resolution as opposed to an actual requirement as “funny” and “interesting,” Mayor Robinson noted that some commissioners are facing an election and that he understood their political calculations in forgoing a mask mandate.

“I understand there are challenges they have to work with,” the mayor said.

The city of Pensacola does have a mask order is place. Escambia officials have expressed a hesitancy to do the same, citing the inability to enforce any such order. Since the city order has been in place, officials have chosen to focus on education over enforcement.

“I think at the end of the day they did sign a resolution that says you do need to wear a masks,” Robinson said.

Other items hit upon during Monday’s mayoral presser included the city’s continued policy of holding virtual meetings, as well as the risks associated with attending in-person church services.

Wherever Two or More Are Gathered (at least Six Feet Apart)

Over the weekend, Reverend Dr. Michael Johnson, pastor of Sixth Avenue Baptist Church in Pensacola, died of COVID-19. Asked about the pastor’s passing, as well as the prudence of continuing to conduct in-person church services during the pandemic, Mayor Robinson said that he thinks churches need to assure attendees that safety measures are in place.

“I think the church needs to think about how they’re going to do that w/ social distancing,” Robinson said of in-person services, adding that his church was limiting the number of attendees allowed in a service.

The mayor also said that area churches should be “creative” in connecting with their congregants, and suggested that streaming services on the internet could be key.

Since the shutdowns of the spring, Pensacola City Hall has been closed to the public. This has meant that when public meetings are held, such as those of the Pensacola City Council this week, the only avenue for public participation is through virtual means.

Such municipal meetings have been ok’d by a special allowance from the governor during this time of the coronavirus pandemic and Mayor Robinson said Monday that the city intends to continue with the arrangement for the time being.

“We’d love to be in person, but this is what we’re learning to do,” Robinson said.

The mayor said that city meetings will remain a virtual experience for now in an effort to limit the transmission of the coronavirus.

“We don’t want government to be a cause for a spike,” Robinson said. “The last thing we need to be doing is creating a potential problem or a spike.”