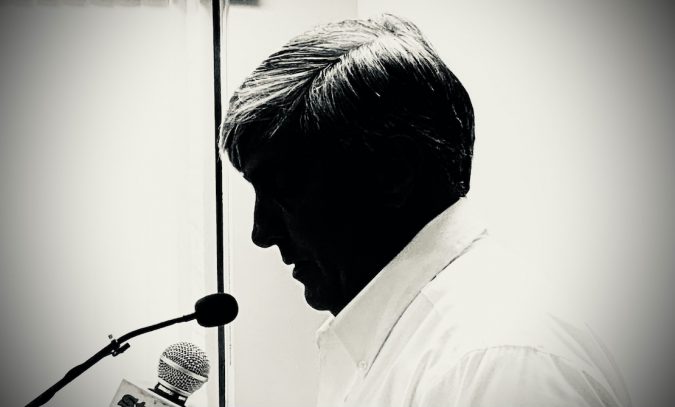 As the year rolls into another month, Mayor Grover Robinson opened his weekly press conference Monday with a personal, countdown-math reveal: the calendar is tethered to the mayor’s term in office, after which he’ll hike giddy and light as air through one national park and then the next.

“We’re down to November here, so only 13 months and counting,” Mayor Robinson said. But, who’s counting?”

The End of COVID (data)

As of Friday, the test positivity rate for COVID in the area was a 4.9 percent. Hospitalizations from the virus on Friday were at 42.

Those are the last COVID numbers we’ll be getting from the city. At least for now. Mayor Robinson said Monday that he no longer intends to request data from local hospitals because the numbers have dropped to a manageable level.

“I have told them that this Monday will be the last time that I would request that they have to do that for the city, with the condition, the caveat, that obviously if we see something go up and we see an increase and we get over 50 that we would pick back up and get those numbers that we could display to the public,” the mayor said.

Robinson went on to say that, in addition to dropping numbers, healthcare providers had also increased their understanding of COVID and how best to address the needs of those impacted. That understanding and resulting response, he said, should continue to increase.

“I think that we’re getting a better idea of how to handle COVD and how to address it going forward if we were to have another spike,” the mayor said.

Last week, the Pensacola City Council discussed the potential for operating a municipal utility instead of re-upping a franchise agreement with Gulf Power, soon to be Florida Power & Light. Mayor Robinson said Monday that he’s glad council will be taking more time with the issue of initiating a feasibility study early next year.

“I think the workshop is a good place for us to go,” the mayor said.

The council said that he thought the discussion would give city council members an opportunity to learn more about the issue of both municipal power companies and the franchise negotiations, thus allowing them to better decide what direction they wanted to go and what exactly the move would accomplish.

“The council will not be the one negotiating, that’s the mayor’s office, but it is difficult to negotiate with the mayor’s office if we don’t know what everybody wants,” Robinson said. “That came out last Thursday more than anything. That’s why the workshop needs to happen in so many ways. I think it’s a good thing.”

Mayor Robinson said that state Senator Doug Broxson had reached out, advising the city to consult the state office of public counsel for information regarding operating a municipal utility, which he said he planned to do. He also said that he would be content to hit pause on the city’s ongoing negotiating process while the option of a public utility was considered.

“It’s not necessarily my thing that we’ve got to solve,” he said. “We’ve done it for 12 years almost without anything, just going month to month. I have no problem going another 13 months month-to-month.”

Mayor Robinson also addressed what both City Administrator Keith Wilkins and Pensacola City Councilwoman Jennifer Brahier last week referred to as a “rumor,” saying he did not expect Gulf Power to cut off its charitable contributions to local organizations if the city conducted a feasibility study: “I think that would be crazy.”

In Defense of Density

During an meeting of the city’s affordable housing task force last week, a Habitat for Humanity representative commented that there was available land in the area not being utilized that could come into play in easing the region’s housing crunch.

Mayor Robinson on Monday said he agreed — “Yeah, I think there is a lot of land that could come forward and needs to come forward” — and said that he thought infill development could play a key role in expanding the city’s available stock of buildable lots. He said increasing density in certain areas could improve not only the housing stock, but also issues like increasing multi-modal modes of transportation, calling infill developments a “win-win-win, all the way around, albeit not without detractors.

“We do need to do infill. I know it’s a little bit challenging for people who have had areas where there have been these vacancies of properties and we’ve gotten somewhat use to that and the concern is ‘now you’re building a house next to me,’” Mayor Robinson said. “At the end of the day that’s where we are as a city. I mean, you talk about some of the pictures — if you go back and look at some of those pictures of the early 1900s, the downtown area, the East Hill area, North Hill area, were considerably more dense. We’ve had a lot of homes that have escheated and the property and the homes have been torn down and we have vacant lots. I mean, yeah, those lots may be nice, people may not like having people further away, but at the end of the day they probably need to be redeveloped and get back into better use.”