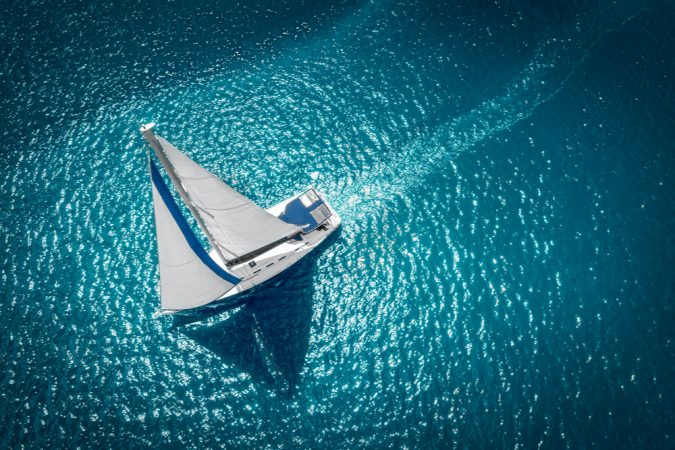 Recognizing the approximate anniversary of the onset of the COVID era, Pensacola Mayor Grover Robinson reflected on the past year and its challenges Monday during his weekly press conference, saying that while the impacts of the coronavirus will take time to get past, he’s just as concerned about the societal divisions that have grown ever more pronounced.

“The fracturing with where we are as a community, it’s very difficult,” Robinson said. “Our country is certainly very polarized; I certainly don’t want to see that happen to the city of Pensacola.”

Looking beyond the days of coronavirus constrictions, Mayor Robinson said that the city’s recovery efforts and continued success thereafter would depend on a united effort.

“We see very positive things around the corner for the city of Pensacola, but those are incumbent on us working together,” he said.

Recently, Pensacola District 2 City Councilwoman Sherri Myers announced that she is forming a group called Pensacola City Exit, with the aim of deannexing the northwestern area of the city because she feels those areas are not be severed adequately.

Mayor Robinson said Monday that he was disappointed to hear of the councilwoman’s plans.

“Unfortunately, Councilwoman Myers has the tactics she uses. I don’t think it necessarily produces what we want to see happening,” he said.

Robinson also defended the city’s treatment of District 2 — “plenty of good projects happening in District 2,” — saying it was treated equally among its other districts.

“We’ve certainly been there, making improvements in District 2, but [also] in districts 1, 3, 4, 5, 6, and 7, our goal is that everywhere in the city you’ve got to have success,” the mayor said.

Sunday in the Plaza

The city may be bestowing recognition upon John Sunday, naming the plaza outside Pensacola City Hall after the historical African-American citizen.

“We’ve talked about ways that we could recognize our history more inclusively, and this is one where we could do that,” Mayor Robinson said Monday.

This week, the Pensacola City Council will be considering a proposal to name the plaza after Sunday, an ex-slave who served on the city council and was a prominent local businessman. The mayor has been working with local historian Teniade Broughton — who was elected to the city council in November — on this effort. He said that Parks and Recreation Director Brian Cooper suggested considering the plaza when looking for an appropriate place to recognize Sunday.

“I loved the idea,” Robinson said, explaining that he had been looking for ways to “activate” the “dead space” plaza outside city hall.

If the city council approves this proposal — which includes installing a plaque — the recognition will arrive in time for Black History Month in February.

Last week, Mayor Robinson met with Escambia County School District Superintendent Tim Smith about coordinating educational efforts. While he continues to offer somewhat limited accounts of just what this effort might involve, the mayor did say the meeting went well and that the city will be working with both Pensacola High School and Washington High School — both of which are within the city limits — and that he had also met with the principals of those respective schools.

“There are several initiatives,” Robinson said, without elaborating, except saying that while the city wasn’t equipped to educate students, “we can provide enhancement, and we certainly can provide assistance.”

“We believe that it will help us successfully bring parents and students together and help them in the educational process,” he said of Parent University. “It fosters a better working relationship all the way through the school system.”

Last year, the American Magic sailing crew was holed up at the Port of Pensacola, training for the American Cup. The team had a bad run of it in the New Zealand race, capsizing and requiring a tow back to shore.

“If there wasn’t bad luck, they’d have no luck this year,” Mayor Robinson said.

The mayor said he’d spoken with Skipper Terry Hutchinson following the team’s exit from the race. The mayor extended an invitation to return to the port to train — “we hope they’ll be back at the port next year” — and told him there would be “better days ahead.”

“I said you’re kinda like the Ford vs. Ferrari, when they go the first year, they can’t get anything to work. The next year, you know, you’ll be on cue,” the mayor recounted.