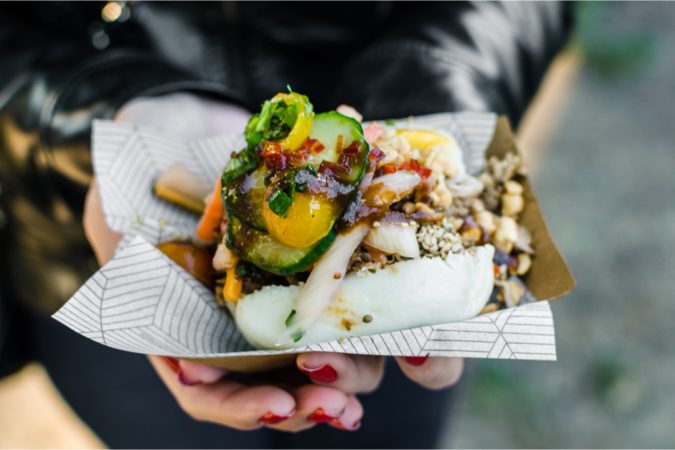 With Hurricane Ida hitting well to the west of Pensacola, Mayor Grover Robinson said there was still cause for caution.

“Ida has weakened into a tropical storm, but again, here in Northwest Florida, we continue to experience tropical storm conditions, both in rain, some wind and coastal flooding,” the mayor said during his regular Monday press conference.

While the city saw no significant impact from Ida, the mayor did rundown a trio of occurrences that did unfold over the weekend. The first two are still under investigation, and the third is being handled.

First, a fatal wreck at Maritime Park, where the driver was killed, is still being investigated. Second, and also under investigation, an incident at the Pensacola International Airport involved a rental car catching on fire; the Pensacola Police Department rescued two passengers, while the Pensacola Fire Department put out the vehicle fire.

The third incident involved a project at Mallory Park, where clay had recently been put down in preparation for the park’s soccer fields. With the rains blowing through with Ida, some of that clay has now washed away.

“They should have certainly silt-fenced that, knowing some of the conditions that we were going to be experiencing,” Mayor Robinson said, explaining how the clay had “migrated with the rain” and how the city is currently “working to and efforting to making it as clean as possible there, what may have gotten in the stormwater.”

In this week’s COVID rundown, Mayor Robinson clung to the silver lining: a slight decrease in both positivity rate and hospitalization numbers.

“We hope this is going to be a signal of some things that are heading us in the right direction,” Robinson said.

But the forecast is far from sunny. That positivity rate is only down to 20 percent, and while local hospitalizations have mercifully fallen to 356 as of Monday, that’s down from a record high of 398 last week.

“Obviously, that’s still high,” Robinson said, noting that anything over 200 hospitalizations would be considered unsustainable, and we’re “a long way from getting in the clear.”

As usual, the mayor pushed vaccinations as the best way to level off these numbers. He said the city has continued to urge employees to get vaccinated — bringing vaccination operations to city facilities to make it convenient and offering financial incentives as well — and that thus far, 10 percent of its workforce had received a COVID vaccine.

Considering the area’s low vaccination numbers in general, coupled with the high number of COVID cases and hospitalizations, the latter consisting primarily of unvaccinated patients, the mayor said he didn’t understand why more people weren’t getting a vaccine:

“I don’t know why more people; it hasn’t dawned on them to get vaccinated,” Robinson said. “But I think it’s become a variety of other issues. It hasn’t become about health; it’s become about politics and belief. It’s just — those things are tougher to deal with. And so I think it’s just been a tougher situation.”

Soon, the mayor predicted — “reading the tea leaves” — everything will boil down to the bottom line. In this case, the bottom line of insurance companies, which he expects to begin pushing customers to get vaccinated based on the fact that unvaccinated people will cost more money when it comes to healthcare: “I don’t think elected officials are that powerful, but insurance companies are dadgum powerful, and they can find a way to hit you in the wallet. I think that’s what we’re going to see.”

For a while now, patrons of various local establishments that don’t themselves serve food, such as breweries, have been able to step outside to the curb and order something to eat from a food truck. The food truck is there for a few hours, typically during peak business hours, then gone.

This arrangement has seemed to work until earlier this month. That’s when Councilwoman Ann Hill brought up the issue to Mayor Robinson. He soon discovered that according to city ordinance — albeit an ordinance the city had not been actively enforcing — the food trucks were not allowed to operate in the public right of way.

“At that point, I simply thought, for sure, if a council member is asking us to enforce a council initiative, we should be doing that,” the mayor said.

So, now, the city does not allow anyone to park on public property, including parking areas, for commercial purposes. The ordinance pertains to items such as vehicles for sale but also includes food trucks.

“This past weekend, we have not fined anybody or anything else; we want to make people aware of what the rule was. I think this weekend we will be out there fining people on public property. It is the law by ordinance,” Robinson said.

The mayor clarified that the city was not changing existing rules but rather shifting the municipal response. He also pointed to a local mobile establishment that has already evolved into a permanent fixture on a fixed, private site.