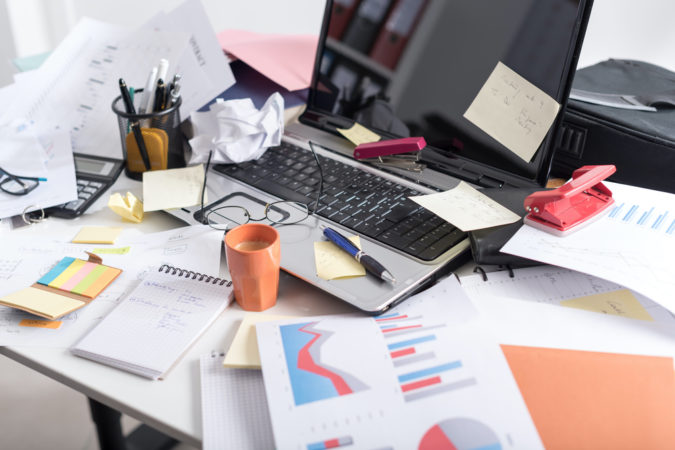 With Florida’s cases of COVID-19 spiking upward as the state pushes forward in its reopening, Pensacola Mayor Grover Robinson urged people to continue, or return to wearing masks in public.

“We just got comfortable, we started taking them off,” Robinson said during his weekly press conference Monday morning.

The mayor recounted his weekend observations of a lax environment, where more folks went without masks than those choosing to wear the face coverings aimed at reducing the spread of the coronavirus.

“At Publix, I saw probably 30 percent of people wearing a mask, at Joe Patti’s it was probably 10 percent,” he said.

The mayor reported that Escambia’s County’s number of COVID cases, as of Sunday, June 21, sat at 1,198, with an upward trending 4.8 percent positive test rate. Perhaps more key, there are currently 24 individuals hospitalized for the coronavirus.

“That is the highest number we’ve had since the middle of April.” – Grover Robinson on 24 individuals hospitalized for the coronavirus.

“That is the highest number we’ve had since the middle of April,” Robinson pointed out, echoing the Florida Department of Health’s advice to wear masks. “The most important thing we can do is wear masks.”

Although the numbers are trending upward, the mayor noted that area hospital officials have reported they are not currently in danger of running into capacity issues. Of the 14 people hospitalized, he said, only one was currently requiring the use of a ventilator.

“They feel like they never even scratched the surface on their capacity,” Robinson said.

The mayor said that he didn’t feel like any retreats on the state’s phased reopening are currently necessary, and wouldn’t be unless there was a sharp increase in hospitalizations.

“I think we’d probably have to be double, triple where we are now,” he said.

Robinson stressed that the goal shouldn’t be viewed as stopping the spread of COVID — “I think stopping it altogether is an unrealistic goal” — but rather to slow the spread of the disease to a manageable level.

“The goal is not to prevent people from having COVID, the goal is for our hospitals not to get overwhelmed,” the mayor said.

While Robinson pointed to masks as the best hope for slowing Florida’s spike in COVID cases, he said the city of Pensacola has no current intentions to enforce mask-wearing in public spaces via fines or other measures.

“We’re going to continue to ask people,” he said.

As the next component in the city’s efforts to improve relations between the Pensacola Police Department and the people it serves, particularly African-American individuals, a citizens committee has been assembled to work with law enforcement. Mayor Robinson announced the lineup of the newly assemble committee Monday.

Originally slated to include 11 members, with each Pensacola City Council member naming one appointee and the mayor selecting four, the formula has now been revised to allow for a fifth pick by the mayor. Robinson said the additional pick was designed to offer the committee more balance.

“We had a great balance of black and white, six of each, but we were unbalanced on men and women,” the mayor explained.

For his appointees, Mayor Robinson has selected Hale Morrissette, a leading voice of the Pensacola Dream Defenders, the organization that originally called for the citizens committee following the death of Tymar Crawford, a Black man who was shot by a PPD officer during a traffic stop last July; as well as Kyle Cole, of the KYLE Project, an active participant and organizer of recent local protests against systemic racism within law enforcement. The mayor has also selected Kyle Kopytchat, Vin Durant, president of the local NAACP chapter, and Autumn Beck Blackledge, a local attorney.

A few notables about the committee: Morrissette secured her seat with a middle-of-the-roadway commitment from the mayor after she led protesters to block traffic at the foot of the Pensacola Bay Bridge; Remington represents local businessman Quint Studer, a close advisor to the mayor, who recently lobbied for the removal of the Confederate monument on South Palafox; and Marshall, pastor of St. John Divine Missionary Baptist Church, was charged in 2018 with battery on a law enforcement officer after intervening in the aftermath of a vehicular accident in which two church members were hit.

This citizens committee will be led by Cedric Alexander, a retired law enforcement officer who the city has contracted with to oversee reform efforts within the PPD. The group was originally going to participate in a number of town hall events, but the mayor said the events would be primarily virtual, online affairs in light of the rise in COVID cases.

Robinson said that the scope of the citizens committee had yet to be defined, but that the group would soon be consulting with community members in an effort to bring that input to the city. Following that, the purpose of the committee should begin to take shape.

“I think Cedric absolutely has us going in the right direction on this,” Robinson said, noting how Alexander has been dug in to this issue locally prior to the current national wave of protests following the police-killing of Minneapolis man George Floyd.

The Pensacola City Council will discuss next month the fate of the Confederate monument on South Palafox in Lee Square (which the mayor has suggested changing back to Florida Square). As that discussion nears, Mayor Robinson reflected on his participation as an Escambia County commissioner in 2014 on the display of a Confederate flag at the Pensacola Bay Center.

“I knew that was not a respectful way for us to represent our history,” Robinson said of the inclusion of the Confederate battle flag within the city’s traditional five-flags display, recalling that he suggested an alternative Confederate flag, the so-called star and bars, be displayed instead, and that ultimately the county decided to mirror whatever display the city selected (the Confederate flag was replaced with the state flag).

Comparing that 2014 discussion with the current conversation concerning the Confederate monument on Palafox, noting how public opinion shifts with time, the mayor held up a Pensacola News Journal editorial from that time which described the scrub of the flag as a “ham-fisted maneuver” from a county commission that “over reacted.”

Robinson, whose family has roots in the Confederacy, said council may now decide to somehow address the monument on Palafox — “change may occur” — and stressed that the conversation needed to be had in a “respectful” manner.

1 thought on “Presser Notes: Masks, Citizens Committee, and the Monument”