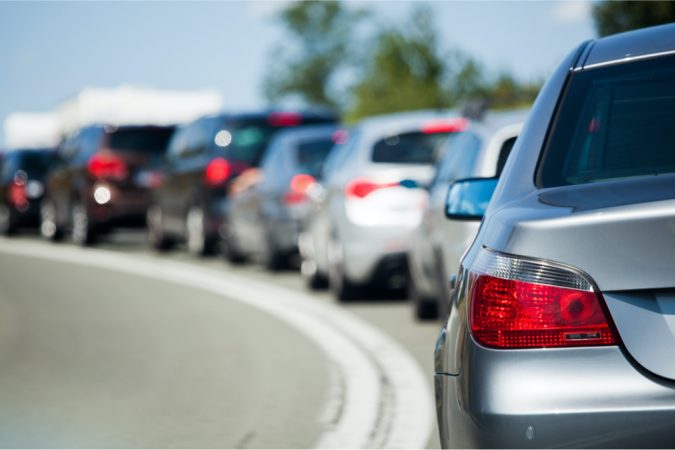 With COVID’s wrath subsiding into spring, the city of Pensacola is looking to ease into reopening, Mayor Grover Robinson said during his regular weekly press conference Monday.

In recent days, the local COVID test positivity rate has hovered in the 7 percent range. Hospitalizations related to the coronavirus — the metric the mayor eyes most closely — were down to 64 on Monday.

“That’s why you see us looking to open some things up,” Mayor Robinson said, noting that the continued rollout of vaccines is contributing to the improved forecast. “We’re still seeing about 2000 a week getting vaccines.”

Beginning March 15, Pensacola City Hall will reopen to the public. The city’s community centers are also back online in time for students’ upcoming spring break.

One area of city operations that will not be fully open at city hall is permitting. Due to renovations on the building’s fifth floor, Mayor Robinson said that the city is currently determining how best to facilitate in-person permitting operations.

“There’s a plan for being able to handle the public coming in and being able to get permits, and we’re working on that to make that ready to go,” the mayor said.

Normally a dry municipal function, Mayor Robinson said that the city’s permitting operations are getting a lot of attention lately. Apparently, the topic is the talk of the town.

“I couldn’t go anywhere [without hearing about permitting]; it was the main the topic,” Robinson noted the weekend buzz.

The mayor nodded toward an uptick in permit activity in recent months but also conceded the municipal department needed improvements.

“Our permitting and inspection staff has been incredibly busy,” he said. “Certainly volume is a part of it, but we realize we’ve got to get better.”

One change that may improve the situation is bringing employees working remotely due to COVID precautions back in-house. A variety of city employees will be making this return to city hall, including all employees working in the permitting department.

“Just to have them here,” the mayor said.

While the city has been busy dealing with permits, there has been a sharp decline in new residential construction. The dramatic uptick in requests stems from roofing and other repairs in the wake of Hurricane Sally.

“Obviously we were upset last week and disappointed to hear that DOT was going to have to delay the reopening of the bridge,” Mayor Robinson said, adding that he understood the delay was necessary. “There’s no way we can have people operating on a bridge that has a compromised pier.”

The mayor did say he was optimistic, as per discussions with the Florida Department of Transportation, that the bridge — knocked out by runaway barges during Hurricane Sally — will be reopened in May in time for the summer tourist season, maybe around the same time that the Pensacola-side bridge landing is also being wrapped up.

“It seems to be everything is lining up for the end of May,” Robinson said.

Before the bridge reopens, people wishing to cross the bay to go to Gulf Breeze or Pensacola Beach — a trip that currently requires a timely detour — may be able to hop a ride on one of the city’s two ferries. The two ferries, dubbed Pelican Perch and Turtle Runner, are currently being repaired from hurricane damage and are expected to be completed soon.

“We’re shooting for the first part of April,” Mayor Robinson said of resuming ferry service across the bay.