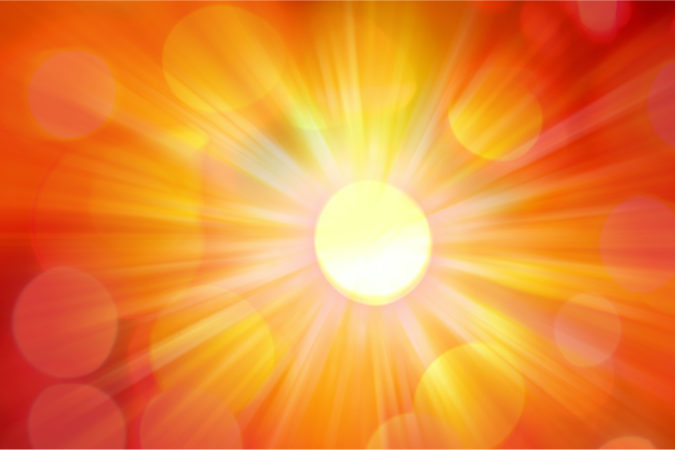 Following a weekend shooting incident in Pensacola that claimed the life of a 7-year-old girl, Mayor Grover Robinson opened his Monday morning press conference by offering condolences to the child’s family and using the occasion to address the issue of gun violence in the community.

The mayor said that he was working with other local officials to create paths toward economic opportunities for people who might otherwise turn toward a life of crime and violence.

“Trying to move them with economic opportunity away from getting led into things that create gun violence,” he said.

As an example of future opportunities for local youth, Mayor Robinson pointed toward upcoming projects slated for Maritime Park downtown as well as a nearby 19-acres where the a wastewater treatment facility formally sat.

Noting that a committee tasked with identifying projects for the sites had come up with three concepts for the properties— “not competitive in any way together, very complimentary” — and would soon unveil the development plans, the mayor nodded toward an Escambia County policy that ensures 70 percent of workers on county-funded projects be local and said that the projects should help provide jobs in the area.

“Not only that,” the mayor said, “it’s going to make sure we have minority local businesses also involved in these things.”

Prior to moving on to this week’s round of questions — where the mayor spoke about street murals and CARES funding — Robinson also talked a bit about Sunday’s SpaceX/NASA operation just offshore in the Gulf of Mexico, where two astronauts were welcomed back to Earth, connecting the event to the city’s current bid to become the permanent home for U.S. Space Command.

“Certainly yesterday, a big part of that was having SpaceX, Dragon Endeavor land here in the Gulf of Mexico successfully,” he said, adding the operation demonstrated “the clear potential we have to be a part of space exploration’s future.”

Earlier this summer, the city permitted a Black Lives Matter mural to be painted onto a stretch of A Street. Mayor Robinson said Monday that he initially felt that street paintings would be a positive thing for the city, before explaining why they would no longer be permitted.

“There were three good things that street paintings really would have done,” he said. “It really brought neighborhoods together, it created a lot of neighborhood pride and it really slowed traffic down.”

Despite these expected benefits, earlier this month the city suspended the practice of allowing street murals, citing commercialization concerns.

Robinson said that following the BLM mural, an HVAC contractor contacted the city regarding painting a street mural for his business. Because of First Amendment, freedom of speech issues, the city can’t screen murals for content, commercial or otherwise.

Because of this the city has abandoned street murals entirely.

“We don’t believe the streets are going to be places for commercials,” the mayor said. “We had thought slogans were going to be okay, but we realized that we couldn’t block by content so we’ve moved on and we’re out of that altogether.”

In addition to the HVAC contractor, two other applications were also in process when the city pulled the plug on street murals. One application sought to paint a ‘white lives matter’ mural while the other was for a ‘blue lives matter’ one.

Robinson said that neither of those applicants took issue with the city’s decision — “they kind of understood what we were dealing with” — and also that the Black Lives Matter would remain in place until a previously scheduled resurfacing project in November or December.

Escambia County received a little more than $57 million dollars in federal funding as part of the Coronavirus Aid, Relief, and Economic Security (CARES) Act stimulus funding, and the city of Pensacola is looking to have a say in allocating around 18 percent of those funds.

“The governor’s office made it very clear, the county’s supposed to work with us,” Mayor Robinson said Monday.

The mayor said the Pensacola City Council is including a placeholder item on the agenda for its August 13 meeting, just in case it needs to make any decisions regarding those funds. With such logistics ready to go, he said the “bigger challenge” would be working with the Escambia officials.

“We have a placeholder and could have that discussion,” Robinson said. “So, if the county were to do it this week and we could deal with our 18 percent the following week we could have it allocated.”

In addition to sending a letter to the county earlier this month, the mayor said that he has thus far spoken with a couple of county commissioners — who “seemed open” to the city’s request — as well as County Administrator Janice Gilley.

Over the weekend, a bicyclist was hit by a vehicle at the intersection of Blount St. and Dr. Martin Luther King, Jr. Drive, just outside of the offices of Ellison Bennett. Bennett, a local Civil Rights advocate and current candidate for the Emerald Coast Utilities Authority board, called for an ambulance and reportedly was asked by the dispatcher handling the call what the race of the victim was.

“He said he talked with EMS dispatch and that question was asked,” Mayor Robinson said, adding that he spoke with Bennett about the matter on Sunday.

The mayor clarified that the city does not operate the 911 dispatch center — that’s an Escambia County operation — but that the Pensacola Police Department did respond to the accident. Bennett this issue up at that time.

“The question came up in the conversation that the dispatcher asked that they needed to know, to send an ambulance, if the individual was black or white,” Mayor Robinson relayed, adding that the city was looking into the matter. “Again, we’re trying to figure out whose dispatch that was and to listen back to it.”

Everyone In Japan Is Doing It

Citing a dip in recent days in the number of COVID hospitalizations in Escambia County — from 234 on Saturday to 217 on Monday — Mayor Robinson said he believed that the increase use of face masks was beginning to have an impact on the area’s fight against the coronavirus. He also pointed towards a lower positivity rate 8.9 percent for COVID tests.

“We’ve been trying to get below 10 for some time, that’s great news,” he said. “Over the past week we’ve kinda gotten to a stabilization point. And hopefully now we’re going to see a trend heading in a downward direction.”

Relaying a presentation he recently heard from the Japanese consulate in Miami, Mayor Robinson said that places like Japan should serve as a model for how best to navigate the coronavirus.

“Everyone in Japan is wearing a mask,” the mayor said. “I realize people hate masks in America, and I understand all the things that are there, but when it comes to the disease and the virus other cultures, other nations are showing us that if we wear mask we can not have the same thing, we can get it back under control.”

Robinson said the Japanese consulate had also pointed out that in addition wearing masks, people in Japan also tended to observe a couple of more key safety measures: social distancing and hand washing. Such efforts, the mayor said, meant the nation could forgo strict lockdown orders or business closures.

“Social distancing, washing your hands and wearing a mask,” Robinson reiterated. “We do those three things, COVID will be a thing of the past.”