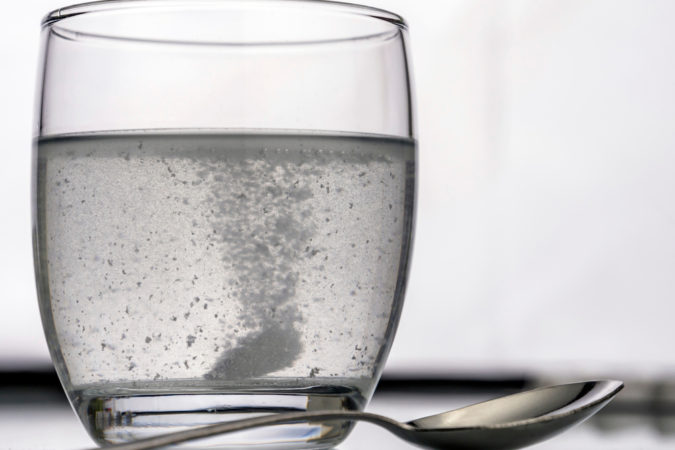 On Monday, the city appeared to be considering circumventing the spirit of a commitment made in the wake of a police shooting over the summer. Instead of creating a citizen advisory board geared toward tracking law enforcement, the scope of that body may now be broadened to include all city services.

On July 5, Pensacola Police Officer Daniel Siemen shot and killed Tymar Crawford in an event that the Pensacola Police Department deemed to be in conflict with its use of deadly force policy. The officer was fired by the city, but a grand jury more recently found Siemen should not face criminal charges.

Following the July incident, Robinson held discussions with community organization Dream Defenders, during which the concept of a citizen advisory board to oversee police-community relations and track any progress being made towards identified areas of improvement, such as training took shape. The mayor cited a similar, now-defunct city board and said he’d be bringing it back, but on Monday that board got expanded to an all-inclusive body overseeing community relations with all of the city’s various departments.

The mayor said the conversations about community relations and engagement went beyond law enforcement — “it’s not just about the police” — and that it needed to include all areas, or neighborhoods of city, as opposed to those with populations who may feel threatened by law enforcement or are concerned about the police’s interactions with the community in general. Instead of restricting the discussion to its original law-enforcement-based parameters and having “a very small discussion about things we’re already working on,” this broader conversation would include everything from fire protection to recreation to sanitation.

“It’s got to be broader than just the Tymar Crawford shooting or we’re not going to accomplish anything more than we’ve already accomplished,” Robinson said.

The mayor noted that the specifics of any advisory commission were still being considered. It’s not yet known its scope or how members will be selected. Whatever form it eventually takes, the commission is expected to materialize sometime next spring or summer.

Robinson, as well as Neighborhoods Administrator Lawrence Powell, will soon be meeting with Cedric Alexander — a retired Pensacolian with an impressive national law enforcement resume — to seek advice on how best to proceed on the issue of forming an advisory commission and other post-shooting issues regarding PPD.

“We’re simply talking to him because he has an expertise in dealing with this,” Robinson said. “He has been involved in other communities that have done this, so, again, we’re trying to learn.”

Alexander has a decades long law enforcement career that began with the Leon County Sheriff’s Department in 1977, and went on to include obtaining a PhD in clinical psychology, serving as an assistant professor at the University of Rochester Medical Center, overseeing security at Dallas/Fort Worth International Airport, presiding over the National Organization of Black Law Enforcement Executives, advising President Barack Obama, serving as a CNN analyst and so on.

However, according to various media reports, Alexander has also faced criticism, most notably for his tenure in DeKalb County Georgia, where he served as deputy chief operating officer of public safety and faced criticism specifically to his response to an officer involved shooting. 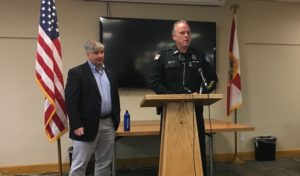 “The answering of questions on the video, that I talked about last week, are not going to happen. [Chief Lyter] has decided not to do that. There’s possible pending litigation and he feels that it’s best not to go into the video,” Wood said. “The video is out there for everybody to see and he want to leave it at that.”

Wood also addressed the grievance process Siemen’s is currently engaged in, challenging his dismissal and attempting to get his job back. Recently, the former officer’s immediate supervisor determined that Siemen acted appropriately when he shot Crawford seven times at close range as other officer wrested with him over a taser.

“He presents that to the chief and the chief will make a decision about whether it goes past his desk or not,” Wood said.

While Wood described the supervisor’s assessment as important, he said it was unlikely Siemen would be back on the force.

“I don’t see the chief changing his mind, no,” he said.

Another item related to the Crawford shooting discussed during Monday’s press conference involved the city’s engagement of a public relations firm to handle media concerned with the shooting if the story went national.

“Our whole goal was to be as prepared as we needed to be,” Mayor Robinson said. “I mean, we didn’t know what may happen with the story and so at the point we looked at all the things to make sure that we were prepared.”

The PR firm was suggested and contracted by an outside legal firm — Sniffen and Spellman of Tallahassee — which the city brought on board to handle any litigation related to the police shooting. Robinson stressed that the PR option was not utilized and was only available to be deployed in the event the story evolved in an unforeseen direction.

“It’s like hurricanes,” he said. “To an extent, we’re pretty familiar with hurricanes, but every now and then if we we really get hit by a Michael or something, an Ivan, we’ve got to be prepared a little bit beyond just getting a Tropical Storm Category 1.”

No Training Help Yet

Lastly, Mayor Robinson addressed the law enforcement training that the city and U.S. State Attorney’s office announced in following the July shooting. Four months later, and the two institutions are still trying to coordinate something to get the ball rolling. Robinson said on Monday that efforts are still being made sync up schedules and arrange a meeting.

“We just haven’t had a chance to sit with the attorney yet,” the mayor said. “He was suppose to come to town, then he couldn’t come, and then we went out of town and so it’s been a calendar issue we’re trying to get a hold of.”