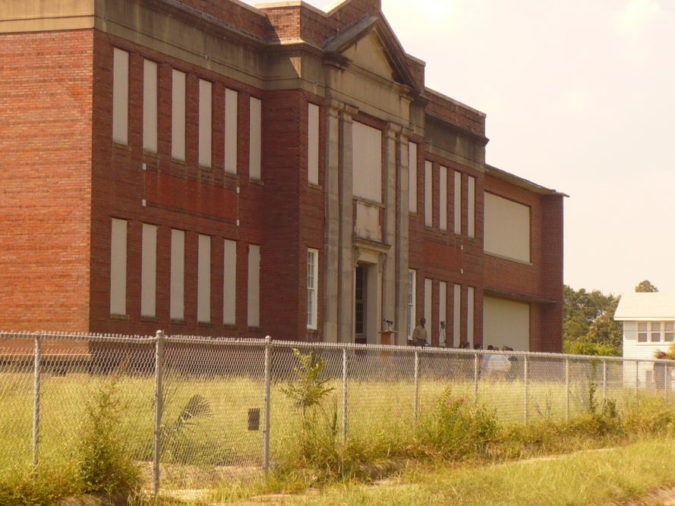 Pensacola Mayor Ashton Hayward and his staff have been working for months on a plan for the redevelopment of the Blount Middle School site on the corner of C and Gregory streets into workforce housing.

We don’t know any of the details, except what City Administrator Eric Olson has told the Pensacola City Council in his monthly reports.

At the Nov. 14 Agenda Review, Olson said city staff hasn’t quite come up with the right program that would let developers build housing at market rates but have “some type of incentive provided to get workforce related workers into that housing development.”

Council President Charles Bare asked Olson if the neighborhood had been contacted about the proposed redevelopment.

“I know there’s got to be some concerns around that Blount property about what’s going to go there,” said Bare. “They looked at a dilapidated school for at least a decade. I’m just wondering if they’ve been involved in that and who the point person on city staff is for working with the neighborhood associations now?”

The Escambia County School District closed the school in 1982. There was an attempt to convert one of the buildings into low-cost apartments for the elderly, but that went nowhere. In August 2011, Mayor Hayward announced that the city would buy and demolish the school. To help fund the demolition, Escambia County contributed $200,000 in Community Development Block Grant dollars toward the project’s total cost of $466,700. It has set dormant since the demolition was completed in late 2012.

Olson said Helen Gibson, CRA director, and Councilwoman Jewel Canada-Wynn have been working with the neighborhood.

“We had looked at it originally as possibly a park, possibly something we could use for storm water infrastructure,” said Olson. “The feedback that we got was some support for all of them but the direction that the neighborhood went in was some type of housing development.”

Before moving to the next item in his report, he added, “We believe we’ve got good community support for the direction we’re going in.”

Residents in the Blount school neighborhood told Inweekly that they have had no recent contact with Gibson, Councilwoman Cannada-Wynn or anyone from City Hall about how Mayor Hayward wants redevelop the city block on which the Blount School once was located.

Escambia County Deputy Steve Sharp moved across from the Blount site in April 2015. He said he has received no notification from Pensacola City Hall or been asked to attend a meeting on a proposed plan.

“I like the idea of some residential but would like to see what they are talking about,” said Sharp in phone interview on Tuesday.

Inweekly searched its archives and found that the Hayward administration did hold a town meeting in June 2013, two months before Olson went to work for the city as an initiatives coordinator.

Residents and city officials discussed options for the redevelopment of both the Blount and Kirksey school properties. [The Kirksey Elementary School was located on North D Street, and the site was later acquired by Habitat for Humanity.]

At the June 2013 meeting, there was no clear consensus on possible use for the site. While housing was mentioned, other ideas discussed included a park, senior center, recreation center with swimming pool, museum, and regional campus for the University of West Florida or Pensacola State College. No one mentioned a stormwater pond. Read more.

We searched the city’s and PNJ’s websites and could not find when the city held another meeting in the neighborhood to further discuss options for the site.

Commissioner Lumon May attended the June 2013. His aunt’s home faces the site. He said that she has not received any information on Hayward’s proposal or been asked to attend a meeting on it since that first meeting held three years ago.

How can City Administrator Olson assert that the Hayward administration has “good community support for the direction we’re going in” without discussing the proposed development with the community that lives around the site?