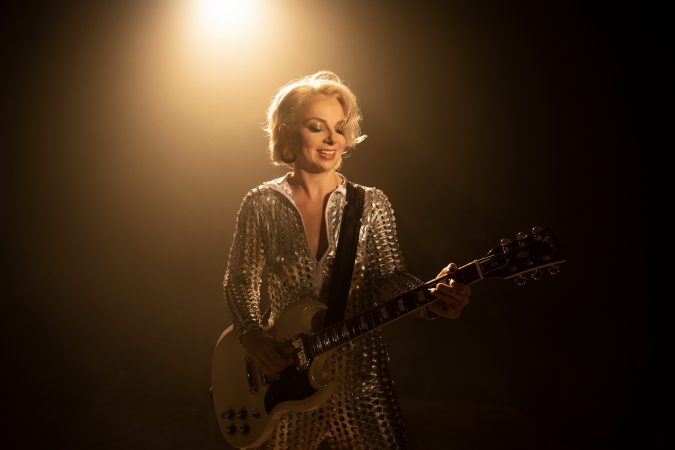 Getting Happy with the Blues
by Jeremy Morrison

For Samantha Fish, the Blues cannot be contained within one musical pool — it flows fluidly from one to the other, guided by energy rather than restricted in the genre.

“Blues is all feeling to me — when I listen to it, when I play it, when I hear it,” Fish said,

Currently touring in support of her latest album, “Faster,” Fish will be playing April 3 at Pensacola’s Vinyl Music Hall. A few days before the local engagement, the singer-guitarist took some time to talk with Inweekly about her passion for music, disregard for classification and the healing power of the Blues.

This year, Fish’s Sunday night concert is one among a packed touring schedule. She’s been hitting the road pretty hard following a pandemic-driven break.

“Honestly, man, it’s been such a blur the last couple of years,” she said.

But this is how she prefers it. Playing live music. Bouncing around the energy with a live crowd.

“Playing live, I mean, that’s why I do it. Making albums is always fun, and I love the studio process, but getting to be on stage and getting to have this reciprocal thing with the audience, to be able to share and to be able to kind of different creative ways to make things fit together, you know create a show, that’s just what I love to do, I love to create a show,” Fish said. “I love the energy of the audience.”

During the period of pandemic shutdown, Fish gave virtual performances a try but felt they lacked the energy present in a live setting.

“We did some virtual stuff, and it’s just not the same,” she said. “It’s not the same as having a room full of people and us, and we’re, like, sharing this thing, and we give them something, and they give us something back; it’s just this really great flow of energy.”

Blues music, in particular, thrives on this live setting, Fish stressed. It lives in the moment, and rides on energy.

“That’s what blues is to me; it’s this kind of raw form of music,” the musician explained. “You know, when I’m playing, I’m just kind of following my instincts, rather than I’m playing a theory pattern or something, or I’m trying to hit the notes in a scale, it’s about a conversation that you’re having.”

This conversation, this process of playing the Blues, Fish added, has a perhaps unexpected benefit: it makes you feel happy.

“I just think there’s something really appealing about it when you go and listen to it, and it makes you happy,” she observed. “It’s funny because usually you’re singing about something sad. But it’s like you’re losing that in the process.”

But what is the Blues? Certainly, it’s taken many forms over the years, from the more traditional flavored to music that drifts into Rock’n’Roll. But what is Rock’n’Roll?

Fish sometimes rather dispense with the labels.

“As an artist, I know it probably drives my manager and my team crazy to try to classify it. You know, they usually put us in the Blues category, but some people would probably call it more Rock’n’Roll,” she said, adding that musicians have long refused to fit neatly into the music market’s categorization system. “It’s hard these days to know exactly where you sit in the world. But this has been going on in music — you think about a band like Led Zeppelin, you think of them now as a Rock’n’Roll band, but back then, they were trying to play Blues music.”

And though she likes to blur the genre boundaries, Fish said she learned her craft in a world deeply rooted in the Blues. She’s from Kansas City, Mo., which is steeped in music tradition and afforded nightly jam sessions she could sit it on during her formative years.

You could go and sit in with a different band and kind of cut you teeth and figure out how to work within a band and how to play with dynamic and how to improvise,” Fish said. “And I got so many lessons on those stages that would’ve taken me — I don’t know if I would have ever gotten there on my on.”

On Sunday, Fish brings her brand of Blues — and beyond — to Vinyl. She’s looking forward to the bouncing the energy around.

“Come, wear your shoes that are comfortable and expect to move,” she laughed.