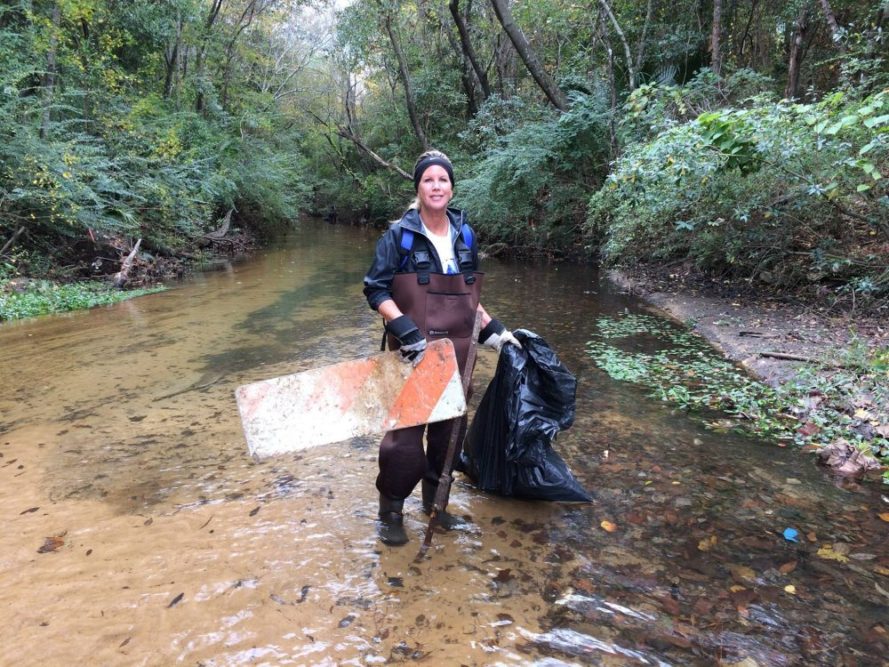 George Sanders recalled as a 5-year-old boy learning to swim on Carpenters Creek.

The 80-year-old said there were four crystal clear swimming holes to choose from.

“There were swimming holes all up and down that creek,” he said. “You could dive into that creek and drink it as you swam.”

Sanders was one of about 80 local residents who attended District 2 Pensacola City Council member Sherri Myers’ town hall meeting Tuesday night. Residents sat at round tables at Cokesbury United Methodist Church’s Asbury Place and brainstormed more than 30 improvements they would like to see to restore the now trashed and polluted waterway.

Ideas included restoring the 4.5-mile urban Carpenters Creek that empties into Bayou Texar by having the city or county buy property, convincing private owners along the stream to agree to conservation easements, restoring the natural habitat and cleaning up trash that plagues it.

In fact, Escambia County is in the process of spending $125,000 to buy property that includes a more than 8-acre pond at the Carpenters Creek headwaters. And supporters of restoration have held major cleanups regularly with the next one scheduled March 25 behind the old Staples office supply store on the south side of Airport Boulevard.

Told to come up with what they would like to see if money was no object, citizens suggested an educational building talking about the Carpenter Creek habitat, hiking and biking trails, canoe and kayaking launches, a disc golf course, public art, a reality TV show on saving the creek, creating places to fish and swim again, and putting up signage identifying the waterway where bridges cross it.

Myers said she plans to employ the ideas to develop a strategic plan and ordinance for Carpenters Creek to make it a greenway once again.

“We’re going to restore it and leave a legacy for our children and grandchildren,” Myers said.

Marilyn Wolfe whose backyard sits on the banks of the creek remembered playing in it as a child. She has removed a boat, other garbage and says homeless use it now but Wolfe hopes to enjoy it again one day.

“I’d like to see a walkway through it, especially along the residential sides,” she said.

If you would like to get involved with Carpenters Creek, go to the Save Carpenter Creek Facebook page at: facebook.com/savecarpentercreek/.