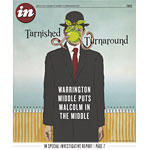 Julie Collins for the Florida Department of Education’s Office of Safe Schools made a presentation on SESIR (School Environmental Safety Incident Report) and Discipline Reporting to the Escambia County School Board at a special workshop this afternoon. What she told the board about SESIR matched what I have reported in this blog and in the paper.

Collins did not address specifically the quality of the reporting by Escambia County School District and the board did not ask any direct questions about the data in their 2009-10 SESIR.

She talked about the level of offenses with the worst being Violent Acts Against Persons: Homicide, Sexual Battery, Robbery, Battery and Kidnapping. Collins explained that battery under SESIR is more serious than battery under the criminal code.

“It’s a severe beating where the person doesn’t defend himself,” said Collins. “You should think of it as aggravated battery.”

Superintendent Malcolm Thomas said that the schools consult law enforcement on all SESIR incidents, but the schools’ consultations don’t raise to the SESIR’s standard of reporting to law enforcement, which is, as I wrote in “Tarnished Turnaround” : “An incident should be coded as reported to Law Enforcement if an official action was taken by a School Resource Officer (SRO) or local Law Enforcement Officer, such as a case number was assigned, a report was filed, an affidavit was filed, an investigation was conducted and found to be an incident reportable to SESIR, or an arrest was made.”

Not one school board member asked Thomas why didn’t the district and the principals push law enforcement to that level. No one asked about the Becky Bus ride that has a ECSO offense report and meets the other criteria but wasn’t reported at all on the Warrington Middle School SESIR.

Based on Collins’ definition of battery, there were 118 severe beatings on school campuses and no police reports were filed, case number assigned, etc. and the school principals and the District didn’t insist on it. And I’m not talking about the other 399 serious offenses, like drug sale and possession, sex offenses or threats/intimidation.

School Board member Jeff Bergosh is upset that the IN has used the SESIR to compare Escambia County to neighboring counties. He asked Collins about making such comparisons.

Collins told the board that the FDOE and the Office of Safe Schools would like to see the district use the same definitions and have the same training to reduce variances. “We want to get everybody on the same page.”

However, she said it isn’t happening and districts can define incidents differently.

She said a low number of incidents reported on SESIR can be mean a district is great or it isn’t reporting properly. High numbers can mean everything is law-and-order with everything getting reported or maybe there are real problems.

Collins did not say what was the case for Escambia County. None of the school board members asked specifically about this district.

Bergosh asked do the percentages reported mean one district is safer than another? Collins said not necessarily. She said the district’s training and code of conduct can make a difference. She wouldn’t speculate if using the SESIR to determine a school’s safety encouraged or discouraged proper reporting.

Earlier this week, I interviewed Bill Emerson, Assistant Superintendent for Curriculum, Instruction and Assessment for the Santa Rosa County Public School District, about the School Environmental Safety Incident Report (SESIR) and how his schools report incidents to law enforcement. Emerson said the Santa Rosa County Code of Conduct was critical to how his principals deal with battery and other SESIR incidents.

“Based on our code of conduct, there are some instances in which law enforcement is contacted,” said Emerson. “When we have an issue, the school pulls up the code to see what we’re going to do. If it says notify law enforcement, then they do so.”

The Office of Safe Schools has little control over the SESIR, other than advising how to enter data. Collins said that her office had gotten a complaint from a parent in central Florida because they had pulled their child out of a school because of  fights, bullying and violence, but that school had only reported 7 SESIR incidents.

She said that Office of Safe Schools isn’t an enforcement agency. Collins knew of no penalties for reporting incorrectly.

Superintendent Thomas told the board that all SESIR entries are checked and verified by district personnel. None of the school board members asked about Warrington Middle School and why its SESIR doesn’t match police reports.

After she finished with her presentation, the audience wasn’t allowed to ask questions. I tried to interview Ms. Collins before she left and was told that I had to go through her communications office.

——————
Of the top 20 School Districts with the most battery incidents reported, only St. Lucie reported fewer to law enforcement according to the 2009-10 SESIR (Broward & Dade don’t fool around):