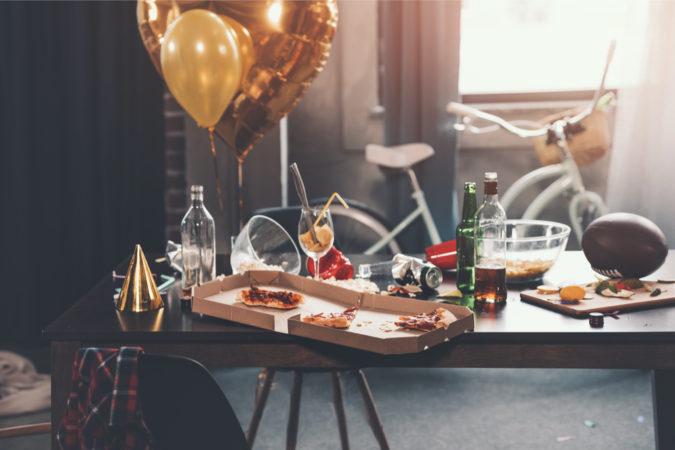 In July 2010, we were exhausted reporting on the BP Oil Spill. The newspaper had received national attention for its coverage in The Daily Beast. We needed a break.

Below is our cover story for our 11th anniversary.  And yes, we received several red staplers as gifts.

IN CELEBRATES 11 YEARS OF FREEDOM

Independence is the hallmark of the American people.

From the early Colonial days, that spirit of independence has been fueled by a free and independent press. Before our republic was formed, America had independent newspapers that gave a voice to their readers’ feelings of unrest and the desire for self-governance.

As this nation grew, towns became known for their newspapers, and many towns had more than one. Pensacola once had two independent newspapers — Pensacola Daily News and Pensacola Journal. From 1889-1922, the papers battled for readers and advertisers.

It took New York businessman John Holliday Perry buying the papers to end the war, but Perry and his descendants still published both.

For the next 14 years, Pensacola had only one newspaper. Community papers existed in Milton, Gulf Breeze and Navarre, but their focus was school and church events in their small areas. The African-American community had the Pensacola Voice. However, when it came to area politics, social justice issues, investigative reporting and hard-hitting editorials, the daily newspaper had a monopoly.

There was only one take on the news and issues of the greater Pensacola area, and it came from the Pensacola News Journal. If someone had a news tip, there was only one newspaper to which it could be given. Their editors decided what the news was for this community.

ANOTHER NEWSPAPER FOR PENSACOLA

Into that competitive void stepped the Independent News on July 1, 1999. Naively, and totally unprepared for the events that would rock this region in the next decade, our paper took on the largest newspaper empire in the country in one of its most profitable markets.

Gannett had a history of treating competition unkindly. Arizona, Arkansas, Wisconsin and Hawaii are just a few of the states that have seen the media giant sweep in and dominate the market.

Richard McCord wrote “The Chain Gang: One Newspaper Versus the Gannett Empire,” which detailed McCord’s struggles to save his Santa Fe, N.M. newspaper and to help his friend Frank Wood, then publisher of the Green Bay News-Chronicle, fend off Gannett.

They both failed, but we believed that our paper could be successful if we could gain a foothold in the community. There was more news out there than was being published in the daily, and we believed people wanted to read it.

The Independent News was a very different newspaper for this market. Yes, it covered arts, culture, music and entertainment, but it had more bite to its commentary. The paper used satire and parody with a creative, artistic design and layout. And the weekly newspaper investigated what was really happening behind the scenes on the news being reported in the daily newspaper.

We questioned whether Escambia County Commissioner W.D. Childers was crazy like a fox or just crazy. We reported on the radium found in the wells of the Escambia County Utilities Authority. We questioned Sheriff Ron McNesby’s use of his helicopters to pick up pizza and to take him to his hunting camp. We followed wherever the story led us. There were no sacred cows.

DIFFERENT FROM THE DAILY

The initial reaction to this little weekly was mixed. Newsmakers called us a “rag.” It wasn’t uncommon to find their underlings trying to pick up and throw away copies when an issue had an article they didn’t like. Advertisers were called and were told to pull their ads from the paper.

When Mike Whitehead was chairman of the Escambia County Commission, he and the then-County Administrator had our papers removed from the county courthouse lobby.

Readers also didn’t know how to take our straightforward commentary and satire. No one ever dared to call someone in print a “loser.” No one else would publish a cover of Frank Patti in a Vito Corleone pose under the title “The Codfather.” No one would openly take on then-Councilman Marty Donovan, Charlie Fairchild and their Save Our City group and debunk weekly their misstatements on the Community Maritime Park.

However, as more and more of our investigative reports began to show that all was not well in Escambia and Santa Rosa politics, the newsmakers found it harder to dismiss them. The facts were indisputable, and politicians began to hear more and more complaints from the voters when they hit the campaign trail.

Our creative covers, offbeat sense of humor and no-holds-barred opinions became our trademarks and attracted loyal readers that snatched the issues off the stands every Thursday. It took awhile, but we earned our spot as the other newspaper in Pensacola.

Today, Independent News and its blog, ricksblog.biz, have catapulted to state and national recognition. Our coverage of both the Billings murders and the BP oil disaster has further validated our investigative and reporting skills. The Independent News and the blog are read online by people from all over the country.

However, the challenges of being an independent paper remain the same. We fight for advertisers every day. We have survived the 9/11 tragedy, three hurricanes and the meltdown of our economy, sometimes just barely. The IN staff is young, intelligent and committed to making this a better place. They are very talented and have made sacrifices because they believe in the mission of the paper.

Even though it knows that our paper is solely supported by advertising, the staff made the decision to turn down advertising from BP. That decision has cost us about $10,000 to date. And the paper has been criticized on industry websites for being “sanctimonious” and insinuating that BP is buying coverage in other papers.

The IN staff made the decision because it wanted to show the community that we are on their side in this crisis. We recognized that BP owes this community millions, if not billions, for the damages caused by this environmental disaster. Their money needs to be spent on stopping the oil spewing out of the wellhead, skimming the oil out of the Gulf and restoring the environments, businesses and lives of those impacted.

Maybe the decision is naive, but I am proud of it. The Independent News has remained true to its roots and has stayed independent, even after its first decade.

We know it’s tacky to ask for presents on your birthday.

So we aren’t going to do that. Not exactly.

Instead, we’re going to give you guys a peak at our staff birthday wish list. Just think of it like a kid’s letter to Santa Claus. I mean, let’s be honest, because we don’t have some giant corporate entity bankrolling this operation, we’ve got a few wants and needs that go unfulfilled.

Now, we aren’t directly asking for these things, we’re just letting you know we want them, and if you feel so inclined to shower us with the following gifts, we’ll happily accept them.

What would you give the IN for our 11th Birthday?

A birthday without presents is like a cake without icing, a cocktail without booze, a World Cup game without the vuvuzela. It’s just no fun.

And since we’re big fans of fun around here and even bigger fans of presents, we decided to drop a few hints about our upcoming birthday and ask a few of you what kind of gift you would give us (hypothetically of course).

So, what would you give the IN for our 11th Birthday?

What does the word “independent” really mean to you?

Here at the IN, we’re pretty sure we have a good idea about what being “independent” really means. We live it every day, issue to issue, paycheck to paycheck. And we wouldn’t have it any other way.

But we also know that not everybody sees things exactly the same way (shocking, isn’t it?). One person’s definition or standard for independence might be totally different from yours or ours.

That’s why we decided to ask you, our readers and friends, to tell us what the word “independent” really means to you.

You want to help IN make it to our 12th anniversary?

Here are some ways you can help make sure our team stays in the game:

1. Read IN, and tell your friends and family to do the same. You won’t know what’s really going on in our community until you do.

2. Ask your favorite local business to distribute IN.

4. Become a part of our movement. Send your comments, news tips and feedback to info@inweekly.net.

5. Link to inweekly.net. Our site is updated daily with news, videos and buzz we’re hearing around town.

1 thought on “Still Independent after 21 years”