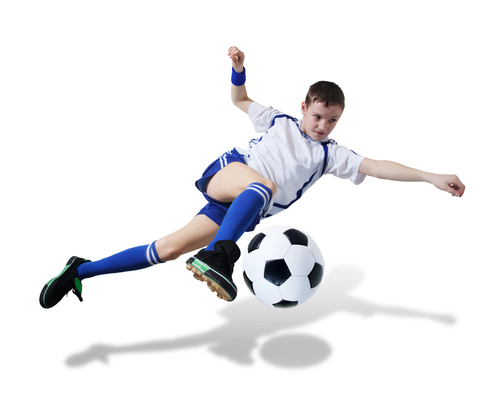 Quint and Rishy Studer announced this morning that they are donating a parcel on the west side of the former ECUA treatment plant site on Main Street for a youth sports facility.

“We plan to donate a portion of our parcel with a value estimated at roughly $3 million to make this project happen,” said Quint Studer. “As originally planned, it would be Pensacola Sports leading the effort to get the project completed.”

The Studers have four stipulations with their contribution:

1) The project has to receive support from the Tanyard Neighborhood Association,

2) The facility should be open not just to tourists, but to the local community,

3) It must be compliant with the CRA plan, and

4) It would need to be funded and approved through all the proper channels.

Here is the announcement:

The core of our mission for the Studer Family of Companies, the Studer Foundation and the Studer Community Institute is on creating a great quality of life for our area citizens.

More than two years ago, Pensacola Sports completed and shared a study that looked into an upgrade of our area’s sports and recreational offerings. The study showcased an exciting recreational sports complex that could serve both our local residents and be a hub of activity to bring athletic events and visitors to Escambia County.

The study showed that a prime location for the facility was on the former treatment plant property we owned downtown. In conversations with Pensacola Sports president Ray Palmer, he said the organization felt the same way.

Then came the problem. The project morphed into other things, losing focus on the goal at hand.

It became an arena. It became a hotel. It became retail. All the while, the original plan, as studied two years ago and considered a strong benefit for our community, was on hold.

Since the Escambia County Board of Commissioners decided to not pursue the larger project, Ray Palmer and I reconnected to look into ways to help make the original plan – the one primarily focused on creating something great for the Pensacola area – a reality.

Building youth and adult sports facilities to help attract tourism is nothing new. There are facilities opening up and being proposed along the Gulf Coast – most recently one in Foley next to the OWA Amusement Park. We certainly acknowledge the immense value of increased tourism, leading to increased bed taxes and spending in the community.

The Escambia County facility can be a great place for local sports and local athletic leagues to be proud of and enjoy. It can improve the health of our area children. It can open up the west side of Pensacola and Escambia County.

The proposed location on the west side of the former ECUA property is a perfect fit. To the north is the new Corrine Jones park and playground. To the south would be the Bruce Beach property, which should most certainly have public access available for our citizens to enjoy the water. The potential of creating a hub of local and tourist activity is something to be excited about.

We believe this idea fits well in the CRA plan for our city. We’ve attempted to engage the west side of Pensacola in our downtown twice now, unsuccessfully, and we’re hoping we won’t see another opportunity like the YMCA and UWF College for Entrepreneurship going on Maritime Park wash away.

We think this project could be so impactful, that Rishy and I are prepared to help turn the idea into reality.

We plan to donate a portion of our parcel with a value estimated at roughly $3 million to make this project happen. As originally planned, it would be Pensacola Sports leading the effort to get the project completed.

There are some addendums to this. First, the project has to receive support from the Tanyard Neighborhood Association. Second, the facility should be open not just to tourists, but to the local community. Third, it must be compliant with the CRA plan. Lastly, it would need to be funded and approved through all the proper channels.

It is our hope that making the top choice for land available at no cost as a location sets a great foundation for success.

This project can create a healthier community, attract more visitors, create a great place for area residents, activate Bruce Beach and open the door to the west side of Pensacola.