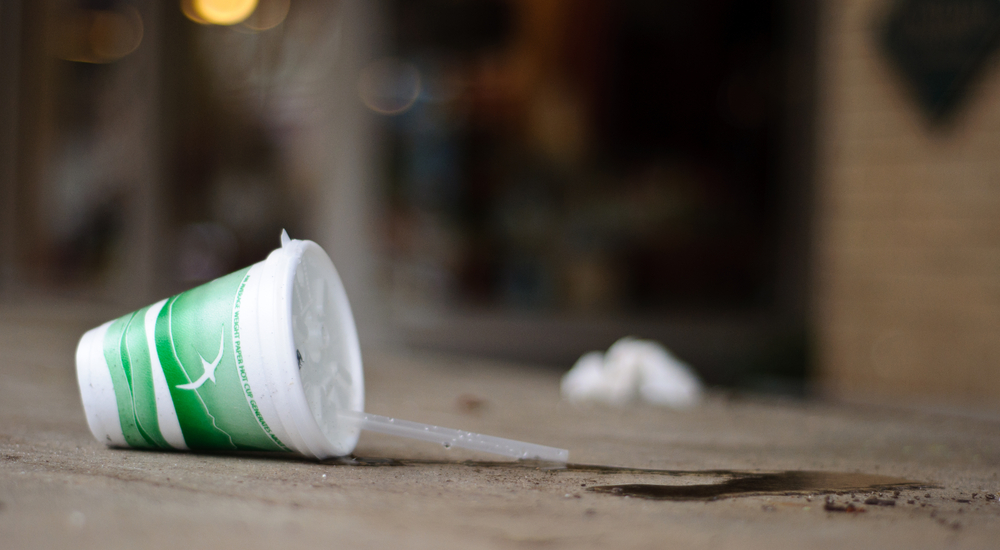 Pensacola may be taking a small, simple, somewhat symbolic step onto a greener path. Members of the city’s Environmental Advisory Board unanimously passed a motion Thursday to request the Pensacola City Hall be cleared of the plastic bottles of water and styrofoam cups ever present at public meetings.

The board decided to make the request after discussing how best to implement recommendations from the city’s Climate Mitigation and Adaptation Task Force recently released report.

Kopytchak had thrown the notion out a bit earlier in the meeting too, after recalling fellow board member Dr. Gloria Horning having mentioned it.

“We can start right here and come up with an idea to remove the plastics and the styrofoam from city hall and have an alternative and the environmental board doesn’t need to be guilty as we speak of colluding at the same time,” he told Mayor Grover Robinson, who was attending the meeting.

[pullquote]“We’ve never had a mayor here as long as I’ve been on the board so this is ground breaking.”-Neil Richards, EAB chair[/pullquote]

The mayor seemed open to the idea.

“We’ve got some good Pensacola mugs, so we can put those out,” Robinson suggested an alternative to the styrofoam cups near the coffeemaker.

Pensacola City Council Executive Don Kraher told the board he felt sure he’d be able to find a council member willing to sponsor the motion and bring it before the council. Three members of the city council — President Andy Terharr, as well as Sherri Myers and Ann Hill — were in attendance at the meeting, as was Christian Wagley, the member of the mayor’s transition team looking into environmental matters.

Neil Richards, chairman of the city’s EAB, had welcomed the notable attendees earlier. He seemed particularly glad to see the mayor in attendance.

“We’ve never had a mayor as long as I’ve been on the board,” Richards said, “so this is ground breaking. I truly appreciate it and I’m excited for the future.”

Robinson told the board he looked forward to seeing how aspects of their work could be incorporated into the city’s operations, as well as how the climate task force’s report might be applied.

“I’m very excited to see how this gets incorporated and the things we can begin to push forward,” the mayor said. “Seeing what you’ve done here as a group is very exciting, and we have real opportunities to position ourselves and be much better and really deal with restoration.”

[pullquote]“I’m very excited to see how this gets incorporated and the things we can begin to push forward.”-Mayor Grover Robinson[/pullquote]

Robinson then fielded questions from the EAB, diving into discussions about things like the need for breakwaters, the city’s tree fund, water quality, the possibility of using Three Mile Bridge rubble as an artificial reef, as well as the erosion and restoration of seagrass.

The mayor also told the group that he appreciated living in a city that had the initiative to form a municipal board dedicated to environmental concerns.

“The fact that we have a committee like yourselves,” Robinson said, “I think that says a lot about who we are as a community.”