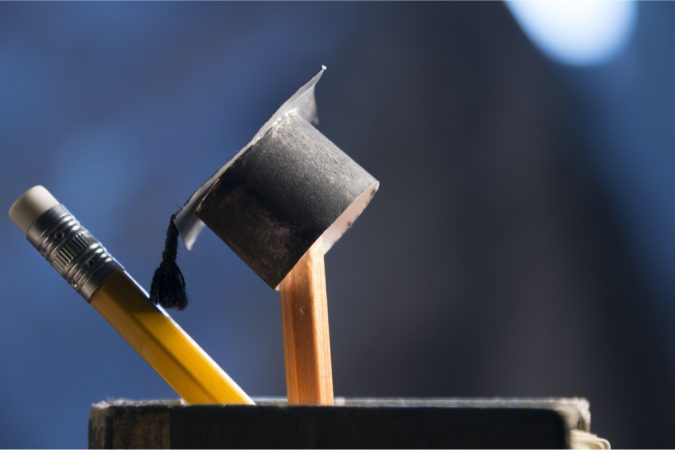 The Escambia County School District has selected a new superintendent. School board members voted Tuesday night to bring Dr. Timothy A. Smith to town to act as the district’s first appointed superintendent.

Smith will be coming to Escambia from Orange County, Fla., where he has worked for three decades, most recently overseeing that district’s high schools. He will start in Escambia in November, when current Supervisor Malcolm Thomas retires.

Smith beat out two other finalists for the superintendent position, whittled down from an original field of 27 applicants. A fourth finalist, Keith Rittel , withdrew from consideration prior to the school board’s meeting.

For much of Tuesday’s meeting, school board members seemed stalled in gridlock, with solid camps established for Dr. Earl Johnson, from Flagler Schools, as well as Keith Leonard, who had been promoted to assistant superintendent in June after serving Escambia’s director of human resources for 13 years. Chairman Patty Hightower suggested the board consider Smith when an impasse grew obvious.

Hightower said that Johnson had many of the qualities she was looking for in a superintendent — “In my heart I feel like Dr. Johnson brings something to our community” — but that Smith also appealed to her.

“When I talked to Dr. Smith, I saw some of the same attributes,” the chairman said.

“His enthusiasm is tremendous,” noted Bill Slayton, who represents District 5 on the board.

Dr. Laura Edler, who represents District 3 on the board, said she felt Johnson would be best with “community engagement” and could best reach students from across a diverse district such as Escambia, including students at higher risk of falling behind in school.

Edler also said she felt a connection to Johnson.

Though both Hightower and Edler pushed for Johnson, they lacked the crucial third vote. Meanwhile, District 1’s Kevin Adams was lobbying hard for Leonard.

“We are familiar with his record,” Adams said.

Likewise, District 2 board member Paul Fetsko said he was “leaning” toward Leonard. And Slayton noted a sense of “fear” among some district employees concerned about appointing an outside-the-district candidate, saying he felt that Leonard could follow Superintendent Thomas’s lead and “take it to the next level.”

“If Malcolm Thomas stayed that’s what he would have been doing, taking us to the next level,” Slayton said.

Adams, too, painted Leonard as representative of a continuation of Thomas’s legacy.

“I believe Keith will be the same kind of superintendent,” Adams said.

Edler took issue with this notion — “This is a new day, a new time, this is not about Mr. Thomas,” — contending that voters had elected to switch to an appointed superintendent rather than an elected one so that the board could bring in the best qualified candidate unrestrained by geography or politics.

The District 3 representative said that selecting Leonard would show “favoritism” and amount to “an insult to the citizens of this community.”

“Just because you are in this district does not mean that position is handed to you on a silver platter,” Edler said.

Regardless, Adams put Leonard’s name on the table for a vote. With Slayton joining Hightower and Edler voting against him, the candidate failed to secure the necessary three votes.

Next, Slayton suggested the board select Smith — something both Hightower and Fetsko had indicated they would entertain. While both Edler and Adams voted no, Smith had the three votes he needed to become Escambia’s next school district superintendent.

Chairman Hightower, along with the district’s legal counsel, will now begin contract negotiations with Smith. The school board expects to be reviewing the contract during its Sept. 15 meeting.