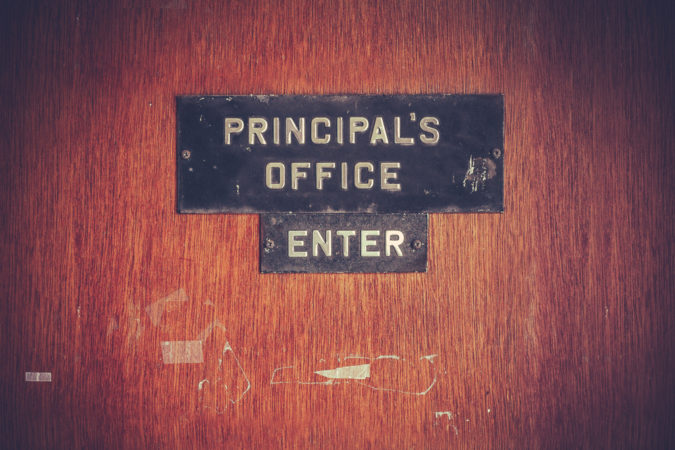 Why would the Tate High principal use a logo with a Confederate flag? Its namesake was a Civil War veteran who would tell his students that the textbooks were wrong about the Civil War.

According to the Pensacola News Journal archives from 1913, Tate enlisted in the Confederate Army as a private and was eventually promoted to first lieutenant in the third regment of the Alabama infantry. After the war, he was elected marshal for Tuskagee, Ala. He resigned and created the Tate’s Select School for Boys in Tuskagee with his brother.

He was later ordained a minister in the Methodist Episcopal Church in Evergreen, Ala.

He taught 13 years in Alabama and 35 years in Escambia County. He graduated 107 students, married over 200 couples, baptized over 100 infants and buried more than 300.

I found this salute published by Tate High’s Class of 1976:

A Salute to the Heritage of Tate High School – 1976
project by the Class of ’76.
Courtesy of Louise Robinson Davis, Class of ’46

Professor James M. Tate was the founder of Tate High School. He was born in 1837 in Alabama. The original school was known as Roberts High and was one of the first high schools in the county. The school building began as one room, and a shed was added for assemblies. The students sat on benches and walked on a sawdust floor.

Professor Tate was a lawyer and Civil War veteran who, on arrival at Roberts, taught all grades by himself for the first few years. He was also a minister, and when there was a funeral in the community the students were released from school and permitted to go. When his classes studied the Civil War, Professor Tate would often state that the textbooks were wrong. He then would tell of his many experiences while serving on the Confederate side.

The school day would start with Professor Tate calling the room to order. Then the boys would fill the water bucket from the creek, the girls would sweep the floor, some boys would clean the blackboard, and others would bring in the firewood. The girls then would sit on one side of the room and the boys on the other. They would have history, English, math, Latin, and spelling lessons. School would let out at three. All students living near the school would walk while those who lived in Ferry Pass or Beulah would ride horses.

Professor Tate’s room was the largest and was located in the center of the building. It was also used for assemblies. He would sit on the stage and to his right sat those students who misbehaved.