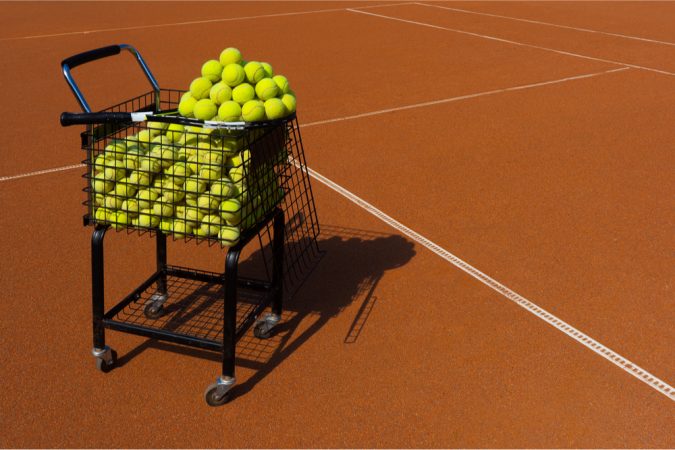 “So, obviously we hear tonight, ‘fix the courts,’ I think that’s a clear message. And ‘save the trees.’ Those are the two loud messages that I’m hearing,” Moore assessed during the Nov. 18 city council meeting.

The issue on the table: renovations at Roger Scott Tennis Center, including repairs to tennis courts, as well as landscaping and lighting, and, in particular, the addition of more parking and an accompanying stormwater pond that would mean cutting about 70 trees.

The city is partnering with Escambia County on this work at Roger Scott, with each entity expected to contribute about $1.3 million to the effort. However, the project has stalled a bit as city council members requested that the plans be reworked to save trees on the property.

“I think we should go slow, do the courts and postpone parking and the pond,” suggested Councilwoman Jennifer Brahier, whose district contains the municipal tennis center.

Brahier said that her constituents favored saving trees on the property and suggested that the city could forgo plans for additional parking, and thus the stormwater pond if they considered creating street parking as part of a road-diet project on Summit Boulevard.

“These don’t have to be one or the other,” she said.

Councilwoman Brahier also noted that leaving trees on the property at Roger Scott would be beneficial insofar as stormwater issues were concerned.

“I just want to be real clear here; trees mitigate stormwater,” she said, calling removing the trees to make way for a stormwater pond “shortsighted.”

Local environmental advocates expressed support for this approach, as did the local tennis community. Mainly, they stressed to the council; the tennis courts just needed the renovations completed.

David Mayo, who founded the Pensacola Open Wheelchair Tennis Championship, which ran from 2004 to 2016, said that the court conditions at Roger Scott eventually led to his event—one that attracted international competitors—being scrubbed from the calendar.

“Sadly, because the conditions of the court deteriorated over those years, with cracks and dips and it became such a problem, safety, that we lost our sanction, so we had to disband the tournament,” Mayo explained. “Frankly, it was a bit of an embarrassment to me.”

Mayo agreed with other members of the tennis community that spoke at the Nov. 18 council meeting that the additional parking area wasn’t of paramount import. Players can make do with the current dirt lot.

“The condition that they’re in now, I have no problem, in a wheelchair, going around through the hardpack dirt, going around to the front, it’s really not even an issue to me, the pavement there, for whatever that’s worth,” Mayo said.

Mayor Robinson explained to city council members that city planners drafted the Roger Scott improvements based on the requirements of city ordinances. Because the job entailed additional paved parking, a stormwater retention pond is also required.

Because these improvement plans are based on the requirements of city ordinances, the mayor said, it’s within the council’s power to sidestep such requirements.

“You are welcome to waive that; it’s your ordinance, you can waive that,” Robinson said, telling the council that without such constrictions, staff could “be more creative” in its planning.

Council decided unanimously to go ahead and approve an interlocal agreement with Escambia County to solidify the funding, but with the caveat that the plans be reworked without the additional parking and required stormwater pond.

“There’s just so many ways to do this thoughtfully and consciously and over time instead of rushing into something silly and very shortsighted,” concluded Councilwoman Brahier.