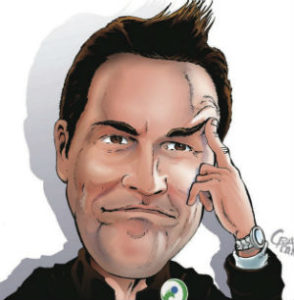 The News Journal is reporting today that Mayor Ashton Hayward’s City Administrator Eric Olson has been accused of threatening an NAS employee who also heads the city’s oldest neighborhood association.

The story follows a similar report by former Pensacola City Council President Maren Deweese that she published yesterday on her blog.

Attorney Alistar McKenzie represents Melanie Nichols, who works for the federal government and is president of the North Hill Preservation Association. Last year, her group successfully got Gov. Rick Scott to reverse a decision that would have moved the regional probation and parole offices to a building near their neighborhood. Most recently, Nichols and her board have opposed a cell tower that has been proposed to be built on West Strong Street (North Hill Letter to Planning Board_Cell Tower_08112015).

On July 20, McKenzie sent a Cease and Desist order to Mayor Hayward that alleged that City Administrator Eric Olson sought to have Nichols fired when he called her supervisor earlier in July about emails the she sent to city staffers.

According to the attorney, Olson complained to her boss that she was using her work account to send “about 300 emails” to city employees. The city administrator allegedly told the Lt. Commander that he had the emails in front of him and that the City had issues with the Nichols’ activities. Extensive use of Government email accounts for non-government business is considered a significant employee violation.

When the Navy checked Nichols account, they only found an handful of emails since 2003 and two of them were “thank you” notes.

When the Navy reached out to Olson to provided the 300 emails that he said he had in front of him, the city administrator told them it would take a few weeks to provide them.

The PNJ has filed a public record request for any emails from Nichols to the city. Olson did not return their reporter’s phone calls. Deweese has the Cease and Desist order on her blog.

Mayor Hayward announced on Monday that Olson would take over the duties of his COO Tamara Fountain, who resigned after the media began to question her qualifications.

Olson has been City Administrator since April 1. The Navy veteran worked as Veteran Coordinator for Pensacola Habitat before joining the city as Initiatives Coordinator in 2013–his first job in municipal government. In August 2014, he was promoted to Asst. City Administrator when Colleen Castille was told her services were no longer needed.

STRIKE ONE: Olson has been under fire for his cover up of the Planning Board member Scott Sallis’s vote for a project presented by this firm and whether city staff instructed him that he could vote –a violation of Florida Ethics law. Councilman Charles Bare has proposed the the council conduct an inquiry to get to the truth.

STRIKE TWO: Yesterday, the PNJ reported that Olson failed to return the phone call of a defense contractor who wanted to discuss for the Pensacola International Airport a potential hotel and dormitory to house up to 2,000 prospective pilots per year and a military contract that would create 100 to 150 full-time staff.

STRIKE THREE: This latest allegation is bad. A City Administrator calling the boss of the head of a neighborhood association to shut her up is something unprecedented in city of Pensacola history.

Mayor Hayward better get an handle on city hall soon.