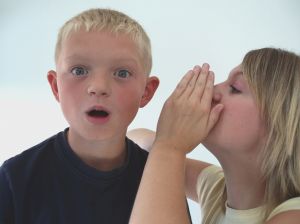 The buzz is the old AV Clubbs School on Cervantes between 12th and 11th and the commercial offices on that block will become home to a Publix. Sources inside city hall say that the design presented to the mayor’s office calls for architecture that will fit in with the East Hill neighborhood. Expect an announcement from the mayor in the next two weeks. The store could be open by this time next year.

Pitiful Escambia, Part 2
Inweekly has the list of unlicensed borrow pits in Escambia County. The owners include some of the most successful contractors and builders in the area: Roads, Inc., Panhandle Grading & Paving, Gulf Coast Grading & Paving, Gulf-Atlantic Construction, Campbell Sand & Gravel, Ed Chadbourne, Inc. and even the Florida Department of Transportation. See EscambiaPits_Data.

Greg,
I am writing asking you to reopen or start a new investigation of the City of Pensacola and public records issues. I made a request back on June 5, 2014, and it took over 45 days for Jane Ballard to respond to me after she obtained the document the next day despite my repeated requests for a response. I have attached the pertinent documents which outline the timeline.

The only response I had ever gotten to my request prior to Monday of this week was the automatic response that the city had received my request. I have attached a copy of that email. I did not know until Thursday that they had any documents responsive to my request. Apparently, Ms. Ballard did call me earlier in the week and left a message that the public records request was closed and released and that there were no records.

I did not receive the message until Thursday. However, I never received notification from the city’s automated public records system that the request was closed. I have always gotten notifications that the request was completed before. Indeed, when I logged into the system last Thursday to verify the status, it shows the only correspondence I ever received was the initial email I previously referenced. I did, however, see that an email string between Ms. Ballard and Mr. Kerrigan had been uploaded at some point as a .pdf. I do not know when this document was uploaded, but I was never notified by the system when there was a change to the status of my request. I have always been emailed when there is any change even if it is only partial completion.

I find it troubling that I followed up by email with Ms. Ballard on June 25, June 27, and July 7 and left her a voice message on June 27, and never got a response. I have attached copies of those emails. In one of them, I even asked the city to simply advise me that no such records existed. Now I realize that they knew since June 6, the day after my request, that there were no records. As it stands, I still have not gotten an email that the request has been closed despite a notation in the system that it has been.

Ms. Ballard knew the day after I made the request that she had a response to my public records request and intentionally withheld that information until about 45 days later even though I had tried to contact her a number of times. I am asking that you please look into the city’s issues with public records again. While they have a system that is supposed to give timely responses, this system does not work if individuals actively withhold that information.

Stevenson suggested that if anyone has had unusually long delays in receiving records from the city, please contact the State Attorney’s Office.