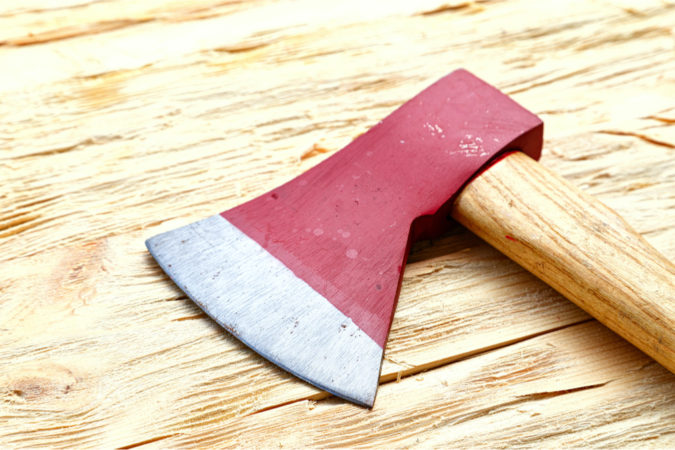 Recap and analysis of the week in state government and politics

TALLAHASSEE — It was a whirlwind week in Florida marked by landmark court rulings, record daily numbers of new coronavirus cases, and looming budget cuts that Gov. Ron DeSantis likened to the Red wedding massacre in the HBO series “Game of Thrones.”

DeSantis pledged to have a long list of vetoes to help balance state lawmakers’ proposed $93.2 billion budget, which the governor received on Tuesday.

“There’ll be a lot of red,” DeSantis told reporters.

Florida lawmakers put together the new budget for the 2020-2021 fiscal year, which begins July 1, before the coronavirus pandemic crippled the state’s economy and slashed sales tax revenues.

As the governor faces major decisions about state spending and policy issues in the budget, he is also grappling with a recent surge of new coronavirus cases.

DeSantis, however, told reporters on Tuesday he has no plans to scale back the reopening efforts he launched in May and has since expanded.

“You have to have society function, you have to be able to have a cohesive society,” he said. “To suppress a lot of working-age people at this point, I don’t think would be highly effective.”

FARMWORKERS CLAP BACK AT DESANTIS

Farmworkers pushed back after DeSantis said migrant workers and Hispanic construction workers have contributed to Florida’s spike in coronavirus cases, in part, because of their cramped living and working conditions.

“Some of these guys go to work in a school bus, and they are all just packed there like sardines, going across Palm Beach County or some of these other places, and there’s all these opportunities to have transmission,” DeSantis told reporters Tuesday.

He pointed to cases in migrant camps, “overwhelmingly Hispanic” day laborers in Northwest Florida, an Alachua County watermelon farm and Immokalee, a major hub for tomato production, as evidence for the uptick in cases.

But members of the tightly knit agricultural community of Immokalee told the News Service of Florida it isn’t farmworkers’ fault that they are getting sick.

Antonio Tovar, executive director of the Farmworker Association of Florida, said the federal government has deemed them “essential workers” and the state has been slow to provide the community the resources farmworker advocates have requested to slow the spread of the highly contagious virus.

Tovar also accused DeSantis of ignoring pleas from a coalition of 50 groups that asked the governor for help in late April.

“We sent this letter to the governor more than two months ago and now he is realizing that foreign workers are more suitable to get infected. That is very shameful because he was advised. He was told when we sent the letter,” Tovar said.

The Deferred Action for Childhood Arrivals program, known as DACA, shields undocumented immigrants who were brought to the country as children from deportation and allows them to work in the U.S.

President Donald Trump’s administration has tried to dismantle the program, prompting lawsuits that resulted in Thursday’s 5-4 court decision.The program was launched in 2012 by then-President Barack Obama.

Karen Caudillo, a DACA recipient who lives in Orlando, came to the U.S. with her parents as a 4-year-old. Caudillo said the court decision was an unexpected and emotional moment for her, especially after talking to her mother.

“My parents have sacrificed so much. This morning, my mom broke down in tears on Facetime and she was just like, all our sacrifices are worth it. You are invincible and don’t let anybody tell you that you don’t deserve to be in your home,” Caudillo, 24, said in an interview.

While the court upheld the program on Thursday, Caudillo and other undocumented immigrants in Florida remain cautious about their temporary legal status because the ruling did not block the Trump administration from ending the program.

The court found that the Trump administration failed to adequately justify the decision to shut down the program, but said the administration could try again.

Trump tweeted Friday that he intends to try again to end the legal protections.

DeSantis on Wednesday asked a federal appeals court to put on hold a ruling that would pave the way for hundreds of thousands of Floridians who have been convicted of felonies to register and vote in November, arguing the decision could “corrupt” the integrity of the state’s elections.

The Republican governor requested that the 11th U.S. Circuit Court of Appeals issue a stay as his administration fights a lower-court ruling about a 2019 state law aimed at carrying out a constitutional amendment that restored the voting rights of felons “who have completed all terms of their sentences, including parole and probation.”

Voting-rights and civil-rights groups filed a lawsuit challenging the constitutionality of part of the 2019 law that requires felons to pay “legal financial obligations” — fees, fines, costs and restitution — associated with their convictions to be eligible to vote.

In a 35-page brief filed Wednesday, the state’s lawyers argued that the 2019 law should not be overturned.

“Here, Florida’s interest in punishing a felony is not satisfied until all the terms of a felon’s sentence are completed in full,” the brief said. “This is true whether the uncompleted term at issue is a period of incarceration or a fine and regardless of why the term remains unsatisfied.”

Hinkle’s ruling in May established a way for the vast majority of the felons who have been banned from participating in elections to register and vote, based on their financial status at the time they were convicted and their voting rights were stripped.

In a sharply worded order issued Sunday, Hinkle refused to grant the state’s request to block his order from going into effect while the appeal is pending.

“No matter how many times the state asserts the contrary, a statute that punishes some individuals more harshly based only on wealth, or that irrationally conditions eligibility to vote on wealth, is unconstitutional,” wrote Hinkle, who has repeatedly branded the state law as a “pay-to-vote” system.

But lawyers for DeSantis and Secretary of State Laurel Lee in the Wednesday brief argued Hinkle’s ruling “thwarts the people’s wishes, as it allows individuals to register and vote who are not eligible under Amendment 4.”

QUOTE OF THE WEEK: “We are not shutting down. We are going to go forward.” — Gov. Ron DeSantis on Tuesday, speaking about the state’s response to a recent surge of COVID-19 cases.