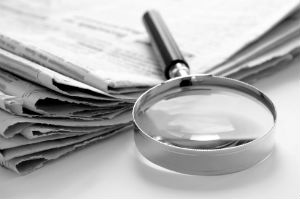 On a week when Jimmy Buffett came to the Capitol, one major piece of legislation ended up happily ever after. But others were getting to where they might need to do the desperation samba. As for the fate of other legislation? Only time will tell.

The biggest single bill in education — an overhaul of testing in public schools — is now headed to Gov. Rick Scott’s desk. Lawmakers fought over whether gay couples should be allowed to adopt children and what that might mean for faith-based adoption agencies.

Meanwhile, Scott changed his attitude about Medicaid expansion, opposing something he had once supported, and the standoff over a critical pot of health-care funding continued. With crunch time on the budget approaching and little reason to think that the conflicts were about to end, legislators were already starting to plan for what happens if it all falls down.

It was something of a surprise two years ago when Scott announced that he would back, at least on a temporary basis, the expansion of Medicaid contemplated under the federal Affordable Care Act, commonly known as Obamacare. As a private citizen, Scott had fiercely fought the law, but as governor, he would accept funding from one of its core components.

Senators came up with their own alternative, which would tap the federal funding to help lower-income Floridians buy private insurance. That died in 2013, but has been revived by senators this year as part of a plan that also seeks to extend a critical funding program for hospitals called the Low Income Pool, or LIP. Senators and other state officials hope to persuade the federal Centers for Medicare & Medicaid Services to keep a form of LIP going past the program’s June 30 expiration date.

So is Scott still on board with Medicaid expansion, or at least the Senate alternative? Not so much.

“… Given that the federal government said they would not fund the federal LIP program to the level it is funded today, it would be hard to understand how the state could take on even more federal programs that CMS could scale back or walk away from,” Scott said in a statement.

“The Senate also shares the governor’s commitment to tax relief and record funding for education; however, if our state is forced to make up the difference of $2.2 billion in hospital funding, every area of our budget will be impacted,” Gardiner, R-Orlando, said. “Moving forward the Senate will continue to advance the conservative, Florida-based, free-market solutions we have proposed. We believe these innovative, bipartisan proposals can gain the approval of our federal partners, and we stand ready to meet with the House or Governor Scott at any time to discuss a way forward.”

But there was no sign of any movement from any side on the impasse. Instead, the Senate took a far less subtle shot at the governor on Tuesday, tabling the confirmation of state Surgeon General John Armstrong after questioning him about the coverage-expansion plan.

Armstrong went before the committee for what would ordinarily have been a routine confirmation hearing. But he faced a series of questions from Sen. Don Gaetz, R-Niceville, and Senate Minority Leader Arthenia Joyner, D-Tampa, about his views on the expansion plan.

The surgeon general, who is secretary of the Florida Department of Health, appeared to try to deflect the questions, at one point saying he had not “formulated an opinion:” on the Senate plan.

Senate Majority Leader Bill Galvano, R-Bradenton, made a motion to “temporarily postpone” the confirmation hearing — a procedural move that essentially tabled the matter. After the meeting, Galvano pointed to questions that senators asked about the health-care expansion plan.

“There was not an adequate answer, and I think the members were frustrated,” he said.

The major issue in public education this year has been how to limit the number of tests that public school students are forced to take. After weeks of debate, the House voted overwhelmingly to approve a compromise with the Senate and send the bill (HB 7069) to Scott.

The bill puts a hold on the use of student test data for school grades, teacher evaluations and student promotion to fourth grade until the new Florida Standards Assessments can be independently validated. It also scraps a law requiring school districts to come up with end-of-course tests in classes where the state doesn’t administer such exams; caps the amount of time students can spend on state and school district tests at 45 hours a year; and reduces the portion of a teacher’s evaluation tied to student performance from the current 50 percent to one-third.

The Foundation for Florida’s Future, an organization founded by former Gov. Jeb Bush that plays an influential role in education policy, praised lawmakers for approving the bill.

“They voted to keep education transparent and provide teachers with the information they need to help students learn, while ensuring testing at every level is done thoughtfully,” said Patricia Levesque, executive director of the foundation. “Florida lawmakers have shown it’s possible to achieve fewer, better tests while continuing to measure student success.”

The Florida Education Association, the state’s largest teachers union, issued a measured statement of support, but made clear it doesn’t believe the proposal goes far enough.

“We will need to continue to work to educate the public and lawmakers about standardized testing in Florida and be prepared to make further positive adjustments the next time the Legislature meets,” FEA President Andy Ford said.

And the complaints that have long dogged the state’s high-stakes testing regime were almost certain to continue. Hours before the House vote, Democratic Congresswoman Frederica Wilson and state Sen. Dwight Bullard, D-Miami, rallied against the bill for being too mild.

“We’re taxpaying citizens, and we say, this test is invalid,” Wilson, a former elementary school principal, said in a speech slamming the FSA. “… Somebody’s gotten rich off of all of this testing and I am sick of it.”

For now, though, lawmakers seemed ready to move on to other issues.

The House also had another vexing issue to deal with this week: a controversial measure that would allow private adoption agencies to refuse to place children with same-sex couples.

In some ways, the bill was a form of political cover. It came after a conservative backlash about part of a separate bill (HB 7013) the House passed providing cash incentives to state workers who adopt children in foster care — legislation that would also repeal a decades-old law that banned gay adoption in Florida.

The ban essentially ended in 2010, when an appeals court ruled against it, but it remained in law.

The “conscience protection” bill, sponsored by Rep. Jason Brodeur, R-Sanford, passed 75-38, mostly along party lines. It would protect private adoption agencies from losing their licenses or state funding if they refuse to facilitate adoptions on religious or moral grounds.

“There is no intent to discriminate,” said Rep. Ross Spano, a Dover Republican who supported the measure. “We should be encouraging these agencies to perform adoptions … not forcing them to choose. Please don’t put them in that position.”

But critics contended that Brodeur’s bill would allow discrimination not only against gays but against single, divorced, Jewish and multi-race parents. Rep. Darryl Rouson, D-St. Petersburg, said he wasn’t sure “that there aren’t the remnants of homophobia” in Brodeur’s measure.

“What is this really about?” Rouson asked. “Is it truly, sincerely-held religious beliefs that are about to commit an atrocity? Or is it subterfuge, to create a way that government sanctions and condones continued discrimination against our fellow man?”

The Senate also wrested with the issue, taking up the bill that would repeal the old law banning gay adoptions. Senators turned away an effort by Sen. Kelli Stargel, R-Lakeland, to keep that law on the books. Like with the “conscience protection” issue, she pointed to concerns about the effect on faith-based adoption agencies if the law is repealed.

“I strongly believe that our faith-based organizations provide a lot of our adoptions, and I think that they should have the religious freedom not to have to put a child in the home of a family that they may not believe holds their religious guidelines,” Stargel said.

“It’s not only an unfriendly amendment, it is a killer amendment,” Gaetz said.

As he often does, Scott tried to avoid anything resembling a direct answer when asked if he’d sign or veto the measure

“We have a great state,” he said. “We’re one of the best melting pots in the world.” Scott noted that 250,000 languages are spoken in Florida, more than 100 million tourists are expected this year and 250,000 people moved here last year. “This is a state that people want to move to — we’re doing the right thing,” he said.

QUOTE OF THE WEEK: “What would Skink do? He’d do the right thing,”—Jimmy Buffett, referencing fictional former Florida Gov. Clinton Tyree, who appears as a wild hermit known as Skink in a number of Carl Hiaasen’s novels. Buffett and Hiaasen were in Tallahassee for a rally to encourage lawmakers to buy Everglades land from U.S. Sugar Corp.

© 2015 The News Service of Florida. All rights reserved. Posting or forwarding this material without permission is prohibited. You can view the Terms of Use on our website.