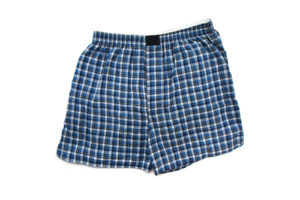 Last Thursday morning, the National Movement for Civil and Human Rights, NAACP, and Southern Christian Leadership ConferenceLast Friday held a press conference in a church parking lot across the street from the headquarters of the Escambia County School District.

The leaders were protesting the possible expulsion of three West Florida students over a hazing incident on a school bus after a JV football game.

Thelma Roby, grandmother of one of the boys, described the incident to me at the press conference.

“The Jr. Varsity team had a football game and, of course, the boys were excited they won,” she said. “Anytime you leave children at their own discretion they’re playful and rambunctious, and they all entered the bus to leave to go back to the school at Northwest Florida from Pensacola High School. “

It was on the bus ride back to West Florida High that some of the boys began pantsing fellow players —“Hazing is what I call it,” said Ms. Roby. “Pantsing” is pulling down the pants of someone.

According to Ms. Roby, the pantsing ritual had been allowed on the team bus for years.

“It’s my understanding–from talking with many of the children that were there–that they attempted to pants one kid and then once they got near the school on this dark road where you couldn’t see anything they pants another kid,” she said. “I’m not saying that the parents should not be upset, I would be upset myself, but the thing is, do you destroy lives because of this one incident? Do you destroy three children’s lives because of this especially when all of those individuals on that bus participated?”

Hazing is wrong. As a high school sophomore football player, I got slugged so hard by a senior that I saw stars when I fought back against hazing. In college, my fraternity pledge class agreed to a walk-out as a group if any of the seniors started hazing.

At West Florida High, the people who should be investigated and punished are the football coaches, not the players. These are 14-15 year old boys. The adults need to lay down the rules and enforce them. What they permitted on the bus was what was promoted by the coaches.

Plus, more than one adult chaperone should have been on the bus. The coach driving the bus couldn’t keep his eyes on the road and the boys. If he suspected misconduct, the coach should have stopped the bus and called out the players.

If any discipline is meted out against the boys, it should happen on the playing field-–game suspensions and extra laps.

The coaches are another matter and should be the focus of any investigation.