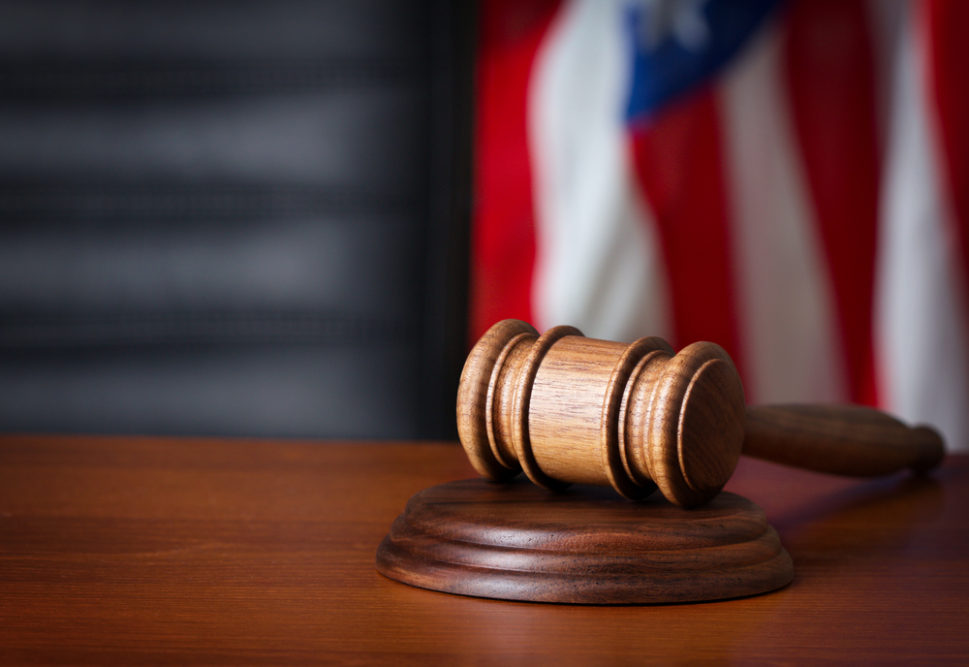 A. Expand and Improve Pretrial Supervision Practices
Pretrial services can take many forms, but generally encompass the bundle of interventions that will ensure that an individual defendant appears at trial and is not rearrested during the pretrial period. Robust pretrial service programs are key components to effective pretrial reform.

Instead of relying on unaffordable bonds and pretrial detention, Escambia should utilize an array of less- restrictive tools that are likely to produce better outcomes for the community. To achieve meaningful reform, we must expand evidence-based, strategic pretrial supervision strategies to include the following:

1. Actuarial Risk Assessment: Update risk assessment to a validated, evidence-based tool upon which judges can confidently rely.
At a defendant’s first appearance in court after arrest (usually within 48 hours), the court sets the conditions of his pretrial release (if eligible), including any monetary bail. Calibrating these conditions to mitigate risks to public safety and flight is always, at bottom, a process of risk assessment.

Actuarial pretrial risk assessment tools are in use around the country. They are currently employed statewide in Virginia, Kentucky, New Jersey, and Ohio. Escambia’s current assessment has not been validated to accurately predict pretrial release outcomes. However, it should consider adopting a risk assessment used in New Jersey. Its assessment was developed with help from the Laura and John Arnold Foundation using a database of over 1.5 million cases drawn from more than 300 U.S. jurisdictions that is designed to assist judges in making release/detention determinations: http://www.arnoldfoundation.org/initiative/criminal-justice/crime- prevention/public-safety-assessment/

2. Court Date Notification: Implement calling / texting service to notify defendants of upcoming court dates
In Escambia, 31% of no bond inmates are held without bond because they violated the terms of release and their bond was revoked. Often, they simply forgot and missed a court date. The least invasive tool to ensure that defendants show up to court is also one that has been shown to be quite effective: reminders. Over the past three decades, studies have demonstrated that simply reminding defendants of their upcoming court date improved appearance rates.

3. Pretrial Services: Rely on the County’s Pretrial Services in lieu of monetary bail.
The County funds (~$586,000) a pretrial release (PTR) program to monitory to assure their appearance in court. The court orders defendants to enroll in PTR for roughly 37% of those eligible for release. Because this program serves many of the same purposes as a bail bondman, it may be used as a substitute. However, too often the court orders jail inmates to PTR (without testing) in addition to a monetary bail—67% of the time. This duplicates services.

4. GPS Monitoring: Limit electronic monitoring to high-risk defendants and only as an alternative to pretrial detention—at public expense
Existing research on the efficacy of electronic monitoring (GPS) has documented mixed results. Proponents claim it can help track a defendant’s movement in order to deter him from absconding or returning to a place to commit a serious offense. Yet, electronic monitoring as a condition of pretrial release has not been shown to reduce pretrial failure.

Electronic monitoring is significantly cheaper than incarceration. Instead of paying $50 or more per day to jail them, the county could pay just over $15 per day for their GPS monitor. Yet, some defendants cannot afford it and remain in jail. For inmates remaining in jail simply because of their inability to secure the additional money for the GPS, the County should continue offer to pay for the GPS.

B. Tailor any Monetary Bail to its Purpose
Monetary bail prevents many indigent defendants from leaving jail while their cases are pending—even though often these defendants do not pose a threat to the community. Too many people are jailed unnecessarily, with their economic status often defining pretrial outcomes.

The following suggestions will help promote an effective bail system for Escambia:

9. Consideration of Dangerousness: Manage dangerous defendants through the established procedure for pretrial detention, not by imposing high monetary bail
Florida permits the state to detain pretrial defendants who pose an unreasonable risk to public safety. See § 903.047(4), Fla. Stat. However to do so, the state must establish the need with clear and convincing evidence. United States v. Salerno, 481 U.S. 739, 751-52 (1987).

Compliance the pretrial detention statute—instead of simply asking for a higher monetary bail— makes sense. Monetary bail does nothing to protect the public from a potentially dangerous criminal defendant. So long as the criminal defendant does not flee, no financial consequence results from his committing a future crime. See § 903.28, Fla. Stat. Accordingly, the monetary bail furthers no legitimate government’s interest in community safety—and therefore cannot constitutionally be put to this use.

Prosecutors should move for and transparently establish the need for pretrial detention of dangerous defendants. They should not be permitted to bypass the evidentiary showing and rely on courts to order pretrial detention through the sub rosa imposition of an unaffordable monetary bail.

C. Streamline the System—From Arrest to Resolution
While robust pretrial supervision and reformed bail practices impact the pretrial process, other meaningful reforms will impact Escambia’s jail population. Improvement requires buy-in from each stakeholder, from the Escambia County Sheriff’s Office to the Public Defender’s Office. If we streamline the system as a whole, the results will benefit individual citizens and reduce costs to the taxpayers. The following suggestions will help expedite criminal justice processes and reduce the jail population:

Yet, 77 of the bondable inmates at the time of this analysis are held in jail solely on misdemeanor offenses. Law enforcement should arrest those only when they could not otherwise simply release them with a promise to appear at a future court date. The Sheriff increasingly issues notices to appear, but this trend should further increase.

11. VOP & FTA No Bonds: Issue summons for violation of probation and failure to appear
When a person violates the terms of pretrial release or probation, the court often orders his “no bond” arrest. These two categories together account for most of the roughly 85% of the jail population that are detained “no bond” and deemed ineligible for pretrial release. However, these no bond detentions are not always appropriate or lawful.

12. Bail Hearings: Promptly hear motions to modify bail
The public defender should flag challengeable monetary bail set at first appearance and immediately assign an APD to prepare and file a motion to reduce the bail. Once the motion is filed, trial judges should prioritize these motions and hear them within a week, perhaps by reserving a specific day of the week to resolve bail reduction motions. Additionally, the Chief Judge may consider hearing motions that remain unresolved after 10 days pursuant to her authority granted by Fla.R.Crim.P. 3.131(d)(1)(B).

13. Waive Court Appearance: Reduce failures to appear by eliminating the need to appear.
A criminal defendant may be excused from attending some pre-trial hearings. Fla.R.Crim.P. 3.180(a) permits him to waive appearance. Doing so would eliminate the risk that he will fail to appear and have a bench warrant issued for his arrest. Criminal defense lawyers should inform defendants of this possibility and encourage waiver in appropriate circumstances.

14. Plea Offers: Timely provide charge assessment and plea offers (score sheets)
Nearly all criminal cases will be resolved through a plea bargain. When the pending charge is minor, an inmate may ultimately be sentenced jail for a minimal time (2-3 weeks) or even just released and placed on probation. However, about 9% of pretrial inmates (~111 inmates) are held on misdemeanor charges. And a typical person held on misdemeanor charges stays in jail for 29 days. Resolving these cases expeditiously would
reduce the pretrial population.

Prosecutors should quickly review and make plea offers for charges that will not likely result in jail or prison time. The public defender should review the pleas and score sheets delineating the sentencing guidelines with his client. In this way, criminal charges may be resolved at the first hearing before the trial judge or on special request—instead of weeks later. Criminal defendants whose are sentenced to probation or time served may be released; others may begin their sentence in the county jail.

To read the report, visit here.