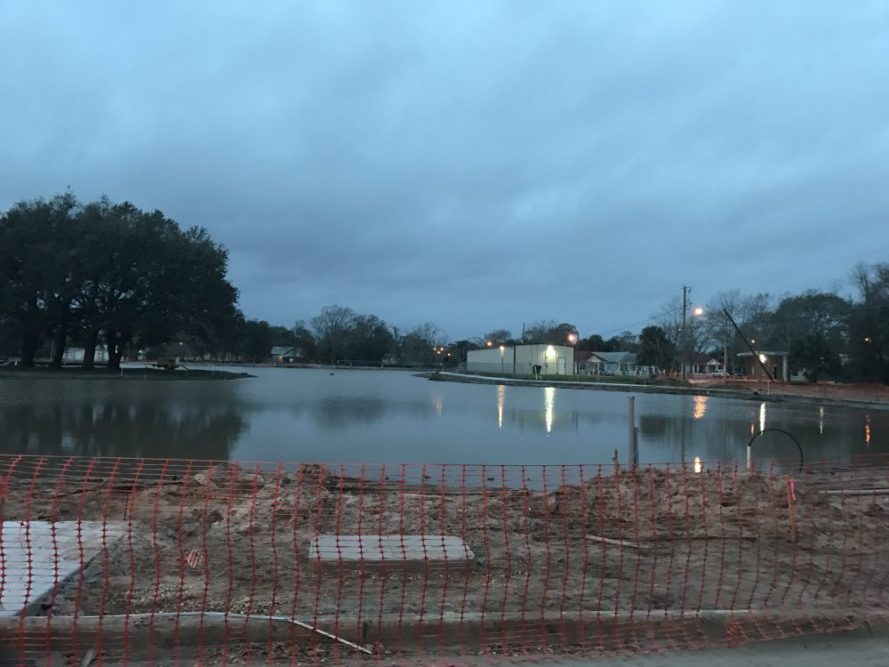 In August 2015, the City of Pensacola announced that it had reached agreement with BP on its oil spill claim. The one-time windfall had the possibility of creating legacy projects if the Hayward administration leveraged the funds with state and federal grants. Unfortunately, that didn’t happen.

Of the total $5.35 million settlement, $2 million went to replenish the city’s Natural Disaster Fund that was depleted after the 2014 flood; $989,669 was split between the city’s attorneys, Levin Papantonio, Beggs & Lane, Morgan and Morgan, Hinkle & Foran, Baron & Budd, and Weitz & Luxenberg (18 percent); and $1.27 million was appropriated to help fund the Corrine Jones/Government Street stormwater project, whose budget had exceeded its grant after the Hayward administration expanded the size of the pond. The balance of $1,094,053.05 remained in the general fund for the mayor to spend as he wished.

Rather than leveraging the funds for possibly another “legacy” project, like Corrine Jones, the funds have been doled to help fund a series of small drainage projects around the city, totaling $781,492.15. Only $312K remain available.

Most recently, Mayor Hayward has been lobbying state lawmakers that city receive a share of the $300-million in Triumph Gulf Coast funds – approximately $12.75 million.

City Administrator Eric Olson last week complained to the Pensacola City Council that city had to go to the county for RESTORE funds.

“So, we missed out on leveraging opportunities,” said Olson. “We can’t pledge it as a match for another grant, so we would really like to have that some guarantee that we’re getting some of that money.”

In 2015, the City of Pensacola had at least a million dollars to pledge as a match for another grant and didn’t do it. Maybe the mayor can leverage the remaining balance.

4 thoughts on “What happened to City of Pensacola’s BP settlement funds? You may be surprised”