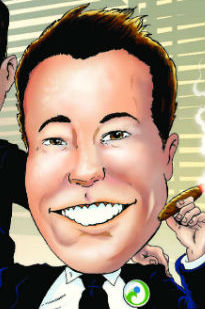 Today, Nate Monroe has a column in the daily newspaper regarding the new YMCA. One sentence early in the article struck me:

“But it will be up to council members to decide if those financial benefits — as well as others that advocates of the waterfront Y have argued would materialize — are enough to justify its placement on a waterfront parcel west of the stadium.”

Didn’t we elect Ashton Hayward to be a strong mayor? One that would make decisions, be accountable and lead this city? Where does he stand on this issue?

I’ve been told that he wanted the YMCA on the waterfront at the Maritime Park. PYP, Baptist Hospital and others have endorsed that location—some thinking that the mayor wanted it there.

But instead of strong leadership, Hayward appears to have walked away, placing the Y on the March 11 agenda under an entirely new category: “Attorney Communications & Actions” with no recommendation. And if Monroe’s analysis is correct, Pensacola’s first strong mayor is going to let the city council make his decision for him.

The new YMCA was a chance for Hayward to take a stand –one that about 65 percent of the city will support — and have to fight for it against a vocal 35 percent opposition. Leaders relish those kind of battles because it’s how good policies are made, especially when both sides stay focused on what’s good for the city.

Right now, it doesn’t appear that will happen, but he still has a few days to buck up his courage and lead.