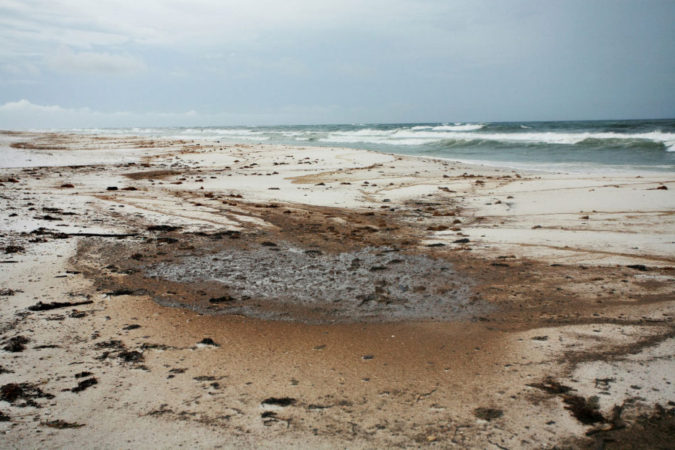 FLORIDA – On Friday, November 18th the Department of Interior Bureau of Ocean Energy Management (BOEM) released its five-year plan for oil and gas drilling. Excluded from the plan is the Arctic’s Beaufort and Chukchi Seas. A huge victory that took the coordination of numerous Arctic and national environmental organizations to achieve. Although residents and numerous organizations along the Gulf Coast have been extremely vocal in our desire to transition to sustainable, renewable energy sources, the Gulf of Mexico remains in the five-year plan. The plan includes 10 region-wide leases in the Gulf of Mexico from 2017 through 2022.

“We’re happy that the Arctic is protected,“ said Dr. Enid Sisskin with Gulf Coast Environmental Defense, “but by allowing more leasing and drilling in the Gulf of Mexico, we’ll worsen climate change and delay the time when we transition from fossil fuels to clean renewable energy as well as threaten the environment of the Gulf states with the inevitable pollution from fossil fuel extraction.”

Interior Secretary Sally Jewell said in a statement to Politico, “The plan focuses lease sales in the best places — those with the highest resource potential, lowest conflict and established infrastructure — and removes regions that are simply not right to lease.” The Gulf of Mexico is not the place to continue to lease.

“We have been the sacrificial zone for oil and gas exploration and drilling for far too long;” says Mary Gutierrez, Executive Director of Earth Action, “We want the creation and implementation of a job market – a green job market – that supports the promotion of renewable energy sources and that transitions us to sustainable energy practices that help reduce our carbon footprint.”

BOEM has admitted that hurricanes and other extreme weather events can damage offshore oil and gas pipelines and infrastructure resulting in spills, but fails to analyze how increased storm severity in the face of climate change will increase the risks of oil spills, accidents and other environmental harms associated with offshore oil and gas drilling in the Gulf of Mexico.

“The Gulf Coast got dealt a major blow in 2010 with the BP oil spill disaster,“ says Marsha King with Don’t Frack Florida. “The long term damage to our ecosystems and economy are still to be fully observed and understood. The Gulf should not have been included in this plan. Renewable energy is readily available and the cost is down. Let’s move in the right direction and put an end to offshore drilling once and for all.”

We no longer want big industry or the government to dictate the type of energy source we want for our communities and Gulf Coast Region nor will we allow local, state, and national “representatives” to silence our voices on this matter.