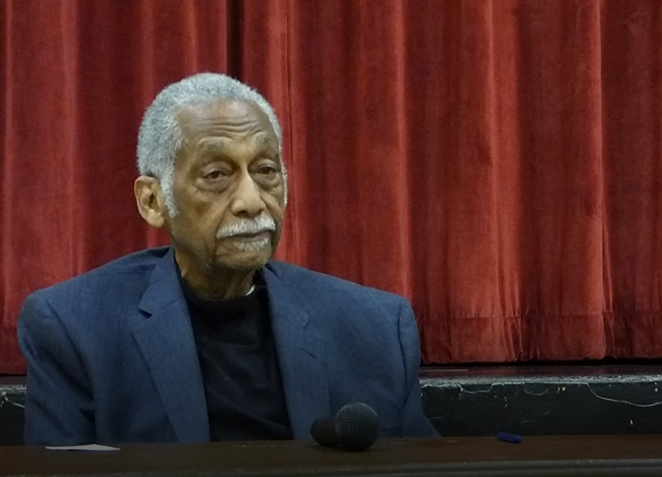 Since learning of Councilman Gerald Wingate’s passing, I’ve reviewed our reporting of his tenure on the Pensacola City Council.

His peers saw him as a “voice of diplomacy,” “fierce advocate for his district while remaining a gentleman to others on Council,” a “kind and gentle man,” “the epitome of a gentleman who cared deeply about our community,” and “a sweet man with a quiet, dry sense of humor and a playful smile.”

Councilman Wingate’s record shows that he was champion for justice and fairness.

When City Administrator Bill Reynolds proposed three ordinances to outlaw panhandling –one of which banned the use blankets in city parks–in May 2013, Wingate voted against them. A year later, the city was forced by public pressure to repeal them after the area was hit with a severe ice storm.

In December 2013, he spoke out in favor the city council establishing a domestic partner registry–a legal mechanism that provided certain rights to two unmarried cohabitating people, regardless of gender.  He said, “I always used religion as the basis, but I feel this was beautiful tonight—I’ve been convinced that it’s something that would benefit the people of the community and I’m willing to support it.”

The registry passed on its second reading, 8-1.

Wingate was a strong advocate for city employees being treated fairly. When Mayor Ashton Hayward fired Council Executive Lila Cox without cause without first discussing with the council, Wingate came to my office to express his displeasure with the decision.

He led the charge for a charter amendment that gave the council the power to hire its executive, attorney and budget analyst without interference from the mayor’s office. He even used his own money to campaign for the amendment, which passed with 52% of the votes cast.

Councilman Wingate was also upset with how the mayor handled the firing of interim Fire Chief Matt Schmitt and Deputy Fire Chief Joe Glover. He didn’t like that City Administrator Eric Olson prohibited firefighters from attending council meeting when the chiefs’ terminations were debated.

He refused to support the mayor’s recommendation to hire David Allen as fire chief.

He added, “I’m in support of a national search to get a strong fire chief here and also to build up the fire department to the level that it should be.”

Last year, the city of Pensacola paid $575,000 to settle lawsuits filed by Schmitt and Glover.