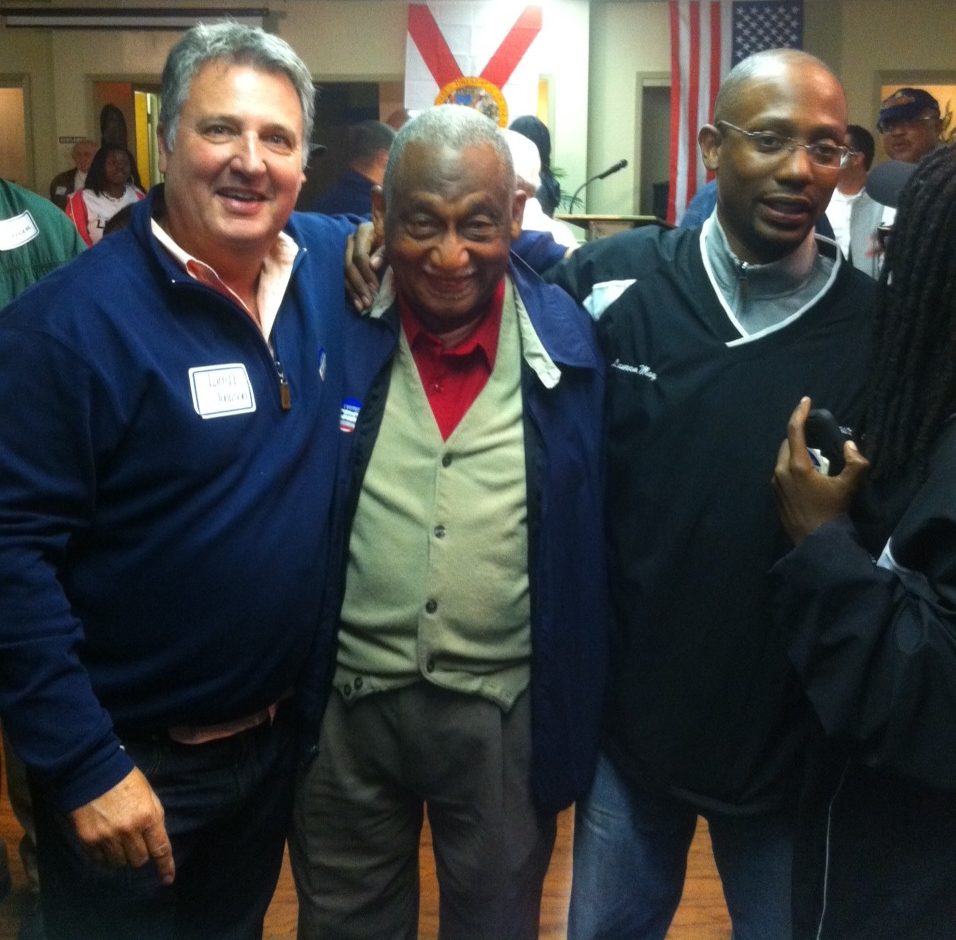 From Commissioner Lumon May:

On behalf of the Escambia County Board of Commissioners, Chairman and District 3 Commissioner Lumon May extends heartfelt condolences for the loss of dear friend and colleague, Pensacola City Councilman Gerald Wingate, who passed away Tuesday morning at age 73 after a battle with cancer. Escambia County extends its deepest sympathy and prayers to the Wingate family.

Gerald is a native of Pensacola and a graduate of Booker T. Washington High School, Pensacola Junior College and the University of West Florida. He served his country for 25 years as an Army Officer and retired from the paper industry with 40 years of management experience. He also worked as a realtor with Main Street Properties.

He is survived by his wife Betsie Wingate, their five children and many other family members and friends.

From the City of Pensacola:

Mayor Grover Robinson and the City of Pensacola offer their sincere condolences to the family during this difficult time, and City Hall has lowered the flags to half-staff in honor and memory of Councilman Wingate.

“We are deeply saddened by the loss of Councilman Wingate, who was a devoted public servant, father, husband and community leader,” Mayor Robinson said. “We know his legacy will continue to live on in the city of Pensacola and beyond. Our hearts go out to his family and loved ones during this difficult time, and we will keep them in our thoughts and prayers as they continue to grieve their loss.”

A native of Pensacola, Councilman Wingate graduated from Booker T. Washington High School, Pensacola Junior College and the University of West Florida. He served his country for 25 years as an Army Officer and retired from the paper industry with 40 years of management experience. He also worked as a realtor with Main Street Properties.

He is survived by his wife Betsie Wingate and their five children, along with numerous other family members and friends.

“I’m truly saddened to learn of Councilman Wingate’s passing. I always enjoyed working with Gerald, even when we disagreed, and always respected how well he represented his district and his community.

Pensacola should be proud of his service to our country and our city and of the fact that he left Pensacola in a better place than he found it. His family is in our thoughts and prayers right now.”

“I cannot recall Gerald ever bringing his ego with him into the Council Chambers.  I consider this to be a positive attribute for an elected representative.

While it was evident that many of his decisions to support or not support proposed legislation were finalized before public and council debate occurred, he provided his reasoning prior to a vote succinctly and quietly.

Shouting and intimidation were not trademarks of Gerald Wingate, and I always appreciated his voice of diplomacy regardless of our differences of opinion. ”

“Mr. Wingate was the very definition of a public servant  having served our Country in the military as well as a Community Leader and Councilman.  He was a fierce advocate for his district while remaining a gentleman to others on Council.  I will miss his smile.

Prayers for his family.”

“He was a great councilman and an even better man. His work on Council as well as the CRA to help increase awareness and funding for more affordable housing was second to none. I will miss him greatly.”

“I will greatly miss this kind and gentle man. He was responsible, humble, knowledgeable and fair. He took advantage of opportunities offered by the Florida League Of Cities and the National League of cities to become a more knowledgeable and affective council member. It was both an honor and a privilege for me to know and to serve with this wonderful man.”

“He was a true statesman, passionate about his district, and a role model for the City as a whole. His shoes will be tough to fill. May God Bless him and his family. “

“Mr.  Wingate was the epitome of a gentleman who cared deeply about our community.  He loved public service & will be missed.  I was honored to have served the great people of Pensacola alongside him.  We enjoyed our spirited conversations and debates publicly and privately.  Gerald respected the office of the mayor, and I’m grateful for our friendship.  Our thoughts and prayers are with his family. “

“Gerald Wingate was a sweet man with a quiet, dry sense of humor and a playful smile. His kindly manner with citizens speaking on issues before the City Council was a hallmark of his public service and much appreciated. May the regard in which he is held be a comfort to his family. “