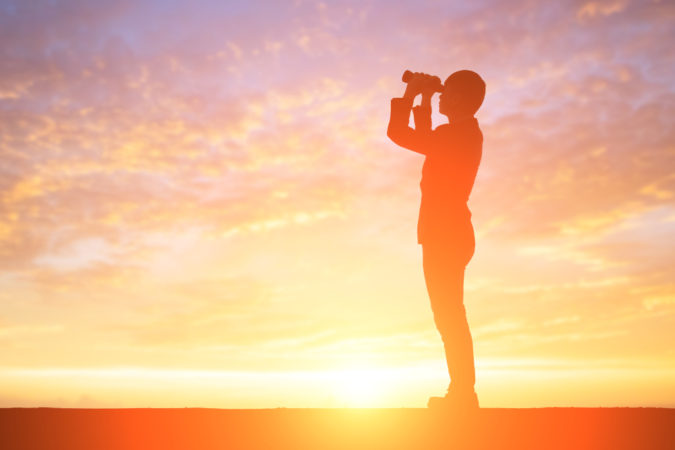 In an effort to better inform the local African-American community about issues that can impact them, a collective of groups kicked off their 2020 Vision campaign this past weekend with an all-day forum in Pensacola.

“It’s about bringing people together,” said Jerry McIntosh, president of Movement for Change.

The event, held at the Hurst Chapel A.M.E. Church Oct. 12, was the first of an ongoing series. It featured speakers and panels on issues such as education and political empowerment.

“Into infinity, I guess, because the issues are so great,” he said.

During this initial event, issues of particular focus in addition to education and political empowerment were the upcoming census and election, criminal justice reform and environmental issues. Speakers included a representative from the Atalanta Regional Census Center, Escambia County School Board District 3 Representative Dr. Laura Edler, and Dr. Gloria Horning, an environmental and social justice advocate.

“People realize that we’re in an urgent moment now in history.” –Jerry McIntosh

McIntosh said the ultimate goal of 2020 Vision is to educate and inspire. In addition to giving the community the information and tools it needs to make informed decisions about local issues, it’s hoped that the forums also inspire potential political candidates.

“The goal is to elect people on local and national levels,” McIntosh said.

Organizations participating in the 2020 Vision include Movement for Change, the local NAACP, and community organization Dream Defenders, which became particularly active following the fatal police shooting of Tymar Crawford, a black man, in July.

Locally, McIntosh said, the issue of police reform, or police-community relations, is paramount. Following the July shooting, city and police officials have committed to increasing officer training, becoming more engaged in the communities and neighborhoods and also reinstating a police liaison position, as well as a citizen advisory board; none of these commitments, as of yet, have been followed through.

“How are we going to deal with that in an intelligent way?” McIntosh said of the police relations issue.

In addition to future forums, another facet of 2020 Vision will include ongoing awareness efforts. For example, there are plans to organize an envoy or delegation to attend local meetings, such as school board meetings, and then relay any useful information gleaned.

“Everybody can’t go to school board meetings,” said NAACP Pensacola President Rodney Jones. “However, if we can create a team, people can be in those places, to let people know, ‘hey, here’s something you can do.’”

Jones chaired a panel on political empowerment during the Oct. 12 forum. He said he envisions this campaign arming the community with the information it needs to put people in office who will best represent their interest.

“It’s to educate the community,” Jones said. “Now, you can make an informed decision, instead of voting for someone because grandma or mom voted for him or ‘I like him.’”

This 2020 Vision effort began a few months ago and grew out of multiple conversations among organizers. This initial event was a launch party of sorts. Going forward, the focus will be on key issues, like the upcoming census and election, with the organizations also planning to work to invite political elements from the national stage to the local area.

Nodding towards the environment at the national level, all the way down to the local level, McIntosh said he feels that this is a particularly important time to get engaged. He framed the landscape through the direst of lenses: “We’re about to lose our democracy to a dictatorship.”

“People realize that we’re in an urgent moment now in history,” McIntosh said. “We feel that we’re the conscience of this democracy.”