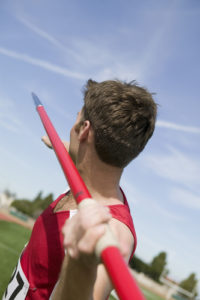 Because the list of questions were so many, the council voted to pull Councilman Charles Bare’s recommendation to terminate the listing agreement and discuss at its next meeting, which will be in May.

Councilwoman Sherri Myers made the motion to pull the Bare’s agenda item because she believed that it had already terminated in February along with the listing agreements for the airport and port.

Councilman Larry Johnson said that when he met with CBRE last week, he was told that the mayor had signed a one-year extension. City Administrator Eric Olson said, “No, the listing agreement for them have expired and have not been renewed.”

Bare pushed for the termination vote on the CMP listing because he saw it as a completely separate agreement.

“Just like I don’t know who actually approved the RFP, I don’t know if there was an extension or not,” he said. “I think there is grounds for it still to be in effect and that’s why I’m asking for a termination of it.”

Myers pointed out that even if the listing agreement is terminated or has expired, Paragraph 4 gives CBRE an additional 180 days to negotiate with any parties it has brought to the City.

Councilman Gerald Wingate asked Olson if the city was negotiating with CBRE on the proposed developer for the maritime park.

“I think if we have a clear understanding of how the City is proceeding with this that would help more than a legal opinion of what’s going on,” said Wingate. “If they are moving forward and trying to bring these developers in, it should come out in clear language that’s what they are doing.”

Olson confirmed the mayor’s office was negotiating with CBRE.

Cannada-Wynn wanted to hear from CBRE, attorneys and the City staff to get answers to questions of “how we got in these entanglements.”

In the end, the council agreed with Myers. The majority voted to pull the item and hold it over to the May meeting.

The questions regarding the listing agreement, the RFP issued last September, the fee structure for CBRE, and who in city hall was involved in those decisions will have to wait for another month. This delay is on the mayor’s office for not providing the information to the city council and public that would answer those questions.

In fact, Mayor Hayward has issued no statements on this issue, since it first popped up three weeks ago. Maybe we will receive something from him this week or in the next “Upwords.”