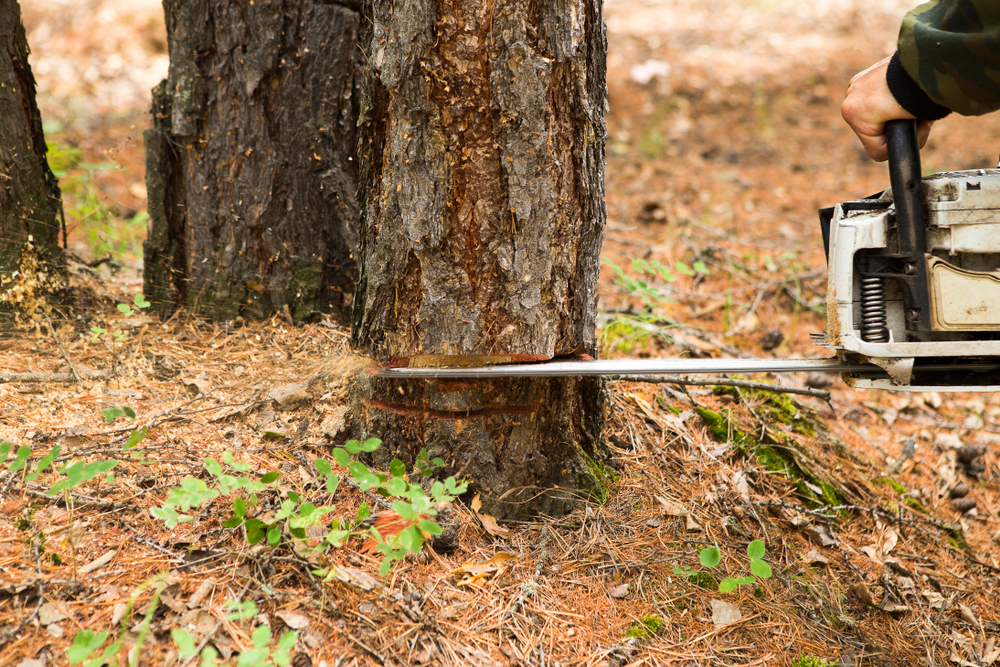 The Pensacola City Council this week is looking at potential revisions to the city’s tree ordinance. Emerald Coastkeeper Laurie Murphy — who has worked on a draft version of the revision — made a presentation to council during its Monday agenda conference, and on Thursday council members will vote on sending the draft to the city’s planning board and environmental review board for consideration and debate.

During her presentation to city council Monday, Murphy made a case for a beefier tree ordinance, with greater protections and penalties, as well as increased mitigation requirements aimed at maintaining a healthy tree canopy and limiting issues like erosion and sedimentation. The draft revision she presented included a number of changes, perhaps most notably a reduction in the diameter threshold for heritage trees, which are afforded the highest levels of protection.

“It’s all about the DBH, the diameter breast height,” Murphy told the council.

Currently, the city’s tree ordinance lists heritage trees as having a 34-inch, or greater, diameter at breast height. Murphy is suggesting taking that threshold down to 14 inches.

“It was actually 12, but I thought Mayor Robinson was going to have a stroke,” Murphy joked at one point in the meeting.

In addition to downsizing the diameter for heritage trees, the draft ordinance revision also increases fees for cutting protected trees and requires that trees planted to replace cut trees be 6-inches in diameter (compared to the current 3 inches) and of a certain species, among other changes.

“I appreciate where Laurie comes from,” Mayor Robinson said, allowing that he “may disagree slightly” with some of the ordinance revisions on the table.

The mayor said that while he didn’t foresee coming down to 14 inches on heritage trees, he did appreciate some of the other revisions. In particular, he is in favor of requiring replants to be more substantial in order to better ensure their longterm health and success.

Robinson had made a similar point during a July 1 press conference — “what we need to be thinking about is what are we replanting” — when he pointed to a tree planted in memory of his sister, saying it had experienced successful growth over the years due to its sturdy size when first planted.

“If you drive to Pensacola High School and you see the big oak tree in front of the high school, that was placed there by my family for my sister when she was killed in a car wreck,” Robinson said. “People look at it and say, ‘gah-lee, that tree must be a hundred years old.’ I say, ‘nope, it’s barely 30-years-old,’ because I remember it was planted in 1989.”

During Monday’s council session, the mayor also said he appreciated aspects of the ordinance revision which incentivized developers to practice what Murphy refers to a “mindful development,” in other words, to employ green building practices and save as many trees as possible.

“The best way you get compliance with people is to do more carrots,” Robinson noted.

The city council will decide whether or not to forward the draft version of the ordinance to the planning board and environmental review board during its Thursday meeting. The revision would then return to them for final approval after making the rounds in the lower boards.

Escambia County is also embarking on a tree ordinance revision. A public survey soliciting public input on the revision recently wrapped up, and the issue is expected to make its way in front of the county’s planning board sometime in the fall.

This issue of revising Escambia’s tree ordinance first came up last year when Margaret Hostetter, a Warrington resident, raised concerns about the ordinance. Escambia’s ordinance is considerably more lenient than the city’s; it lists the diameter threshold for heritage trees, for example, at 60 inches.

While Escambia will not get down to business on its tree ordinance until fall, Hostetter is pushing for action sooner. On Monday — as the Pensacola City Council prepared to discuss its own tree ordinance — the county activist sent a letter to county, as well as state officials, “listing many concerns and requesting investigations into Escambia County and other Agencies regarding Development Practices, inspections, remediation, etc.”

In the letter —sent to county officials, as well as the U.S. Army Corps of Engineers, the Florida Department of Environmental Protection and the Northwest Florida Water Management District — Hostetter says that it is her “intent to report additional possible violations of permits and possible improper inspections by various government agencies and Escambia County.” She allows that she is “not an engineer or other professional in the construction field,” but says her assessment is based on studying development documents and that she has “found many troubling issues.”

In her lengthy letter, Hostetter outlined her observations, though she said the letter was not meant to be “evidence,” but rather “a statement of examples of various violations and how they were/are being handled.” In short, the activist is calling for “a thorough, transparent investigation,” in which she is allowed to participate.

It is unclear what the response to Hostetter’s request will be. In the spring, the activist requested that the Escambia County Planning Board exempt her from the normal public-speaking time limitations and allow her to, essentially, “speak as an attorney, or agent does.” The board’s response to that request was somewhat passive aggressive: “We can see what we can do to accommodate, but I don’t think we need to be establishing one person as an agent of a tree or the Lorax or anything like that.”

— For more on the tree ordinance revisions being considered by Pensacola and Escambia County, check out this week’s issue of Inweekly.