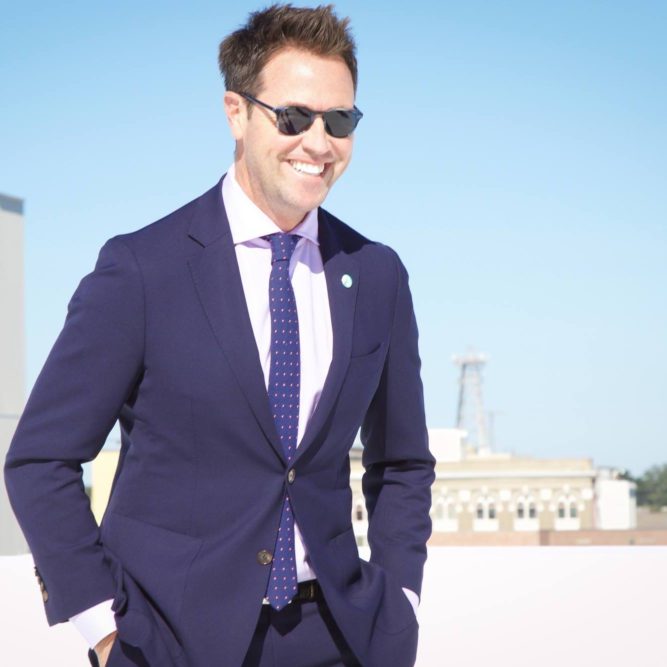 The City of Pensacola has denied the newspaper’s request to review the case files regarding the federal grand jury investigation of Mayor Ashton Hayward.

On Wednesday, Nov. 29, a routine public record request revealed a letter from attorney Nix Daniel stating the three-year investigation into Mayor Ashton Hayward had concluded and no wrongdoing was found. (BLletterHayward)

The records showed that the taxpayers had picked up the tab for Hayward’s legal counsel, nearly $44,000.

For two days, Inweekly and the News Journal tried to get a comment from the U.S. Attorney on the conclusion of the probe. The U.S. Attorney’s office refused, and Daniel told Inweekly his letter was based on a phone call conversation between an attorney with his firm and U.S. Attorney Christopher Canova.

Inweekly made a public record request to review documents to determine if the mayor’s legal fees (85188 ) met the thresholds for such reimbursement. The AG opinion the county received regarding Commissioner Underhill  clearly outlined what the thresholds are – OAG Opinion.

The newspaper wanted to see documents that would answer, at a very minimum, the following questions:

1) What were the specific allegations of misconduct against Hayward that the U.S. Attorney investigated?
2) Did the challenged acts arise out of the official’s performance or public duties and serve a public purpose?
3) Did the Pensacola City Council or City Charter authorize the challenged acts?
4) Did the mayor successfully defend against the charges and is the investigation truly concluded?

Ms. Bowling told Inweekly her opinion that the City was obligated to pay for the mayor’s legal defense was solely based on the letter from Daniel. Memo_9-17-17

Please kindly find the following in response to the public records request submitted by your client Inweekly on November 30, 2017. The request states:

“Inweekly requests to review your and the Beggs & Lane case files for the U.S. Attorney Investigation of Ashton Hayward. We want to review the actual case files, not copies, and do so at Pensacola City Hall. If some records are only available digitally, please provide a flash drive or a computer with access to the server to review them.”

The City Attorney’s office does not have a case file on the U.S. Attorney Investigation of Ashton Hayward. It is my understanding that the City Attorney at the time, Jim Messer, was not involved in the legal representation of the matter.

The City is unable to make available for review the Beggs & Lane case files for the U.S. Attorney Investigation of Ashton Hayward. As you know, Beggs & Lane represented Ashton Hayward with respect to the federal investigation. The City was not a client with respect to the federal investigation. Based on my reading of the Government-in-the-Sunshine Manual and case law, it is my interpretation that files in the possession of a law firm in furtherance of its representation of an individual client are not subject to public disclosure under Chapter 119, Florida Statutes. See Government-in-the Sunshine Manual, Vol 39. (2017 ed.) pp. 115-6). The Florida Supreme Court has noted that such files are “private records” not governmental records for purposes of the public records law. See Knight v. Dugger, 574 So.2d 1066 (Fla. 1990) (cited in the Sunshine Manual); accord Olive v. Maas 811 So.2d 644, 656 (Fla. 2002) (same).

The Supreme Court has further explained that although such files, prepared and maintained by attorneys on their clients’ cases, are commonly referenced by a particular client’s name, “[in] reality [ ] such referral simply means that the file relates to a particular client; the file and its contents are the personal property of the attorney.” Long v. Dillinger, 701 So.2d 1168, 1169 (Fla. 1997).

Finally as the Sunshine Manual explains, simply reimbursing a public official for a successful representation does not convert these private files into public records. See Sunshine Manual at p. 115, citing Times Publishing Co. v. Acton, No. 99-8304 (Fla. 13th Cir. Ct. November 5, 1999) (private attorneys retained by individual county commissioners in a criminal case were not “acting on behalf” of a public agency so as to become subject to the Public Records Act, even though the board of county commissioners subsequently voted to pay the commissioners’ legal expense in accordance with a county policy providing for reimbursement of legal expenses to individual county officers who successfully defend criminal charges filed against them arising out of the performance of their official duties).

In light of the above, it appears that the Beggs & Lane case files would not constitute “public records” under the definition of the statute. In any event, the City has never had, and does not presently have, possession of the files or access to them. You may wish to confer with Beggs & Lane in regard to this matter.

Should you need anything further from me, I am always available to assist.

3 thoughts on “City denies request for records re: federal probe into Mayor Hayward”