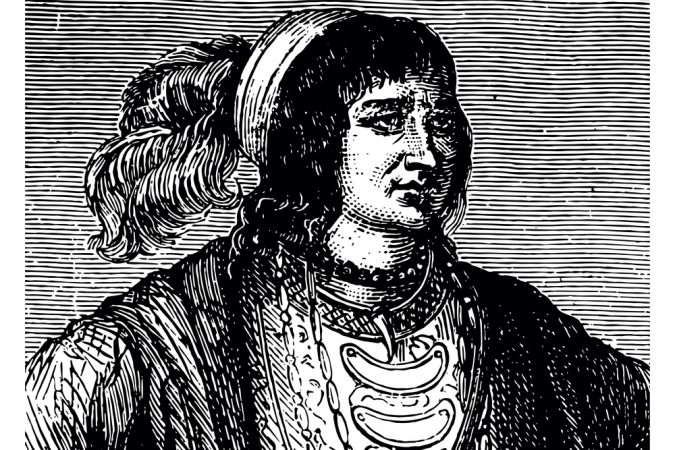 The bust of Andrew Jackson in Plaza Ferdinand may be getting some company, but it remains unclear if that addition will be a bust of Seminole leader Osceola.

On Monday, the Pensacola City Council heard a proposal from local artist Sean Linezo concerning the potential for adding a contextualizing bust that would represent a Native American perspective in contrast to that represented by Jackson, who stood in Plaza Ferdinand as Florida was made a United States territory nearly 200 years ago. Council members, as well as Mayor Grover Robinson, seem up for a discussion about the project, but did suggest that Osceola be switched out for someone who held more local significance.

“Sean, are you receptive to having a Native American figure who is historical in Escambia County and Pensacola in that position opposite of Jackson?” asked Mayor Robinson during Monday’s presentation.

“Of course. Absolutely,” Linezo replied. “I understand the history, I appreciate it. And, yes, I’m open to discussing this further.”

Linezo’s proposed project, entitled “Bring Me the Head of Osceola,” is part of a larger body of work, which includes an exhibit at the Pensacola Museum of Art exploring the death of the Seminole leader who fought against Jackson’s Indian Removal Act. The artist told city council members he was inspired by recent public discussions concerning the removal of the Confederate monument in Florida Square, and described his project as an opportunity to present a more complete historical representation, rather than seek to remove an existing monument.

“No one’s guilty of what happened hundreds of years ago, but we’re all responsible for what happens today and how our decisions and actions may shape the future,” Linezo said.

Councilman Jared Moore, who sponsored the presentation, also nodded to the city’s recent move to scrub the Confederate monument — a move preceded by much public debate and talk of, as the councilman noted, “cancel culture.” He framed Linezo’s proposal as “potentially an opportunity for a comprehensive culture.”

Councilwoman Sherri Myers — who conferred with Linezo prior to the council’s recent declaration of an Indigenous Peoples’ Day — said she thought this type of effort should be channeled through an as-yet-to-be-formed municipal Unity Project Committee. Council President Jewell Cannada-Wynn also inquired about that committee’s status and suggested Linezo’s proposal would fall under its much-wider scope of visioning an all-encompassing collective tribute.

“My view was a monument park,” Cannda-Wynn said.

Though Councilwoman Myers said the Unity Project committee has “never gotten off the ground” because the mayor “does not feel like collaborating,” both Robinson and Council Executive Don Kraher said it was currently on council’s table, with members due to submit names of potential committee members. The mayor suggested perhaps the city tap its pool of committee members currently serving on a committee focused on next year’s 200th anniversary of Florida becoming a U.S. territory; that committee boasts a historical braintrust of sorts, including archeologist and past president of the University of West Florida Judy Bense, UWF Historic Trust Executive Director Rob Overton, city historian Gregg Harding, and local historians Dr. Marion Williams and Teníadé Broughton.

“You could certainly work with some of that group, [it] would be a way to get started,” Robinson said.

Linezo acknowledged his proposal could be seen as in-line with the Unity Project — “part of that dialogue” — but that he saw his project as having a narrower focus than the larger Unity Project.

“That one’s so much bigger than me,” Linezo said, adding that he was also seeking to privately fund his proposal via crowdfunding efforts, as opposed to using tax dollars.

Cannada-Wynn said that the discussion over this public art proposal will be continued during a future council meetings. Mayor Robinson said that he’d like to get Native American groups from the local region plugged into the conversation — “at least get the Creeks involved” — to ensure that the city identified a fitting figure to represent the Indigenous perspective of the local area, as well as the era represented by Jackson; the mayor suggested Creek figures such as William Weatherford, who was involved in fighting against Jackson.

“I think they would be more accurate figures to reflect who we are and the conflict that happened here between the Creeks and General Jackson, more so than Osceola, who was in a different era and location,” Robinson said.

Linezo said he appreciated that notion — suggesting the city likewise consider Peter McQueen, another Red Stick Creek who fought against Jackson — and said he looked forward to further discussions.

3 thoughts on “Considering an Indigenous perspective for Plaza Ferdinand”