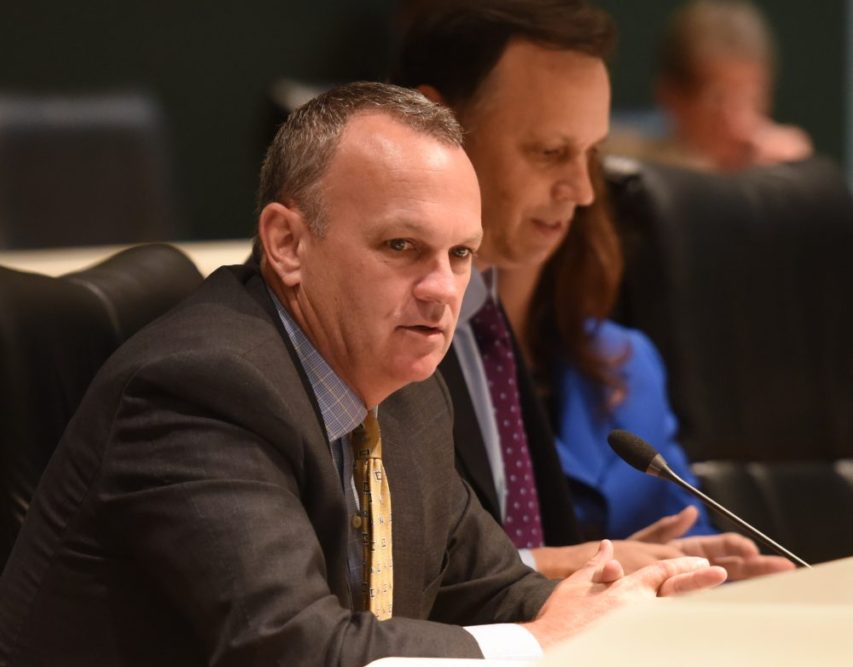 Florida House Speaker Richard Corcoran challenged the lawmakers to be a ‘House of Reformer’ in his speech to open the 2018 session.

He said, “…there are at least three things we absolutely must do.”

1. Never support raising taxes on any person or any business,
2. Will not surrender a single penny of the state’s fiscal reserves, and
3. Continue the fight to ensure that every child in this state – regardless of gender, race, religion or income – has access to a world class education.

Here is his speech:

How many legislators does it take to pass a law?

If you read our textbooks, or our constitution, or our rules, you’d think the answer is “a majority.” That’s technically true, but it doesn’t tell the whole story.

I don’t think it’s the number of legislators that matters; it’s the type.

And I think history has shown that there are generally three types of legislators.

The first are tinkerers. They are willing to work hard but want to stay inside the lines. They really, really do want to do the right thing but only to the extent it doesn’t upset the status quo.

Next are complainers. They sit on the sidelines and grumble. Publicly or quietly to others, they talk about how wrong the process is – never realizing that the real problem is that they have become critics not creators.

Finally, there are reformers. When you ask a reformer, “how many legislators does it take to pass a law?” They will tell you – one. It takes one single Member. One Member who has the courage to upset the apple cart. One Member willing to get into the fight, who will step away from the easy, well-worn path and head down the road less traveled.

That’s why Winston Churchill would say that courage is the most important trait, because without it none of the others are possible. Reformers understand this fundamental truth.

But I don’t have to tell you that. When I look around this room, I see a chamber filled with reformers. I don’t say that to flatter you. I say that because your record speaks for itself. The blood, sweat and tears you poured into last Session produced unprecedented results. This Florida House didn’t just go crashing against the status quo – instead, like Joshua at Jericho, we brought the walls crashing down.

Long before scandals, this House of Reformers raised the issue of sexual harassment and insisted that every single person in this process will be treated with dignity and respect.

We adopted the toughest ethics rules of any legislative chamber in the United States.

We passed the largest property tax cut in state history.

We passed common sense reforms to our State Retirement System and State Employee Health plan – reforms the House has been fighting to pass for years.

This House of Reformers passed the most transformational education bill in a generation; a bill that said students and parents come before unions or bureaucrats; a bill that said to all the kids in our state who are trapped year after year in failing schools: “have hope because help is on the way.”

We drew a line in the sand on the appropriations process and overcame legal threats to convince the Senate that all taxpayer dollars should be spent in the sunshine.

We partnered with the Governor to end corporate welfare and create a new economic development model for the nation.

We used our impeachment power to force the resignation of a judge accused of racist and sexist behavior.

We used our oversight power to launch more investigations and lawsuits against waste and fraud than at any single point in our state’s history.

And later this week, we will be the first House in the history of Florida to use the powers granted to us by the Florida Constitution to enforce our subpoenas.

And, that phrase “powers granted to us by the Florida Constitution” is the most important. We can never lose sight of this fact. What makes America great? What makes her exceptional? What separates her from every single other country in the history of the world? It’s our adherence to a democratic rule of law.

What does that mean for us? It means that local tourist development agencies don’t have a right to withhold public records because they might contain embarrassing information.

It means that the City of Tampa doesn’t have a right to create an illegal tax because they want to spend more money.

And it means that no government official has the right to pick and choose which laws they obey. Last Session, we passed a bill that would have ensured that Florida would never be home to a sanctuary city. But the Senate failed to act. Now there are politicians calling on Florida to disregard the rule of law and become a sanctuary state like California. That’s unacceptable. The rule of law isn’t a multiple choice test, and those who are in public service don’t have the right to mark “none of the above.”

This isn’t a political statement. This isn’t some academic exercise. When politicians abandon the rule of law and abuse their power – when they pick and choose what laws to obey – there are dire, dire, consequences.

All you have to do is look at the tragic loss of Katie Steinle to understand why the rule of law matters.

Principle should always drive policy. Whenever the rule of law is disregarded we have to take a stand. Just as we did last year, when this House, after years and years and years, finally apologized for two horrific tragedies – the inhumane violence and abuse that occurred at the Dozier School for Boys and the criminal disregard for the civil and human rights of the Groveland Four.

We can never forget – the rule of law is the shield that protects us from the demagogues; and it is the sword that we use to fight the corrupt.

When I’m watching movies or reading books, I find myself most powerfully drawn to true stories. For example, the film Schindler’s List, which told the story of Oskar Schindler, a German businessman who saved over a thousand Polish-Jewish refugees from the Holocaust. There’s the ending scene from the movie where Schindler receives the gift of a ring from one of those he saved. And it says, “Whoever saves one life, saves the world entire.” It breaks him. He breaks down and says “but I could have got more out.” He says in his life he wasted so much money. He looks at his fancy car and asks “why did I keep it. I could have sold it and saved at least 10 more.” He looks at a pin and says it “could have saved 2 more.” He’s wracked by what more could have been done.

There are a number of profound lessons to take from that moment, but this is the one I would like us to remember: We can do so much more.

But the clock is running. The only thing we can be sure of is we have the next 59 days.

And I hope we will do more in these 59 days than anyone can even imagine. But I would respectfully submit there are at least three things we absolutely must do.

First, the Florida House will never support raising taxes on any person or any business – ever.

We will not raise them directly. We will not raise them indirectly. We will not sit passively and allow the Required Local Effort to be raised. Our laws say that a local government that does not move to the rolled back rate is raising taxes, so it would be the height of hypocrisy for us to do otherwise. If this is a debate the Senate wants to have, we will welcome it. We will debate the issue around the state because any person in any community, in any city, in any county – their answer – the truth – will be the same. It’s a tax increase. When a taxpayer is forced to pay more money this year than last year – through no action of their own – it’s a tax increase. It’s a tax increase today on January 9. It will be a tax increase on March 9. It will be a tax increase on June 29. We have fought this fight. We have taken this moral high ground, and we will not give it up.

Second, the Florida House will not surrender a single penny of the state’s fiscal reserves.

Despite being among the states hardest hit by the Great Recession, the Mercatus Center ranked Florida number one in the nation for our financial health. An amazing accomplishment considering we are the only large state ranked in the top 20. Texas is 23. New York, Pennsylvania, and California in the bottom 15. In fact, the states in the top five with us are “The Clampett states” – small states that found significant oil shale deposits underneath them. Unlike those states, we got here through hard work. We got here by cutting 10 billion in taxes, cutting 5 thousand regulations, reducing our debt by over 7 billion, and by putting close to 4 billion in reserves. So not only would it be inexcusable but it would be unforgiveable, if, during a period of prosperity, this Legislature raided our reserves to pay for pork projects. We will not pass a budget that prioritizes the wants of today over the needs of tomorrow.

Finally, we will continue the fight to ensure that every child in this state – regardless of gender, race, religion or income – has access to a world class education.

We will continue to have zero tolerance for a system that determines a child’s destiny based on demographics. Take Gant Lee for example. His parents separated when Gant was in elementary school, and his mother, Allison, chose a place to live so she could send her children to an A-rated public school. Gant started the 3rd grade in this new school, and quickly became the target of a group of boys who would physically assault him – kicking, kneeing, punching, and even stabbing him with a pencil. Gant and his mother reported the abuse, but it continued. The boys then slammed Gant’s head into a locker. Gant and his mother reported the abuse and it continued. The boys punched Gant in the jaw, choked him, and threatened both him and his family. All together the abuse lasted 3 years. With help from Florida’s Tax Credit Scholarship, Gant’s mother got him out and into a new school. Gant is now 15 years old and thriving.

And he’s here with us today. Please join me in recognizing Gant Lee and his mother, Alyson, and welcome them to the Florida House.

Alyson … Gant … on behalf of my colleagues here in the Florida House, I promise you this: We will end this horror for all children. No one will ever be trapped again.

Those are things this House of Reformers must do. But we can – and we should – do more. As we did last session, we’ll hear lots of reasons why it isn’t possible. You’ll hear “we’ve done enough” or “we’ve done too much.” The status quo, business-as-usual crowd will try to drown out the drumbeat of reform. They will be, as in the story, like Fate coming upon the army and saying to them, “you can’t do this; you cannot withstand the coming storm”. When they tell you that, tell them, “you don’t understand. This is the Florida House. We are the storm.”

God Bless Florida and our Nation.