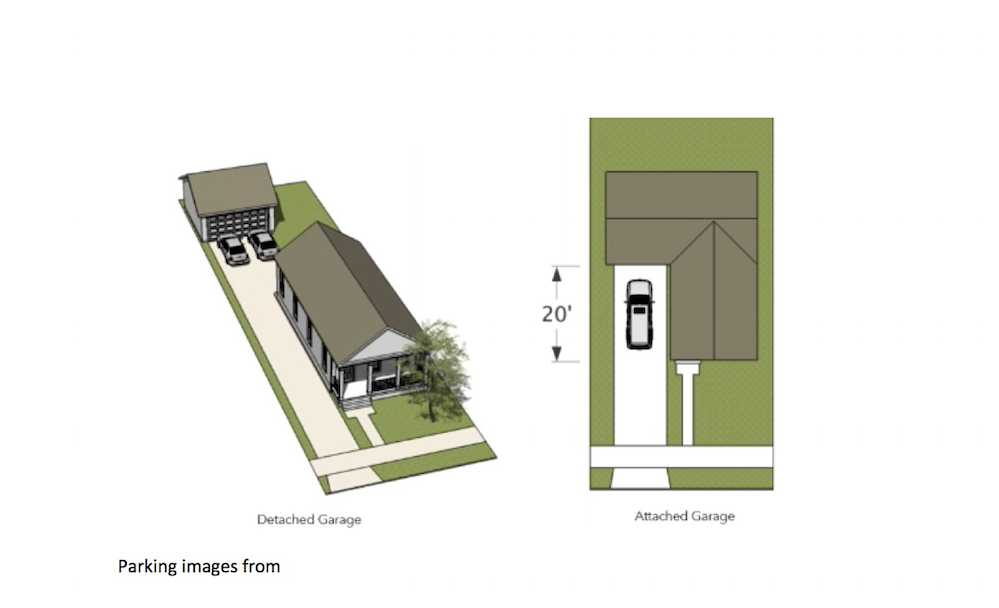 Workshops will be held by the CRA and Planning Board at 2 p.m. and City Council at 5:30 p.m. for feedback and public comment on the draft overlays. These meetings will be held at Pensacola City Hall, 222 West Main Street, Pensacola, Florida in the Hagler Mason Conference Room located on the 2nd Floor.

On March 15, DPZ CoDesign continued its public input sessions regarding the proposed CRA Urban Design Standards Overlays for all new construction, including building additions and renovations within the City of Pensacola’s three CRA areas: The Urban Core, excluding all plots within the Special Review Districts, Eastside; and Westside.

A dimensional analysis of zoning categories within about 2700 acres were conducted.

Marina Khoury, a partner with DPZ CoDesign, pointed out some of minuses of not having design standards.

“What we consider to be bad is that there is no predictable form that comes out of this,” she said at public workshop held at Pensacola City Hall. “There is no minimum standards for parking placement, little recognition of context and the iea for allowing taller building for non-residential, we don’t think that’s a good idea.”

Looking at the residential areas, R districts, DPZ CoDesign found there were no standards for the front loading of garages or driveways. Khoury said, “There is at grade entry, which does not feature the character of the neighborhood and lacks front yard standard, so some front yards are great, and some are absolutely awful.”

The three type of commercial districts are unpredictable in form. C-2 permits two times the capacity of C-1, but yields the same form. C-1 and C-2 have similar uses. Khoury said they both are too permissive at street frontages. C-3 is labeled light industrial and is confusing.

“We’re going to have to talk to the city attorney when planning starts to see how this can be done for the CRA only,” said Khoury. “This is not intended to be across all districts, but it is intended for those areas that are within the CRA.”

The suggestions released are intended to preserve and maintain the urban pattern of Pensacola’s CRA areas, while encouraging new construction compatible and reflective of its time. The proposed standards aim to provide more predictable results in terms of the form and character of buildings and will support Pensacola’s long-term future growth.

New rubrics will be created to achieve an attractive pedestrian environment. The areas will have a more robust economic base by providing a variety of residential and commercial building types. Mixed-use development within the CRA areas will be encouraged in support of viable and diverse locally oriented businesses and cultural institutions.

Each of the zoning categories by building type have new defined rules for what the setbacks should be, lot occupation, which is what percentage the building should be at that setback line to create a more continuous street wall and building heights.

“Maintaining a consistent street-wall is a fundamental component for a vibrant pedestrian life and a well-defined public realm,” Khoury said. The placement of buildings along the edge of the sidewalk should be given the attention that’s needed as that is the portion of the buildings that is the primary contributor to pedestrian activity.

Front yards have standards well. Fences and some type of porch and stoop are permitted in -R1AA and R-1A. “They are the primary interface that the building has with the public realm,” Corey said.

Neighborhood mixed-use and commercial and multifamily districts such as R-NC, R-NCB, R-2 and C-1 will have five foot of front and secondary setbacks, 80 percent of lot occupation for primary frontage and 50 percent of occupation for secondary. Fences and porches are not permitted.

C-2 and C-3 are core commercial and multi-family. They have the same standards as the R districts except for 10 percent more occupational percentage in secondary frontage.

Building should be measured in stories rather than height, except for single-family homes and duplexes. Khoury said there is benefits of measuring height in stories than in feet. It provides greater creativity for a natural variety of roof forms, encourages more gracious floor-to-ceiling heights for the environmental and it protects the historical proportions of Pensacola’s CRA areas.

In the time the firm spent here, one thing they found was that these areas have ample street parking. Therefore, one of the biggest changes is parking. “For new buildings if you’re going to do parking it should be set back 20 feet and any garage should be at least 20 feet behind the house so that it doesn’t overwhelm the front yard.”

Commercial ground-floor spaces under 1500 square feet shouldn’t be required to provide parking and for multi-family residential and commercial buildings that are up front, parking can be on the rear or on the side.

Buildings should be designed in proportions to reflect pedestrian movement and to encourage interest at the street level. Principle frontage should be nearly parallel to the street and forecourts; courtyards and other defined open spaces will also count toward minimum frontage requirements.

Front yard standards will be set so that new buildings proposed for existing neighborhoods with a well-established character should be compatible with or compliment the architectural pattern of neighboring buildings.

The standard single-family home’s yard new standards are that 50 percent minimum should be pervious material with a minimum of one tree, one walkway to entry per yard and fencing is along frontage lines in permitted zones.

In the commercial buildings, they should have 80 percent paving at sidewalk grade, courtyards or forecourts should be a minimum of 20 feet wide and a maximum of 50 feet deep.

“If you’re going to have a porch, stoop, gallery or an arcade there are standards attached to that. So, a porch for example should be a minimum of 18 inches above grade, the porch openings should be vertical and proportioned and they should be a maximum of 10 feet in height and 6 feet in depth,” she said.