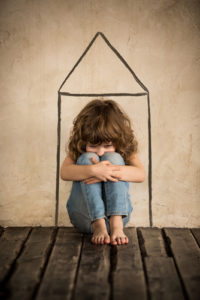 The chief of the Florida Department of Children and Families told lawmakers Thursday his agency is making progress at carrying out reforms but still has a long way to go.

A total of 369 child deaths have been called in to the state abuse hotline so far in 2015, Department of Children and Families Secretary Mike Carroll told the Senate Children, Families and Elder Affairs Committee.

That means Florida is on track to have roughly as many child deaths this year as it did before passing a sweeping child-welfare reform law in 2014.

Eighteen of this year’s deaths were due to maltreatment, while most were due to drowning and what is called “co-sleeping” — in which a child, usually an infant, is suffocated while sleeping with an adult.

In 25 percent of the deaths, Carroll said, the Department of Children and Families had prior contact with the families.

The news was disappointing to the panel, which played a key role in developing the 2014 law.

“We know what the problem is,” said Chairwoman Eleanor Sobel, D-Hollywood. “What is the solution?”

In the past, the Department of Children and Families has conducted public-awareness campaigns about the dangers to children of co-sleeping and drowning. Now, Carroll said, he’s working with the Department of Health and the Healthy Families program, which helps at-risk families, to educate parents more directly.

“It really is a public health issue,” he said. “If we can get somebody in a home-visiting role, particularly with parents who have marginal parenting skills, we think it keeps kids alive — particularly for the unsafe sleep (cases).”

As to child deaths from inflicted trauma, Carroll said the department was more likely to have had prior contact with the families in those cases.

The secretary talked to lawmakers this week about the upcoming legislative session, explaining what his agency has done to implement the 2014 law and describing gaps that remain.

On Jan. 1, for instance, as part of the law, DCF began sending teams of experts to immediately investigate child deaths in which the families had prior histories with the department. The teams are known as “CIRRT” teams, for Critical Incident Rapid Response Teams.

Of the 30 CIRRT reports gathered so far, Carroll said, half involve a parent with a significant substance-abuse problem, while one-third involve domestic violence.

“We don’t track mental health as a maltreatment,” he added. “But I can tell you, in almost every high-profile death case we’ve had this year, mental health was a significant, driving factor in that case.”

Carroll’s agenda for the 2016 legislative session includes making more services — such as substance-abuse and mental-health treatment — available to high-risk families. To develop adequate service networks, he said, he also wants to change the way the Department of Children and Families monitors service providers.

Carroll praised Florida’s privatized community-based care system, which provides case-management, adoption and foster-care services with considerable autonomy. However, he said, the state should make sure that a minimum menu of services is available in each region of Florida.

Additionally, Carroll wants to push the CIRRT process further, by requiring public and private agencies to make better use of recommendations in those reports.