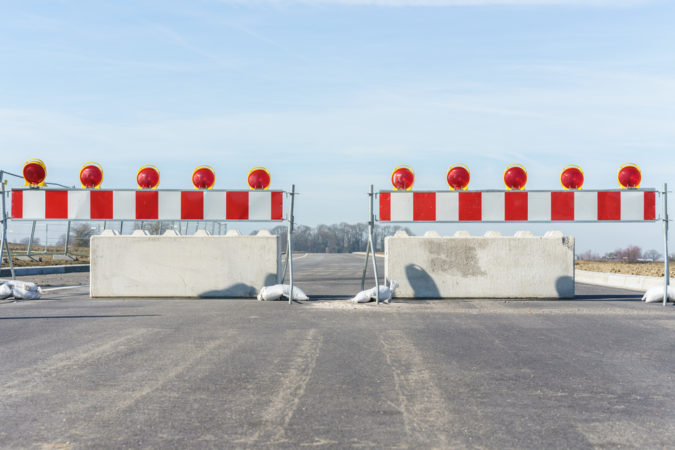 Inweekly is working to find out more about Gov. Ron DeSantis plan to implement a road block on
I-10 to stop travelers from Louisiana from entering Florida.

Sheriff David Morgan told Inweekly that he was shown a copy of the letter when he met with Gilley about developing day-care for first responders, but he wasn’t given a copy. When Gov. DeSantis called him late yesterday afternoon about the blockade, the sheriff said he didn’t have the manpower to do it and was stunned such a plan was being considering without more input from his agency.

At a press conference on Friday morning, Mayor Robinson mentioned his letter to the governor but it was in context of the governor’s earlier order for air travelers from New York, New Jersey and Connecticut to self-quarantine for 14 days after coming to Florida.

Here is what was said at the presser:

Mayor Robinson: “The city of Pensacola does not have had the authorization, nor the training, nor the capacity to do some of the things related to quarantine. We really depend on, as it’s within the emergency operation plan, for the Florida Department of Health to step in, and do those things. We understand that there is a quarantine related to those visitors who come in directly from New York.

“We have asked the governor to look at a measure related to those from Louisiana only in so much the effective of we’ve made this sacrifice, we don’t want to see our relapse come from those individuals from in Louisiana. We know a lot of people come here, they have property here. If they come here, they’re certainly welcome to come here, but they need to quarantine, and isolate for the time period of 14 days, so that we don’t see an increase in what is happening here in Pensacola, in this area. ”

DESANTIS PUTS UP STOP SIGN FOR LOUISIANA TRAVELERS
By Christine Sexton, The News Service of Florida

TALLAHASSEE — Gov. Ron DeSantis said Friday he is adding New Orleans and other areas of Louisiana to a list of COVID-19 hotspots, requiring travelers from the state to self-isolate if they come to Florida.

Also, as he continues trying to find ways to combat the spread of the highly contagious and deadly disease, DeSantis said he is suspending vacation rentals in Florida for two weeks.

With New Orleans seeing large numbers of COVID-19 cases, travelers from Louisiana will be treated like people coming to Florida from New York, New Jersey and Connecticut, DeSantis said.

To enforce the Louisiana restrictions, DeSantis said he would authorize the Florida Highway Patrol and local enforcement agencies to establish checkpoints at Florida entry areas along roads such as Interstate 10. DeSantis said the restrictions would not affect commercial drivers.

“There is a fear that as New Orleans becomes more of a hotspot, you could have an influx of people into the Florida Panhandle from Louisiana,” DeSantis said.

“I am encouraging people from Louisiana to stay home,” Edwards told reporters during a news conference. “So I think that it should be a small number of people who are on the road going into Texas or going into Florida. I got my hands full here with responding to this crisis, and I’m not going to second guess or criticize what other governors are doing or not doing.”

DeSantis on Monday issued an executive order requiring all travelers from New York, New Jersey and Connecticut to self-isolate for 14 days when they get to Florida. DeSantis issued the order after President Donald Trump refused to limit domestic air travel.

On Friday, DeSantis said his executive order had the intended result of reducing travel between the greater New York City area and Florida, particularly Southeast Florida.

Still, people continue to visit the state after the order, and DeSantis said Friday that officials, working with the Florida National Guard, had screened more than 3,400 travelers from those areas, telling them they have to self-isolate.

“All we are trying to do is keep our residents here safe,” the governor told reporters. “If you’re coming from one of the epicenters, we probably think you should follow the directions of your state and local officials, and if they are telling you to shelter in place, then do that. But don’t come here, because we are trying to protect our folks.”

To further discourage visitors who might carry the virus, DeSantis said he will suspend rental of vacation homes in Florida over the next two weeks. The governor didn’t elaborate on whether that would be in a new executive order or an extension of the Monday order.

“The concern is people in some of these hotspots wanting to then come here. Now is not really the time to do that. So the vacation rentals will be suspended for two weeks. If you’re in one now, then finish and go home,” DeSantis said. “But for any new rentals, there’s going to be a suspension on that. And we appreciate the assistance of people.”

“Many people continue to violate social distancing requirements. You know you need to be in groups of 10 or less. What they are doing is they’re tying all these boats together and then having large group parties,” DeSantis said.”