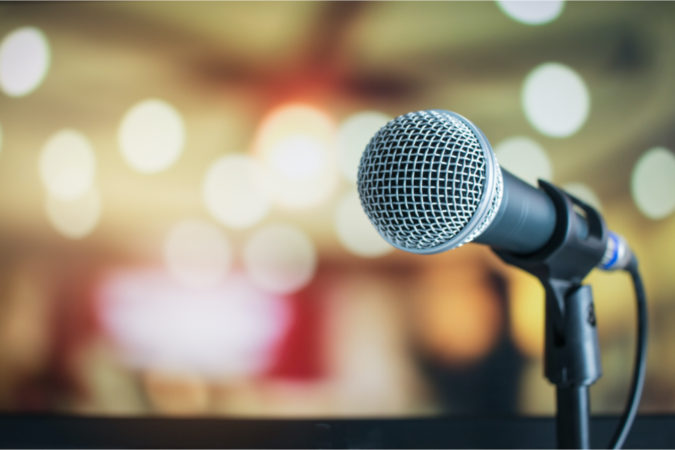 How will public input be incorporated in the final plan?

“The public input should be the driving force of the overall plan,” said Commissioner Underhill. “The idea though, that the citizen of District 2 deserves maximizing revenue off of this is simply not how the citizens of District 2 think… I don’t ever have anybody talking in terms of wanting to make a bunch of bank off of Beulah. Citizens in my district are very focused on just wanting to have a government that really represents them.”

He added, “We should stay very, very focused on what the will of the people who are going to be most affected by it are. So I would expect to see and hope to see continued expansion of the public input aspect of this process.”

“Because since the charrette was conducted in October, and yes, the public voted on plans and they came and spoke to you guys about it,” she told the board. “We have now evolved those plans, and this is the first time they see them. So you just need to guide us in terms of how you want us to incorporate public input moving forward.”

Underhill said he believed citizens would be displeased that Village Plan was off the table. The Village Plan devoted 286 acres for open space or farms, 170 acres for multi-family and low-density residential, 72 acres for commerce park and nine acres for retail and other commercial uses.

He said, “I would hope that we would go back, and if we’re going to continue to refine, and we should, that we should continue to engage the citizens in that refining process through charrettes.”

Commissioner Bergosh asked Travis Peterson, who handled stakeholder engagement for DPZ, about the participation in charrettes. He asked, “Keep in mind there’s 60,000 people in my district, 315K or so in the county. So how many people voted?”

Peterson said about 436 tickets were bought over the course of the 10-day charrette, and that 240-250 were unique. At least 25% were from outside the Beulah area – “which was our directive to get a county-wide because this is a county-wide project.”

“We actually asked every one of the commissioners for their particular stakeholders,” said Peterson. “And so we did our best. There were some stakeholder groups who simply refused to participate.”

“Just as a frame of reference since we do these kinds of charrettes everywhere. 25% participation from outside the district is actually quite high and much higher than when we had done them in person,” said Khoury. “So we took that as a positive, as a more positive feedback, because in other places it’s been much lower. It’s usually the people of that immediate surrounding area that are overwhelmingly involved with the plans.”

Peterson added, “From the platform that we used, with the over 650 unique stakeholders who participated, dropped a pin in a map, filled out a survey, signed up for an email address, those are people who, if we were doing this in a public forum, non-COVID time, imagine that’s 650 people in a room. That’s, we felt, was a pretty significant participation rate.”

Note: However, only 271 voted on the four plans, and DPZ didn’t track where they live.

Commissioner Bergosh asked about emails in the batch obtained by Inweekly that put the board in an unflattering light, citing on from Navy Federal’s public affairs manager, Bill Pearson, who also served as a chief organizer of the Beulah Coalition.

“We had tried to clarify for the constituents, as we have in conversations with some of you, that this is not going to be a no commerce park or all residential,” said Peterson.

“Now, if citizens want to come and address you, I, for one, believe that citizens should do that,” he said. “I understand that that complimentary email was not well received. I had tried to share some complimentary comments with all of you as well, when you’ve made statements that I felt or that our team felt were helpful in moving the project forward.”

Bergosh cited the Florida DOT model were staff and consultants answer questions at public meetings and “really try and turn the temperature down and they try to answer questions.” He said, “It feels like you and folks from Navy Federal put your thumb on the scale against commerce (park), when I’ve been trying to compromise for two years.”

The discussion devolved into a sidebar regarding why the county’s project manager wasn’t invited to some of the stakeholder meetings. The PNJ covered this – here.

“I’m going to have our Office of Ethics and Compliance go through those emails,” said Bergosh. “I think there’s a big problem here. I think the process was compromised, and I want to know who was pulling the strings.”

Bergosh wanted to know why DPZ waited to release its emails.

“Number one, we were always aware that there’s a public record, and we’ve all kept good track of our records,” said Khoury. “And so if I had known this request had come from you, we would have prioritized it. Rick is someone I don’t know. I didn’t know who he was.”

Note: Public record requests are not dependent on who makes a requests, according to Florida law. We have emails that show Khoury and her time had discussed privately the newspaper and my blog on several occasions. My email identified me as the publisher and owner of Inweekly.

Khoury said, “We were never not willing to hand over stuff. It just was not the top priority for us, and it took time to gather all these emails from the five different firms that he wanted involved, or the four different firms. And we provided them as fast as we could.”

Bender brought the board back to the question.

“I think we should always have public engagement,” said Commissioner May. “I mean, there’s never too little. I think that the public engagement, Mr. Chairman, is not only those who stand to benefit economically, not only their input, but all citizens to make it available. And so as we move forward, continue to engage in participation.”

Commissioner Barry endorsed genuine public input, but he was concerned about the DPZ emails.

“A number of us do work for clients professionally, and if these were emails that were given to my client and they contained the same content, I would be embarrassed about the content of them,” he said. “I realize that our consultants aren’t, and that’s fine.”

“(Luth) is the only person in the emails that represents any dissenting opinion to them,” Barry said. “So to say that they welcomed the dissenting citizens, those citizens may dissent with what they view the board thinks, but they’re citizens that are certainly on the same page as our consultants. So what you see is, you see an engagement with like-minded people, not with contrary-minded, in my opinion.”

Khoury responded, “Because they were asked for emails from Navy Federal, it was predominantly with those who want to limit the amount of commerce park. Had we been asked for emails from everyone we’ve communicated with, in terms of community engagement, you would have seen a much broader range of opinions expressed.”

Commissioner Bergosh immediately made public record request for all DPZ’s emails – which were delivered late Feb. 8.

“Well, at the time, we thought it was going to help clarify,” said Khoury. “We did not realize it would be incendiary. Contrary to what you may believe, we are in full support of a commerce park. Our aim has always been to have you be as judicious as you can in the allocation of land for it. That is all. We’re not against commerce parks. And I think that comes across very clearly in this myths versus facts. It was our own initiative, and so yes, we took it on.”