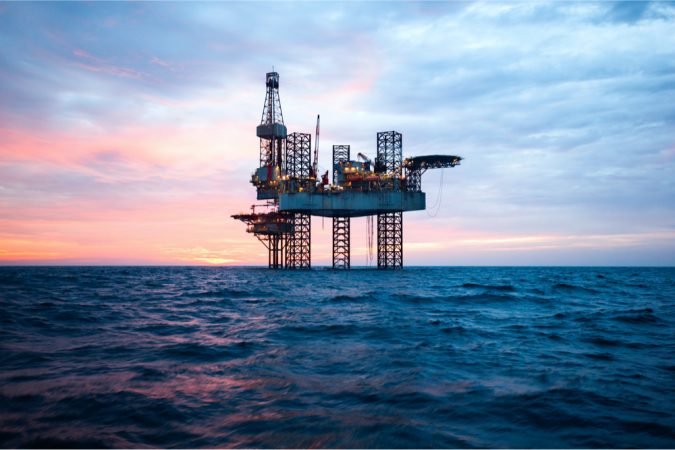 There’s a potential monster looming out in the Gulf. Rep. Kathy Castor (D-FL) has been trying to keep it at bay for years.

“One of the reasons I ran for Congress was to keep the oil rigs off our beaches and to fight for clean water. So, just about every year in Congress, I’ve introduced a bill to prohibit drilling off the coast of Florida,” Rep. Castor told a gathering of environmentalists Tuesday in Pensacola.

The Florida lawmaker appeared virtually, addressing a group assembled at the Studer Community Institute for a presentation hosted by 350 Pensacola and Healthy Gulf to sound the alarm about the potential for oil drilling in the currently protected Eastern Gulf of Mexico.

“A lot of people probably don’t know or haven’t been paying attention to the fact that moratorium, which has been in place since 2006, is about to end,” said Christian Wagley of Healthy Gulf. “It ends in June of 2022, so only eight months from now, we lose the protections we’ve had for many, many years. Right now, the public is not engaged on this; they don’t know a lot about it.”

While oil drilling in the Gulf of Mexico is common to the west of Florida, a federal moratorium on drilling in the eastern Gulf of Mexico has long protected the waters off of Florida. Former President Donald Trump extended it another 10 years last year, but because it was done via executive order, the House and Senate need to codify the extension to keep a future president from reversing it.

Rep. Castor — a former environmental lawyer for the state of Florida— has introduced bipartisan legislation along with 19 other of the state’s representatives, which would move beyond the moratorium and permanently ban drilling in the eastern Gulf.

“I love the Gulf of Mexico and the beaches; it defines who we are,” Castor said. “It helps our economy go. Our economy is based on clean water and clean air, and we really have to fight to keep it special. I know the BP Deepwater Horizon blowout was completely devastating. We want to prevent that from ever happening again.”

“Unfortunately, it was one of those bills that got stuck on Mitch McConnell’s desk. Sometimes bills go up there to die,” she said. “But we have a much better opportunity this year.”

This better opportunity, she told those at the SCI building, is embedded within the infrastructure legislation currently being hashed out in Washington D.C.

“In the Build Back Better package, we have a permanent ban on offshore oil drilling off the coast of Florida, in the eastern Gulf of Mexico, that is still alive and kicking. I think it’s on page 852 of the bill that was posted last week in the rules committee, and we’re going to fight to keep it in there,” Castor said, explaining that the measure would accomplish the same permanent ban as her congressional bill.

Also speaking during the Nov. 2 presentation, Ted Ent, president and CEO of Innisfree Hotels, which operates a collection of properties along the Gulf Coast. He described his youth in Texas, where his family worked in the “oil patch,” and tarballs dotted the beaches. He said that Florida’s hospitality and tourism industry needs to be more engaged in the discussion about offshore drilling and making the moratorium permanent.

“People in our industry aren’t thinking about it,” Ent said. “I know every Gulf and Atlantic front hotel owner in the state of Florida, and nobody is talking about this issue. Nobody is talking about this issue. And this is a threat to all of us. I like to equate our beautiful white beaches, too — they would look like chocolate chip cookies if we had offshore drilling here because the tar comes. You don’t need a spill to pollute your beaches with offshore drilling; it’s going to happen naturally.”

Ent described flying over the Deepwater Horizon site off of Louisiana’s coast with Innisfree founder Julian MacQueen, reaching the site from Pensacola in about half an hour. He said the oil industry, with infrastructure already lacing the waters off of neighboring states, is close enough to make the eastern Gulf “an easy shot.”

“They have pushed the boundary all the way up to our waters, and we’re an easy target,” Ent said. “They’ve already got their pipelines in place to tap in. We have to get people excited about this.”