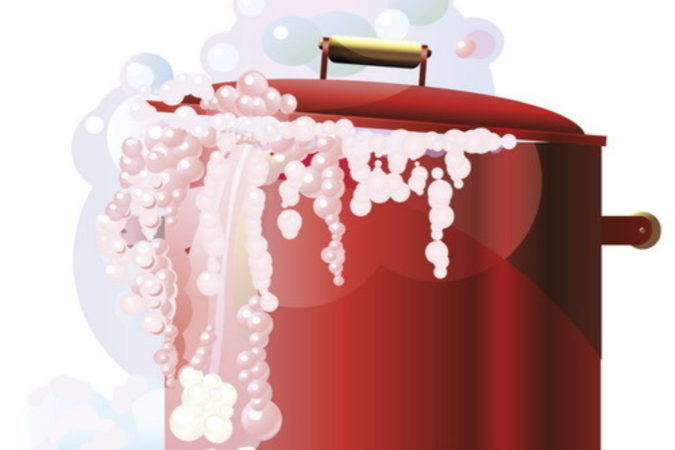 “As of today, 132 inmates have been tested at the Escambia County jail for COVID-19. Currently, there are 71 positive cases, 12 negative cases and 49 pending results.”

At 6:49 p.m. Thursday night, the media received a press release from the county about the suspension of its prisoner road crews after Escambia County Corrections received its first positive test result at the  work annex.

The release  included a quote from Chief Rich Powell  and nice words about all the COVID safety precautions implemented under his leadership.

Buried in the release, at the very bottom: “As of today, 132 inmates have been tested at the Escambia County jail for COVID-19. Currently, there are 71 positive cases, 12 negative cases and 49 pending results.”

In other words, of the 83 test results returned, 85.5% have been positive.

Remember it was only last week ago the county bragged that it only had three positives in the jail.

“Our priority remains the safety and health of our inmates and employees,” Chief  Powell said in the release. “We have procedures in place for infectious disease whereby we have been separating the population who may have had contact with these inmates to prevent further spread of COVID-19 in the jail.”

When he appeared before the Escambia County Commission on July 2, Powell downplayed the trio of infections: “We knew this was eventually probably going to happen based on pure numbers that we’ve seen nationally, globally. We’ve been very, very fortunate at this point.”

He explained, “The previous 30 plus that we had speculation on had all tested negative. There was a group of seven that we are in the testing phase right now that three of the seven tested positive overnight, and the other four came back negative yesterday.”

Commissioner chair Steven Barry and his fellow commissioners insisted that County Administrator Janice Gilley test all the inmates and corrections personnel. He wanted to expand the testing to all county employees.

Gilley pushed back, said she wanted to get a legal opinion whether county could mandate staff be tested for COVID.

“If you don’t want to, just make it available,” said Commissioner Lumon May. “They don’t have to do it if they don’t want to do it.”

He continued, “(Testing employees) makes a lot of sense what Steven (Barry) is saying  because you know that people have to leave work for four hours. They can get (COVID tests) done right there at work. I mean, it’s up to them and it’s a convenience and it shows our employees that we care for them. We make it available–I mean, it’s up to you to make that decision, but we provided it.”

By Sunday, Powell’s “group of seven” had increased: Out of the 44 inmates tested, 38 have tested positive, four have tested negative and two are awaiting results – 90% positivity rate.

Powell also told the commissioners that the jail had about 1,255 inmates – so only 132 have been tested – a little more than 10%.

The Walton County Jail has about 70 Escambia prisoners, according to the corrections chief. Yesterday, we learned 18 have tested positive – 25.6%. The county didn’t reveal whether all 70 have been tested.

The County yesterday also reported Corrections has 24 employees currently that have tested positive and another 44 are awaiting test results.