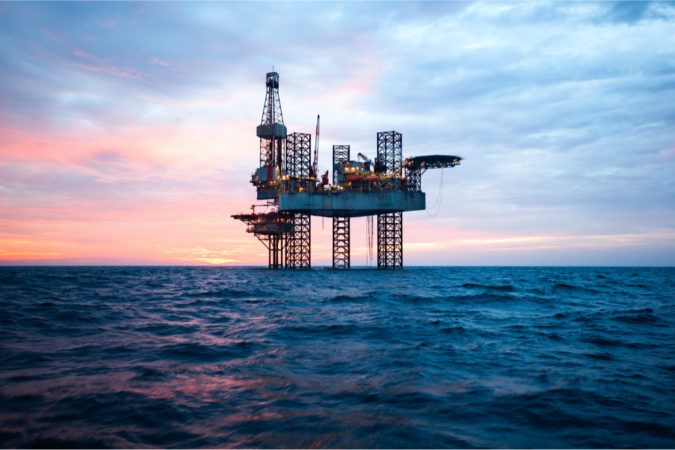 Florida recently got a couple of steps closer to protecting its shores from the potential environmental and economic risks of offshore oil drilling in the Gulf of Mexico.

On July 24, the U.S. Senate approved the 2021 National Defense Authorization Act. Included in the Act — setting a $740 billion budget on military spending and certain energy infrastructure initiatives — is a provision from Florida Sen. Rick Scott to require the Department of Defense to report on the importance of the Gulf Test and Training Range, a 120,000-square-mile area of the eastern Gulf of Mexico used for testing purposes by the military. Since 2006, that area has been off limits to oil and gas exploration — with the federal government enacting a moratorium that’s set to expire in 2022 — due to that military testing area.

“The gulf test range is a massive, one of a kind, military national security asset that’s utilized by every branch of the military,” said Hunter Miller, a campaign organizer in Florida with environmental organization Oceana. “And those groups are really concerned about this as well because any type of changes, any small changes in the test range could have huge impacts to our national security, military preparedness, weapons testing.”

Also on July 24, the U.S. House of Representatives passed legislation that, if enacted, will block offshore energy exploration off the coasts of the Atlantic, Pacific and Gulf of Mexico for the fiscal year of 2021. The Interior, Environment and Related Agencies funding bill would also block funding used by the Bureau of Ocean Energy Management to conduct or authorize offshore exploration activities.

Such developments are good news for environmentalists, who have long stressed the downside of offshore drilling.

The Deepwater Horizon oil spill in 2010 — when an oil rig blowout off the coast of Louisiana resulted in the largest oil spill in U.S. history — provided the Gulf Coast a front row seat to an epic environmental disaster. It also served to solidify opposition to offshore drilling in Florida.

“This year marks ten years since the BP Deepwater Horizon disaster and people have not forgotten about that,” said Miller. “We’re still feeling the negative impacts from that spill.”

These recent developments in both houses of congress are in sharp contrast to President Donald Trump’s push for expansions in offshore drilling, outlined in a current draft proposal from BOEM laying out plans for future operations in Gulf, as well as off both the Atlantic and Pacific coasts.

In May, the president issued a proclamation for National Oceans Month calling for increased offshore explorations, describing it as an “enormous opportunity” for “this critical and profitable industry.”

“President Trump had proposed the most offshore drilling ever proposed by any president,” Hoskins said. “In reaction to that there has just been an overwhelming amount of opposition and really united Republican and Democrats all along the coast.”

That’s especially true in Florida, where voters overwhelmingly passed a constitutional amendment in 2018 banning offshore drilling in the state.

“Florida should be patting itself on the back for really stepping up and standing for people, for the coastal businesses, for the recreational fishermen who rely on a healthy ocean, a healthy gulf for their livelihoods,” Hoskins said.

But Florida’s constitutional amendment only applies to state waters, which extend three miles off the coast on the Atlantic side and nine miles out into the Gulf. And there are concerns that if Trump wins a second term, he’ll open up areas beyond those limits despite in-state bipartisan opposition.

“We are concerned that the president is not going to listen and we have good reason to believe that,” Hoskins said.

“This fight isn’t over and I will keep working to protect Florida’s natural resources for generations to come,” Scott said in a statement this month.

Noting the president’s stated mission of opening up waters off of Florida to offshore operations and the oil industry’s appetite for the area, Miller said that he expects the state to continue to present a unified front against drilling in the eastern Gulf of Mexico.

“The bipartisan nature of where folks stand on this is not going anywhere,” he said. “I’ve worked on a lot of environmental campaigns and issues, none have been more holistic in their opposition, more uniting than the issue for Floridians to protect our coast from expanded offshore drilling.”