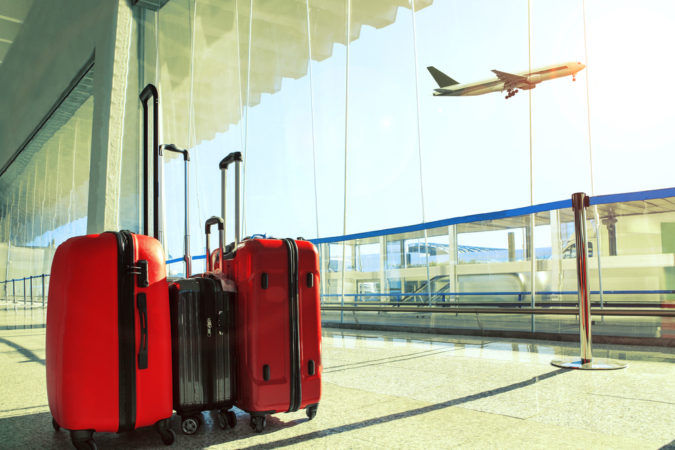 New York, New Jersey and Connecticut issued a travel advisory that requires people arriving from states with high coronavirus rates, such as Florida, to quarantine for 14 days.

In New York, those violating the quarantine could be subject to a judicial order and mandatory quarantine, and fines are $2,000 for the first violation, $5,000 for the second violation, and $10,000 if you cause harm.

It wasn’t that long ago when Florida Gov. Ron DeSantis was mocking New York. On March 24, he ordered the self-quarantine in Executive Order 20-82 for travelers from New York, New Jersey, and Connecticut. He extended the order through June 30, with exceptions for students and business travelers.

By Dara Kam The News Service of Florida

TALLAHASSEE — For months, Gov. Ron DeSantis has disparaged the state of New York as a paragon of how not to manage the coronavirus pandemic.

But as the number of new COVID-19 cases in Florida hit a daily peak on Wednesday, New York Gov. Andrew Cuomo and the governors of New Jersey and Connecticut slapped a danger-zone label on the Sunshine State.

The governors from the tri-state area issued a joint travel advisory that requires travelers from states “with significant community spread of COVID-19” — including Florida — to quarantine for 14 days, or, at least in New York, risk facing tough penalties.

Wednesday’s announcement came almost exactly three months after DeSantis issued an executive order requiring visitors to Florida from the tri-state area to self-quarantine for two weeks to prevent the spread of the novel coronavirus, which causes the respiratory disease known as COVID-19. The Republican governor later added Louisiana to the list.

“It’s only for the simple reason that we worked very hard to get the viral transmission rate down. We don’t want to see it go up because a lot of people come into this region, and they could literally bring the infection with them. It wouldn’t be malicious or malevolent, but it would still be real,” the New York governor said.

DeSantis in March began screenings at certain Florida airports and set up a highway checkpoint on the state’s northern border aimed at travelers from the New York City area. As of Tuesday, state officials have collected more than 40,200 traveler forms at the I-95 checkpoint on the Florida-Georgia border.

As COVID-19 began to spread throughout the country this year, the virus rapidly overwhelmed New York City and neighboring communities. After imposing strict social-distancing measures, such as requiring masks, and other precautions aimed at containing the spread of the virus, New York’s infection rate has plummeted to among the lowest three states in the nation.

In contrast, the number of positive COVID-19 cases in Florida has skyrocketed in the weeks since DeSantis, in an effort to jumpstart the state’s economy, began easing restrictions that had been aimed at curbing the contagion.

As of Wednesday, the quarantine applies to Florida — which had a seven-day positivity rate of 14.1 percent, according to data compiled by the John Hopkins Coronavirus Resource Center — Alabama, Arkansas, Arizona, North Carolina, South Carolina, Washington, Utah and Texas, Cuomo said.

“The states themselves can change as the infection rate changes. And we will update daily what states are above that infection rate,” Cuomo said. “And again, it’s just common sense. It’s the spirit of community.”

The Florida Department of Health on Wednesday reported 5,508 new COVID-19 cases. Nearly 16 percent of all tests were positive, a jump from Tuesday’s rate of less than 11 percent.

DeSantis has accounted for the state’s surge in COVID-19 cases by pointing to a surge in testing, along with clusters of cases among migrant farmworkers and day laborers. He’s also stressed that the jump in cases is due to a spread of the virus among younger Floridians, who often are asymptomatic and have a much lower morbidity rate than older adults.

DeSantis, a close ally of President Donald Trump, has castigated Cuomo’s response to the coronavirus, repeatedly mocking the Democrat for a policy of requiring nursing homes to accept hospital patients who have been diagnosed with the highly contagious virus and for the number of deaths in New York’s long-term care facilities.

When asked about a potential tri-state quarantine on Saturday, DeSantis told reporters that governors have “prerogative to do what they need to do,” before taking a jab at Cuomo.

“I would just ask if that’s done, just please do not quarantine any Floridians in the nursing homes in New York,” he said.

But on Wednesday, Cuomo accused the states where COVID-19 cases were increasing of “offering excuses” to explain the data.

“The numbers aren’t going up because you’re doing more testing. The numbers are going up because more people are getting sick,” he said. “You look at Arizona, you look at Texas, you look at all these states, you know what you see? You see an arrow going up, because it was misguided to say we’re going to reopen the economy. What you’re doing is you’re putting people’s lives in jeopardy, and you’re hurting the economy.”

Cuomo noted that there was a “great debate” throughout the country about reopening. Some states reopened quickly, while Cuomo said he chose a more cautious approach based on science.

“The results are in. We tested both theories.  … And now we know what happened. The reopening, done smartly, done intelligently, done on the data, is better for the public health. We saved lives. And it’s better for the economy,” he said.