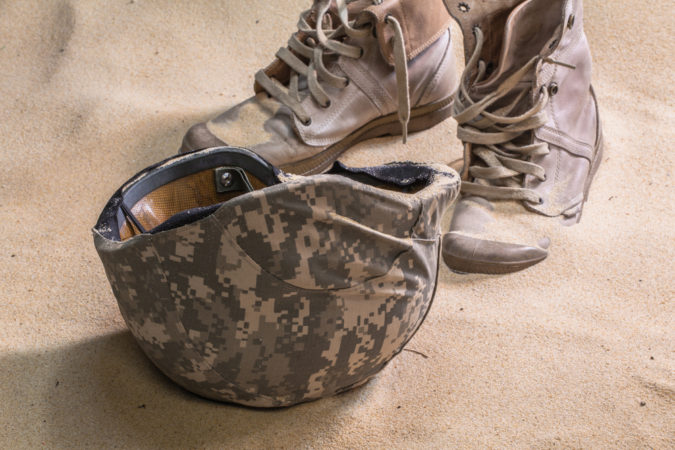 “At the end of the day to serve is an honor and a privilege, first of all,” said Amenta. “I think sometimes that gets lost in the shuffle. And what we wanted to do is tell the authentic veteran story and tell it in a way that’s human and relatable, which is why we started with the pictures and why we made this book”

The Twenty-Year War is a photo portrait coffee table book of 71 different unique veterans stories who have fought over the past 20 years in the global war on terror.

“So our mission, we felt committed to myself, Dan Blakeley, who is also my partner and a former army ranger, and his childhood best friend, Beau Simmons, who is a world caliber of photographer,” said Amenta. “We took portraits of every individual veteran in there to show the American people who they are. And then we collected and wrote down their story and put it in the book about what inspired the 71 brave men and women to serve, what their service was like, what the transition was like and what they’re doing now to continue to make America the greatest nation in the world.”

Check out the book here.