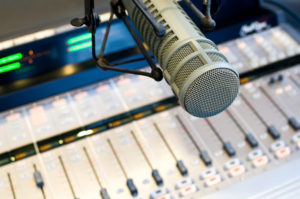 Fountain said Mayor Ashton Hayward and Council President Andy Terhaar have not rejected the CMPA-approved leases. However, she said they were not going to accept the leases “summarily.”

She said, “They completely support the proposal and that they’re excited about the proposal, and they look forward to the proposal, but there are things in the lease that need to be corrected and adjusted, some things still need to be negotiated, some language needs to be clearer, and that’s very standard practice in any big real-estate deal that you’re going to do.”

Fountain said the mayor’s office still supports the proposal and wants the University of West Florida at the Community Maritime Park, but they need to make sure the lease is in the best interest of the city.

Meanwhile, Scott Remington, the attorney for Quint and Rishy Studer, was interviewed on News Talk 1370 WCOA by Don Parker. He said that the changes proposed by Mayor Hayward were more that the few “tweaks” that the mayor announced last week at a city council meeting.

“We were able to finally get some substantive comments from the City earlier this week and the breadth and depth of the changes that they want to make now just render the project unfeasible,” said Remington. “The process, which continues to shift and change, has lead the Studers to the conclusion that they’re much better focusing their efforts elsewhere.”

The attorney said the Studers were offering to pay fair market value and terms that they felt justified a $20-million investment in developments that aren’t money makers.

Remington said, “It’s hard to recoup that investment out of a conference center, a child care center and a university branch campus so we were stretched as tight as we could be.”

He said that unfortunately the leases for parcels 3, 6 and 9 have followed the same “tortured history of YMCA” proposal that died two years ago.

“Quint and Rishy are invested in downtown Pensacola and probably their efforts are best spent working on their own private property and outside of the government.”