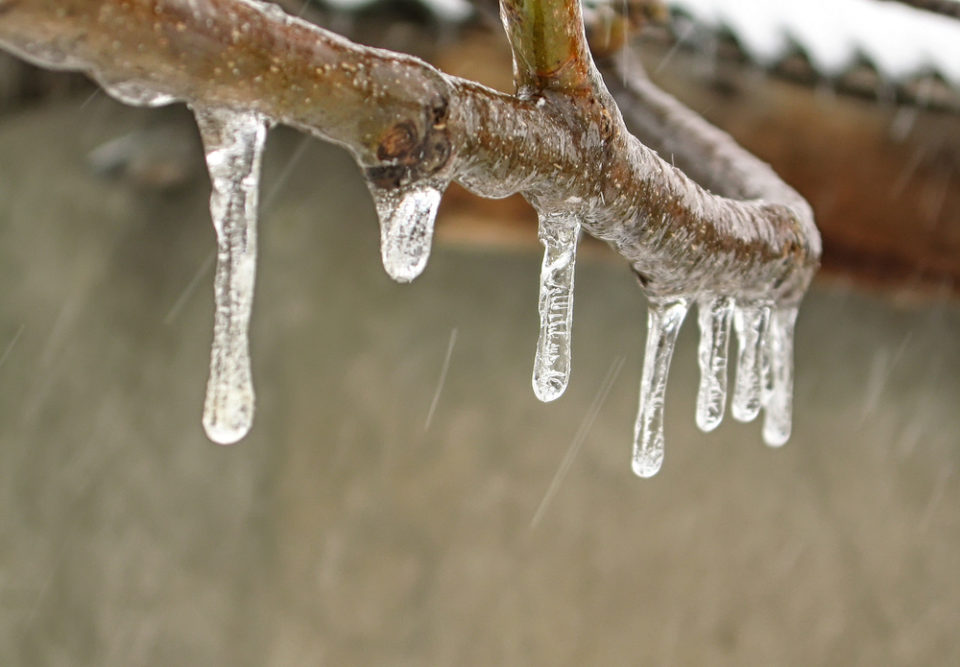 Temperatures are expected to drop more than 30 degrees over the next 12 hours. Wind chill could drop temperatures to upper single digits to lower teens combined with the wind speeds.

Public schools in Escambia and Santa Rosa counties will be closed tomorrow.

Advisory from the National Weather Service:

A light wintry mix will be possible today and tonight over much of
the area. The precipitation is expected to move over west-central Alabama
and interior southeast Mississippi by the mid-afternoon hours,
then reach the coast and Florida panhandle by mid to late
evening.

Snow accumulations are generally expected to be one half
inch or less, though a burst of locally heavier snow may bring
isolated totals up to or just over an inch, mainly over inland
areas. These brief bursts of heavier snow could also produce slick
spots on roads, especially bridges and overpasses. A Winter
Weather Advisory is in effect for much of the area from noon today
until 6am CST Wednesday.

Very cold temperatures move in quickly behind the wintry mix,
leading to the potential for black ice late tonight as any
residual moisture left on roads will freeze. A Hard Freeze Warning
is in effect generally along and west of the I-65 corridor
tonight, where low temps will range from the mid teens to around
20 degrees.

Dangerous wind chill values in the single digits are also expected
tonight across much of the area. A Wind Chill Advisory is in
effect from midnight tonight until 11 am Wednesday morning.

DAYS TWO THROUGH SEVEN…Wednesday through Monday

A Hard Freeze Warning is in effect for the entire area Wednesday
night into early Thursday morning, as lows are expected to once
again dip into the mid to upper teens across much of the area.

A Wind Chill Advisory may be required once again Wednesday night
into early Thursday morning as single digit wind chills will be
possible across much of the area.