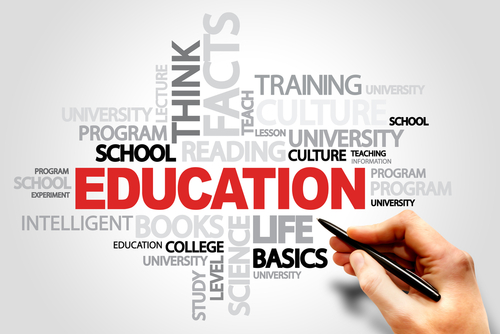 ..By BRANDON LARRABEE,
THE NEWS SERVICE OF FLORIDA

The Senate approved a wide-ranging education bill on a nearly party-line vote Wednesday, sending a laundry list of proposals to the House in the waning days of the legislative session.

Senators voted 28-12 to move ahead with the bill, which includes provisions dealing with everything from funding for high-performing universities to membership in the Florida High School Athletic Association. Sen. Bill Montford, D-Tallahassee, and Sen. Jeremy Ring, D-Margate, joined every Republican member of the chamber in supporting the proposal (HB 7029).

The bill would also add performance funding formulas for higher education into state law, allow parents to transfer their children to any public school in the state that isn’t at capacity and aim to add accountability to construction funding for charter schools.

It’s not clear what the House will choose to do with the massive bill. Leaders were noncommittal on Wednesday, saying they needed an opportunity to sift through everything in the measure.

“We’ll look through it and see what we agree with, what we don’t,” said House Speaker Steve Crisafulli, R-Merritt Island. “I think we mostly agree with everything in that bill. There are a lot of components of individual members and bills that we have in this chamber that are gathered within that bill.”

One portion of the bill that could prove to be a flashpoint deals with construction funding for charter schools. The bill would require “arms-length” transactions for charter schools that use taxpayer money for leases or construction. It would also attempt to give schools that serve lower-income students or those with disabilities a bigger slice of the capital funding doled out by the state.

But the accountability language — which could affect how some private charter-school management companies operate — could run into opposition.

“I believe in charter schools,” said Sen. Don Gaetz, a Niceville Republican who sponsored the bill. “But I wasn’t sent here to make the financial statements better for national companies that operate charter schools. If they make money doing good work, that’s fine.”

Speaking to reporters after the bill passed, Gaetz wouldn’t say whether he would be willing to lose the rest of the bill if the House indicated it wouldn’t go along with the charter-school issue. Separately, he noted that another wide-ranging bill remains available to the Senate.

“If (the bill passed Wednesday) runs into serious trouble, we have another vehicle,” Gaetz said. “That was our plan from the beginning.”

Some late changes to the bill sparked debate on the Senate side. Some members disagreed with a provision that would allow universities approaching “pre-eminent” status to get extra funding. The status is currently enjoyed by the University of Florida and Florida State University, which receive additional money from the state.

The measure could funnel extra money to the University of Central Florida and the University of South Florida as they approach pre-eminent status. But Sen. Dwight Bullard, D-Miami, said some universities would struggle to meet the benchmarks because of their unique missions.

Opponents said the amendment was meant to allow members of school boards who lose votes on association membership to do an end-run around majority votes.

But supporters of the provision said it would empower board members who might not agree with the current association. Some conservatives have joined a small alternative group called the Florida Coalition of School Board Members.

“Why would you want to override the right of the minority on the school board by having them be forced to belong to a certain association that they don’t want to belong to?” asked Sen. Rene Garcia, R-Hialeah.