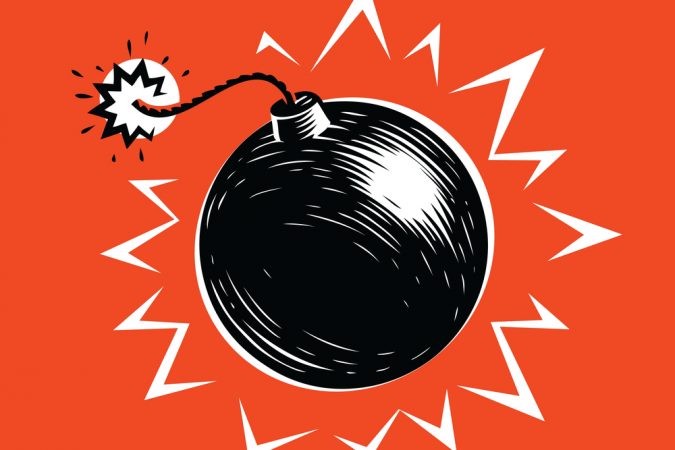 The Escambia Board of County Commissioners found out during its agenda review that Public Safety and its fire department have not been following the county’s HR policies and collective bargaining agreements by maintaining separate personnel folders with reprimands, complaints and counseling notes that never make it to the employee’s official personnel file maintained by the HR department.

Commissioner Jeff Bergosh was told letters were placed in the personnel files of three battalion chiefs regarding electioneering occurring at Station #6. Campaigning on county property is a violation of county policy and state law.  However, the letters were not placed in the HR department’s files for the chiefs.  In other words, someone lied to the commissioner.

Bergosh told Inweekly this morning that he didn’t want to bring the issue but had no confidence that the matter would be corrected unless he made the entire board aware of the problem.

At the agenda review, HR director Jana Still said, “The official personnel file is housed at HR. Public Safety in particular has this thing called a letter to file. It’s a form of documentation that’s not considered disciplinary in nature. And so they don’t send that to HR because it’s not considered official discipline because it’s not part of our progressive discipline process. It’s not even part of any of our collective bargaining.”

County Administrator Janice Gilley hired Still in November 2019.  The HR director said she had been “trying to cull” the practice in Public Safety and had held training sessions on how to properly discipline employees.

Commissioner Bergosh said, “If the fire department has this different thing where they can keep things from going into a file with some method–that’s not in their CBA and not in our policy, that’s not fair to any of the other bargaining groups who are following the policy.”

“Madam Administrator, all of this is very concerning,” said Commissioner Steven Barry.  “I would presume that you’re concerned about this.”

Still interjected, “Yes, we’ve been talking through and working on it since I’ve been here. And I know since Ms.-”

Barry cut her off: “There’s a degree of working on processes. And there’s a degree of saying this is how it is and this is it. That’s not something you work on. These are the rules, whatever the rules are. That’s not a process. In my opinion, that is what’s supposed to happen. It’s not a negotiated thing. It’s not, well, this is what we recommend. This is what the rules are. And it’s not for discussion or, there shouldn’t be ambiguity in what’s expected.”

“Yes, I’m disappointed in the fact that it did not follow the whole process,” said Gilley and then dropped out the discussion, letting the staff explain and defend.

Still pointed out the process was handled by former Public Safety Jason Rogers, who resigned last December. However, the commissioners weren’t going to let Gilley and her staff blame someone for process that Still said  had been going on for years and has continued with HR and the administrator’s knowledge.

Commissioner Lumon May said, “If someone violates a policy and it’s a common practice to violate the policy, then someone needs to be reprimanded. ”

Assistant Debbie Bowers said, “I’ll take responsibility for that. When Jason left, we did have a meeting with the battalion chiefs. We did agree that there would be a letter to the file. Unfortunately, I didn’t know there were different files.”

Bergosh said, “There should not be separate files.”

“I did not know that until yesterday I had a conversation with you and with Chief Williams,” Bowers replied to Bergosh. “He will rectify that. But I did not know when we sent letters to the file, it meant something different.”

Commissioner May said, “Fundamentally EMS and public safety has been a mess. We spent hundreds of thousands of dollars of taxpayer dollars. We sent Janice Kilgore over there. We’d sent Jerry Maygarden over there. We created a compliance department where we were spending almost a million dollars just because we want to straighten that out. And we still have no positive results.”

He continued, “The perception is the reality of running a good old boy’s system. And that’s why we like inclusion and diversity. That’s why we don’t have very many African-Americans there because of this culture of entitlement, a culture that things are being done under the table. And so to me, we got to change that perception if we want to be an all inclusive county.”